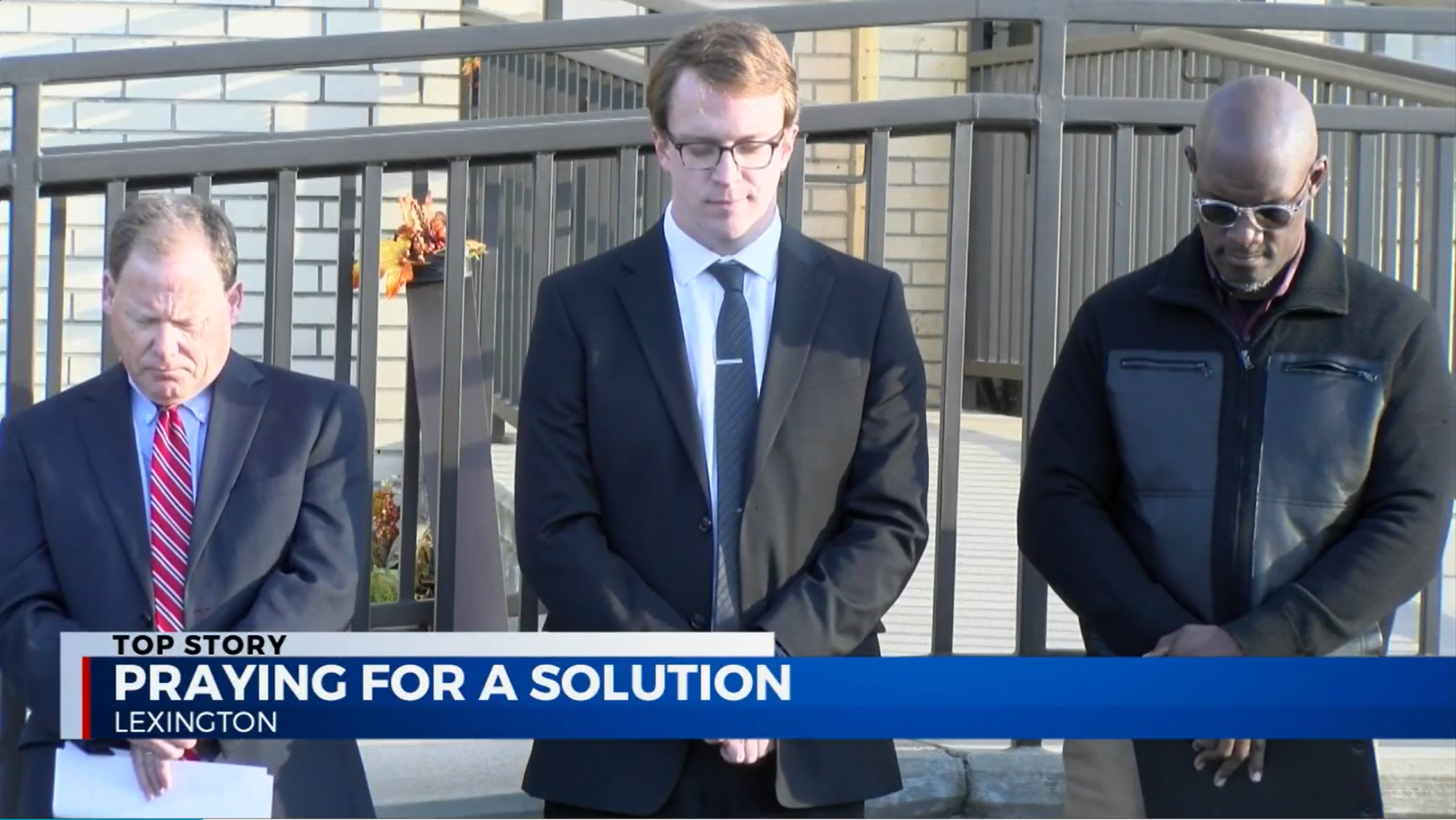 Praying for a solution, faith leaders lead the community in prayer vigil

LEXINGTON, Ky. (WTVQ) – Faith leaders from around Lexington prayed over all people Thursday, for victims and their families, police officers and city leaders and those trapped in the cycle of violence.

“Today we mourn. As we stand in a city that seems to be in the Valley of Shadow of Death.”

The father of Lexington’s latest murder victim praying alongside the faith leaders, saying it’s important to pray for even the people who commit the crimes because they don’t realize the people they’re really hurting.

“You never know what’s going through a person’s mind when they did what they did,” says Robert Wallace Sr.

Over the weekend, Lexington broke its homicide record when Bobbi Wallace Jr. was stabbed to death in his apartment. Wallace Sr. says the healing process hasn’t even begun because it’s a tragedy that shouldn’t have happened to begin with.

“Be woken up at 5 o’clock in the morning to somebody calling you and telling you that your son has been stabbed to death,” says Wallace. “He was my best friend, he was also my son and we’ve been through a lot together.”

Another woman, sharing the story of her family and how her grandson is scared to walk downtown for fear of getting shot at.

“Tell me, where outside of a war zone are children afraid to walk outside, afraid they might be shot? What’s happened to our city that we’re at this point?” says Gail Swanson.

This fear is widespread in the community, says BUILD.

“We would’ve had more people down here but several people at our meeting we had, BUILD meeting we had last week, said a lot of their members said they’re afraid to come down here because of all the shootings,” says Sherry Warsh, BUILD board member.

The vigil ending with a prayer for a solution.