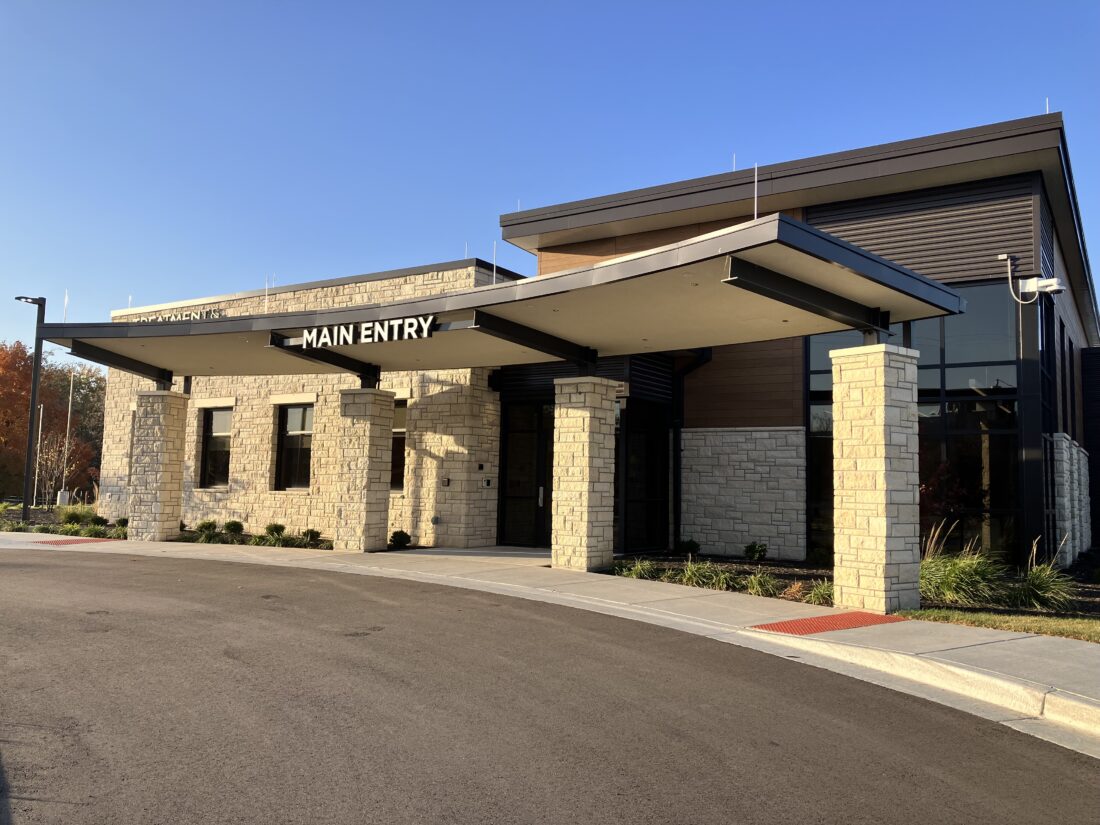 Local activists say the recent controversy over the Treatment and Recovery Center of Douglas County doesn’t square with what voters were expecting when they approved the sales tax to fund the multimillion-dollar facility nearly four years ago, and they say the lack of transparency has created anxiety.

The road to the controversy about the yet-to-open crisis center has been long and winding, and it started nearly four years ago with a tax referendum to fund a behavioral health campus, which is now complete.

When the quarter-cent behavioral health sales tax was overwhelmingly approved by voters in 2018, it was only after a coalition of faith-based activist group Justice Matters, social advocacy group Kansas Appleseed and taxpayer watchdog group Lawrence Sunset Alliance led a successful opposition campaign earlier against its first iteration. The original ballot question tied a behavioral health campus to a $44 million expansion of the county jail.

After the sales tax was approved, LMH Health and Bert Nash Community Mental Health Center formed a nonprofit, Behavioral Health Partners, in 2020 to oversee the center. Today, as the Journal-World reported, documents obtained from LMH Health via a Kansas Open Records Act request confirm that county leaders have been in discussion with Arizona-based Connections Health Solutions to operate the center for several years rather than BHP, but with no official proposal on the table yet.

Those discussions, though they deal with a matter of public interest, have been tense, largely conducted in private and have caught some by surprise.

“At least I thought — and I’m sure a lot of people are thinking this, too — when we voted to spend our tax money, we expected local control over the situation,” Bill Wood, who has been involved with Justice Matters for years, told the Journal-World Friday.

That’s a sentiment that another activist, Patrick Wilbur with the Lawrence Sunset Alliance, largely agrees with. Wilbur said he assumed that Bert Nash and LMH Health would be involved in some way, but not necessarily that they’d be the facility’s primary managers.

But both Wood and Wilbur said that when Behavioral Health Partners was formed two years ago, the community perception was that operation of the center would be local.

It also seemed to Wood that the county’s director of behavioral health projects, Bob Tryanski, played a big part in pulling partners together when the center was forming. That’s when Justice Matters decided that it would be a good time to step back, Wood said, save for infrequent meetings with the group’s mental health team to discuss among themselves how the project seemed to be progressing.

“I know they want the best,” Wood said. “They want to do it right; they want to respect what it’s costing taxpayers, but they also want to make a difference in the lives of the people who need the treatment. I think they’re all trying their best. You get nine people or more around a table, and you’re not always going to agree completely, 100%; there’s going to be some give and take.”

But Wood said he wished there could’ve been more transparency. He said he understood that some questions could be hard to tackle, but Justice Matters and other groups put their faith in the partners who are part of the conversation. Not knowing what’s going on is creating anxiety, he said.

Wilbur likewise expected a lot more transparency, since there’s a “huge” community stake in the project. He said it was concerning that things seemed to be progressing smoothly, at least publicly, when so much behind the scenes apparently was in disarray.

The center hosted a ribbon cutting in June — though it never opened — and it came to light afterward that the nonprofit running it hadn’t produced a budget and had missed important deadlines, among other issues, which County Administrator Sarah Plinsky cited when discussing why the county was considering having the out-of-state company take control for a few years.

“I think the expectation I would have is if there are discussions going on — any discussions, frankly — that impact the Treatment and Recovery Center and the management of it would be completely public,” Wilbur said. “Those notes would be available and certainly any time the commission is involved or county staff is involved in those discussions that we would know what was going on. It’s a little bit surprising that all of this sort of hit the fan at this time.”

Wood said he thought some blame for one issue that Plinsky shared last week — licensing — fell on the state. BHP hadn’t yet applied for a license to operate the facility or explored any alternative licensing scenarios in May, but Wood said that could be because the state has yet to set any guidelines for licensing crisis centers. The facility’s executive director and medical director, Dr. George Thompson, told the Journal-World about that particular obstacle in early October.

Wood said another issue that Plinsky shared, that BHP has yet to produce a budget, was also “disappointing.” He said he could understand the county’s frustrations over that.

But there could be advantages to bringing in a company like Arizona-based Connections in an advisory role, Wood said, to learn from folks who have been successfully operating a facility like the Treatment and Recovery Center.

“I’m glad (the conversation is) out in the open now, though, because it does need to be where the public knows what’s going on a little bit,” Wood said. “(Plinsky’s) expectations and some of the others’ expectations, we’re going to have to work through this. I’m sure they will, because that’s the long-term goal … I still have a lot of hope. It’s a bump in the road, and life is that way.”