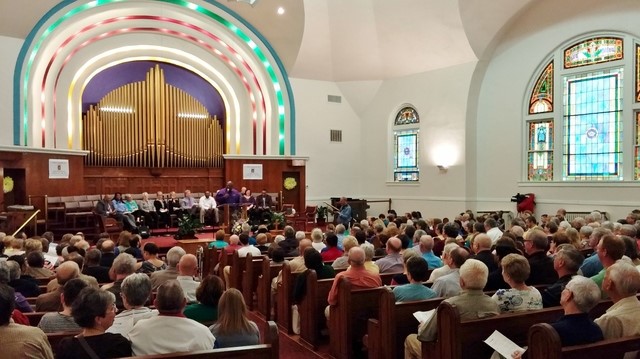 Evansville is in the middle of an opioid epidemic and it’s happening across the Tri-State.

But local leaders say it’ll take a lot more than a plan on paper.

“Can I reach out to people and say, ‘People do not use drugs?’ I would love to,” says Evansville Fire Department Battalion Chief, Dan Grimm, but “it’s a fact of life, they do.”

Putting Narcan in the hands of more people is a major for Gov. Holcomb. It’s the overdose-reverser. His plan includes a network to distribute Narcan on a local level across the state.

The drug is now in the toolbelt of firefighters, as it has been for Evansville Police, AMR, and Vanderburgh, and Warrick County Sheriff’s Deputies.

It’s a harsh reality for men and women on the front lines. EFD has only had the drug for a month after getting a grant to buy it for each truck, and already they’ve brought nine people back.

“These runs are increasing more and more,” Grimm says. “We are so quick to arrive on scene and our basic life support is to make sure they have a good airway.”

The man at the end of the road for overdoses, Steve Lockyear, says the problem is only getting worse. He’s the coroner for Vanderburgh County.

He says last year there were 50 overdoses in the county. A decade ago, the most was 20.

“I don’t think it’s going to be a simple fix,” he says, “I think you’re going to have families, police, doctors, treatment facilities, education.”

Congregations Acting for Justice and Empowerment, or CAJE, has been a community leader in pushing to get Narcan into the hands of first responders across the metro.

At their action meeting earlier this month, Hensman says the Posey County Sheriff’s Office pledged to add Narcan to their cruisers.  Now she says CAJE could focus on equipping Gibson County deputies and the school systems.

“A couple of grams of the carfentanil, which is an elephant tranquilizer, can kill you,” says Grimm, “It’s that simple.”

Governor Holcomb’s plan attacks the problem state wide, but Lockyear believes it starts with you.

“Everybody’s worried about what’s outside, it’s actually their own medicine cabinet they’re in danger of.”