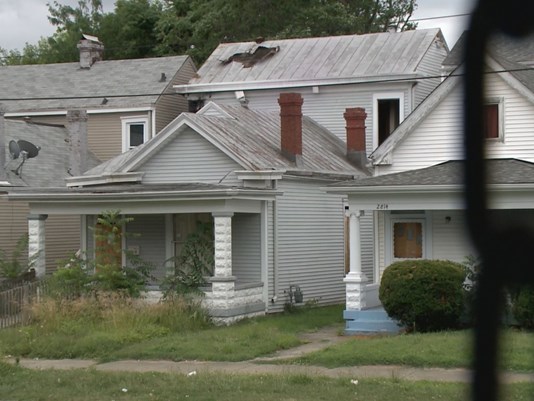 LOUISVILLE, Ky.  – Call it a nearly $10 million gift from Metro Council, or the start of positive change throughout the city where some neighborhoods are struggling with how to handle abandoned homes and buildings.

“Police can’t be the only answer to solving the problems that we have in our community right now,” Beverly Duncan said.

Duncan is the chair of the Citizens of Louisville Organized and United Together Affordable Housing Issue Committee. She worked to get funding for the Trust Fund and has been pushing for years for an increase in funding to help renovate and build more affordable housing units in West Louisville and other sections of town.

“Parents a lot of times end up working two or three jobs just to try to pay the rent and you know their kids may end up spending a lot of their time on supervised,” Duncan told WHAS11.

A major focus this year is rehabbing abandoned homes including the one on Oleanda Avenue which was the scene of an officer-involved shooting in February. William Young was shot and killed after police were called to the vacant home for a report of a burglary.

Duncan says those neighborhoods could cover the entire city, including the west end where the need may be greatest. She’s pleased real money will be going to tackling what she calls a real problem.

“It’s not going to happen overnight. But, with significant funding, we can see the trust fund begin to be a part of the solution,” Duncan said.