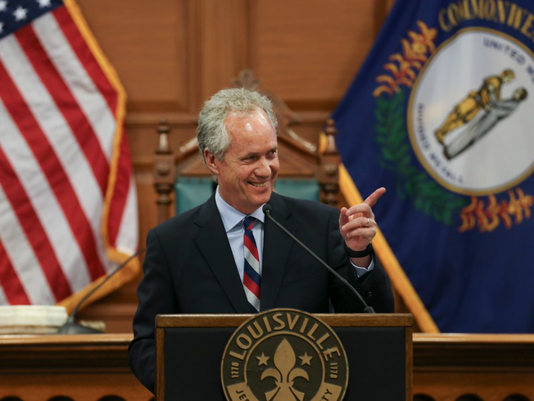 Councilman Bill Hollander, the chairman of the Democratic caucus who called for budget hearings to begin a month earlier, said the additional time “gave council members more time to study the budget and the public more time to weigh in” on public safety, affordable housing and other needs.

Here are the big winners and losers in the initial changes to Fischer’s budget plan:

► Louisville Affordable Housing Trust Fund: After years of lobbying, the long-starved trust fund set for the city’s poorest families will get the roughly $10 million that housing advocates have said it needs.

Fischer had originally wanted $2.5 million for the trust fund, but the council was able to boost that amount by drastically cutting his Louisville CARES program — a revolving housing loan fund set up to encourage developers to build apartment complexes with low-income units.

The budget looked at the $14.5 million given to both and gave two-thirds to the affordable housing trust fund and the remaining one-third to Fischer’s program.

When the trust fund received $2.5 million in last year’s budget, it was doled out to six developers to create about 320 affordable housing units, said Beverly Duncan, a leader with the faith-based group Citizens of Louisville Organized and United Together, or CLOUT.

She said housing advocates are celebrating, since the trust fund was left virtually unfunded for about eight years.

“Metro Council has listened to their constituents who have been demanding full funding of the trust fund for years,” Duncan said. “This allocation is the best investment we can make for safer neighborhoods. It’s the right thing to do and the most compassionate policy for our city.”

► Kentucky Wired: The most contentious debate was over a proposed $5.4 million project to expand Louisville’s ultra-fast internet network, which became a political lightning rod after a Koch brothers affiliated group lobbied against the idea.

Initially, the committee had planned to cut $1.6 million from the project, which seeks to add roughly 96 miles of fiber optic cabling including a 6.6 mile a stretch of along West Broadway.

Councilman Kevin Kramer, vice chairman of the budget committee, said the Fischer administration had greatly overestimated the cost of installing fiber optic lines. He said the city is projecting to spend about $330,000 on fiber per mile when he found estimates as low as $50,000 per mile.

“If you contact a company that sells fiber they’ll tell you the price varies, but it doesn’t by a factor of 10,” said Kramer, R-11th District.

Fischer’s innovation chief Grace Simrall said it’s possible the cost could be lower, but the city wanted to overestimate rather than come up short. The administration is also hoping to obtain a matching federal grant that it hopes will provide cost savings for its technology investments over the long-term.

“If we cut (the project) to $3.8 million then we are limited to $3.8 million, and we just want to make sure everyone understands those implications,” Simrall said.

► Roads and sidewalks: The council redirected the most money toward street paving, sidewalks and others road improvements.

It boosted infrastructure by about $6.4 million bringing its total to $22.6 million. Democrats and Republicans point out that is just above last year’s record spending and about four times more compared to 2013 spending levels.

► Police headquarters: The Fischer administration has been looking to move the Louisville police department to the United Building, 600 S. 7th St., a three-story structure across from the federal courthouse. But the council is cutting a $1.8 million project to lease a new space, and instead calls for spending $300,000 on an architectural study on buying, renovating or building a police headquarters.

► Council discretionary funds and bond projects: The committee’s biggest savings came by pulling part of the $4.6 million from council-designated capital infrastructure funds and around $6.4 million from bonding projects.

According to council staff, half of the $100,000 capital discretionary fund that is given to each council member is being moved to road paving in order to get matching state road funds. The remaining $50,000 will stay with each member to use as they see fit, but Republicans pool their capital funds as a caucus each year.

► Safe & Health Neighborhoods: The office dedicated to violence prevention saw its budget decreased by about $479,000, a move that was decried by its anti-violence advocate Anthony Smith, the officer’s former director. But the council is also planning to boost funding for the nonprofit No More Red Dots campaign by more than half a million, which has partnered with the safe neighborhoods office on many initiatives including its planned violence interrupters team.

The full council will vote on the budget at its 6 p.m. Thursday meeting at City Hall, 601 W. Jefferson St.