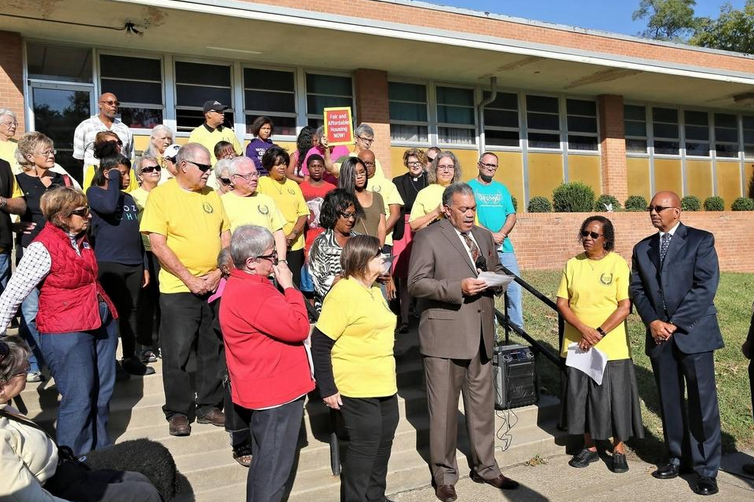 A coalition of Shawnee County churches will gather Monday to advocate for an affordable housing trust fund, a concept they have worked on for two years.

Topeka JUMP, which is comprised of 20 churches, will present a proposal to establish the fund using private and public dollars. It prioritizes the creation and preservation of affordable housing, lead organizer Shanae Holman said in a news release.

“When we do not provide enough rental units that match the wages of workers in our community, it is a lose-lose for everyone,” said Minister Doug Smith, co-chair of JUMP.

Last year, several area leaders heard from a national expert on how affordable trust funds have been developed in other cities during a meeting convened by JUMP.

Local officials are expected to attend the event on Monday, Holman said.

The organization has also voiced support for expanding the Topeka Metro bus system into the county. Susan Duffy, Topeka Metro general manager, is expected to discuss the potential for developing a plan.

The event will take place at 7 p.m. Monday at Most Pure Heart of Mary Catholic Church, 1750 S.W. Stone Ave. It is open to the public.