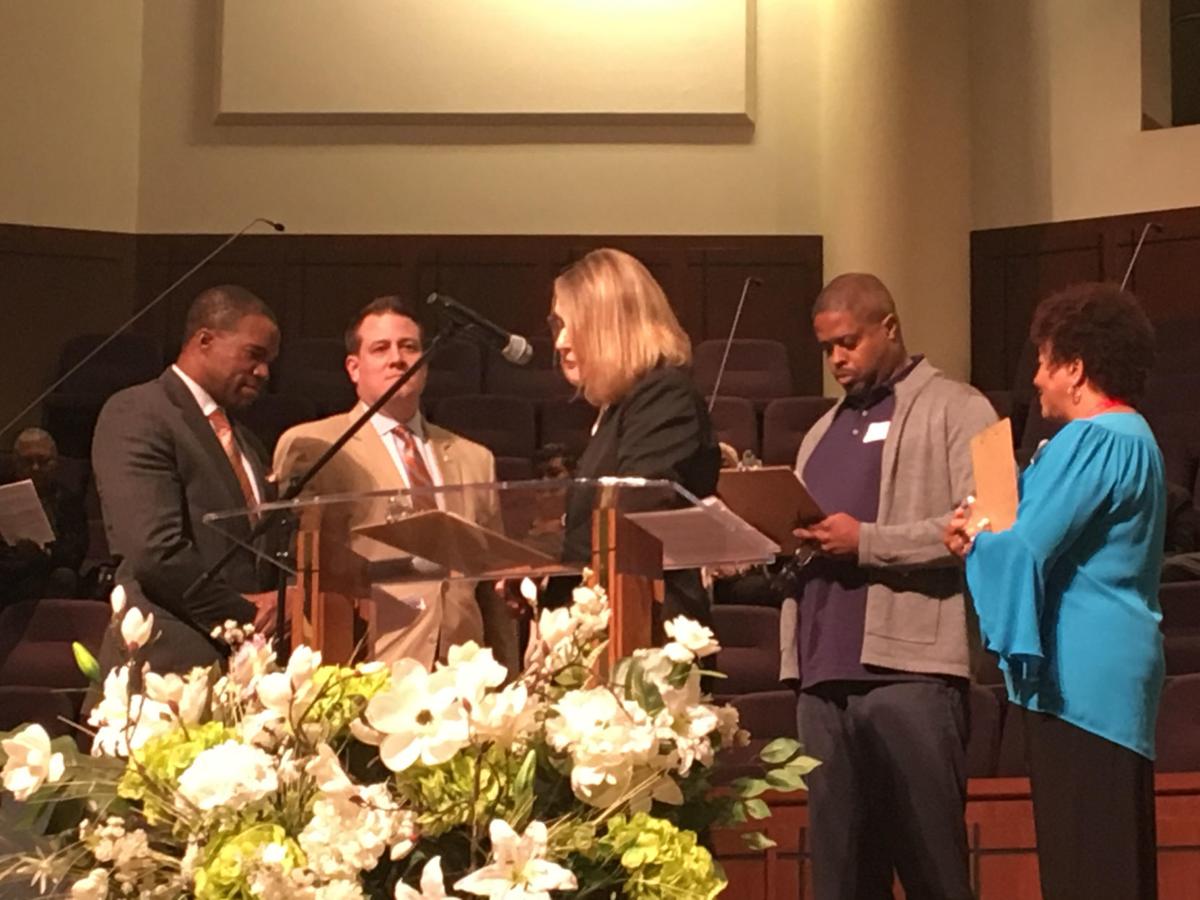 Before a collection of more than 20 congregations across the Richmond region, Chesterfield school administrators made commitments to expand teacher training to drive down minority student suspensions that have garnered Richmond-area schools scrutiny from the state and federal levels in recent years.

At the same time, Richmond schools Superintendent Jason Kamras responded with a “maybe” when it came to rolling out a pilot program to improve student reading levels.

Its members came together as part of the action assembly of Richmonders Involved to Strengthen our Communities, or RISC.

The organization convenes each year and picks an issue to press officials to address. Past issues have included truancy rates in Richmond schools, access to primary health care for the uninsured, and the shortage of affordable housing in the region.

This year, the focus was again on education.

Chesterfield’s chief of schools, John Gordon, and chief academic officer, Thomas Taylor, committed to all of the RISC’s requests, even going beyond one request to say they want to provide support to all schools rather than just the ones with the highest suspension rates.

The officials were pressed on the disproportionate number of suspensions that fall to African-American students with disabilities and a lack of trauma-informed care training for the teachers and staff teaching those students.

However, there are signs of improvement. Nearly all school systems narrowed the gaps compared with the prior school year.

In the 2015-16 school year, an African-American student with disabilities was 3.3 times more likely to receive a long-term suspension in Chesterfield compared with other students with disabilities. That’s a decrease from last year, when that number was 3.78.

On Monday, the two Chesterfield school leaders committed to working with the Virginia Department of Behavioral and Developmental Services to provide all Chesterfield staff with a certain type of trauma-informed training before the first day of the new school year in the fall.

Going beyond RISC’s initial request that focused just on the six schools with the highest suspension rates, the two administrators also said they would develop a contract with a trauma-informed care training provider by the first day of school.

The two Chesterfield administrators also committed to using a nationally recognized assessment tool to measure the results, as well as share a progress report by Oct. 1.

For Richmond, RISC’s focus was on reading levels.

RISC’s leadership could not get Kamras to commit to a pilot of a reading program in two Richmond schools for kindergartners to second-graders.

Kamras said the only reason he said “maybe” was because he was new and needed to do his due diligence. He did commit to following up on the proposal.

RISC’s leadership responded by saying they were disappointed and that Kamras may be new to Richmond, but they aren’t. They promised to follow up with him.

The congregation was most disappointed in Henrico County officials, who members said were unresponsive.

RISC said it plans to amplify the message of improving reading levels for students in the eastern end of the county.

Many in the audience signed an action message Monday with that message.