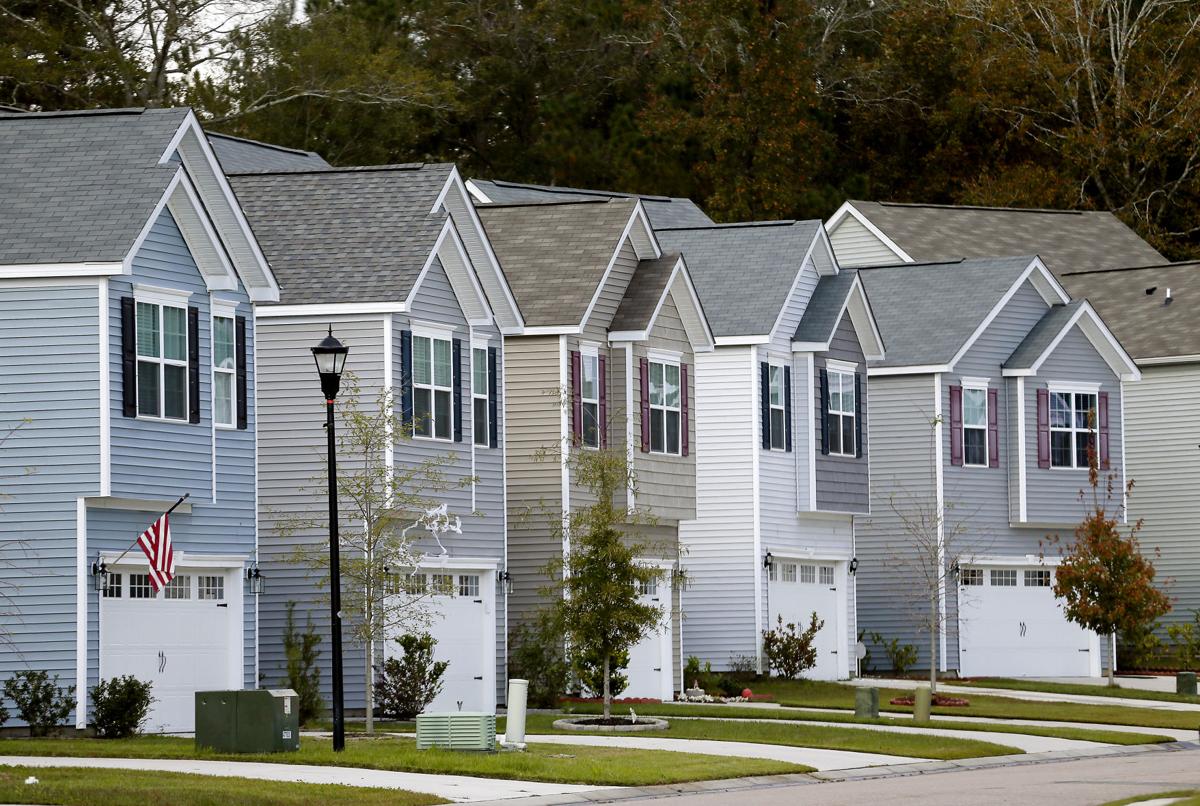 Even as more people over the past year have called for action on the affordable housing shortage in the Charleston region, typical rents and home prices remain higher than what most workers can pay.

In late 2017, The Post and Courier analyzed local housing trends and salary data, revealing that much of the workforce couldn’t afford to live where they worked in the center of the region. As a result, teachers, police officers and hospitality workers were moving farther away into the edges of town for cheaper housing — adding more commuters to an already congested roads system.

A review of updated data showed those trends haven’t let up, despite grassroots efforts and some policy changes that have taken root recently to address the problem.

Technology and manufacturing sectors are growing in Berkeley and Dorchester counties, but Charleston County is still by far the largest hub of employment in the region. The medical and hospitality industries are largely based downtown, and the Boeing plant is based in North Charleston.

Across three counties, the typical household brings in about $57,000-$58,000 a year. That’s not enough to buy the typical single-family home or rent the average apartment near the job centers of the Charleston region. In many cases, people end up spending much more of their income on housing than they can really afford to.

The U.S. Department of Housing and Urban Development says households should spend no more than a third of their income on housing and utility costs. The Joint Center for Housing Studies of Harvard University found 48 percent of renters were paying more than that in the Charleston region.

One thing that’s changed over the past year is the level of public awareness about the issue. A number of community groups including the Charleston Metro Chamber of Commerce and the Charleston Area Justice Ministry have begun advocating for affordable housing solutions, lending an alternative perspective in communities that had begun resenting new housing developments.

“We cannot continue to tell people, ‘Drive until you qualify for the house you can afford.’ It’s not a workable housing strategy,” said Ian Scott, the chamber’s senior vice president of government relations. “We’re all sitting in the traffic that’s resulted from that approach.”

It’s hard to gauge how much of a difference it’s making.

While one major municipality, the city of Charleston, has been pursuing a number of strategies to address the affordability crisis, the government in the other most expensive housing market — Mount Pleasant — has passed more anti-growth policies that will likely exacerbate the problem.

The cost of living

Households have to earn at least $100,000 to afford a house in Mount Pleasant, the Charleston peninsula, Daniel Island, or any of the beach communities, according to the Charleston Trident Association of Realtors. It takes slightly less, about $80,000 to $95,000 to buy in most other parts of Charleston County.

The county’s rent prices have remained at about $1,800 over the past year, according to Zillow. It’s 20 percent cheaper to rent in Dorchester and Berkeley counties, and the price for a typical single-family home is at least $130,000 cheaper than it would be in Charleston County.

The catch is the travel time. Commuter data shows about half of the residents in Berkeley and Dorchester counties have to travel elsewhere for work.

Delia Smith, a server at Peninsula Grill, has worked in Charleston’s hospitality industry for more than 25 years. She said she earns a decent living, but she’s spending much more to rent a much smaller apartment in West Ashley than where she used to live on James Island a few years ago.

When discussing housing issues with friends and co-workers in the hospitality field, she said almost everyone she talked to was struggling to afford where they live. They didn’t want to talk to the newspaper because they were ashamed, she said.

“They’re working multiple jobs,” she said. “They get sick a lot because they don’t have time to rest.”

The region’s booming $7.4 billion hospitality and tourism industry is also one of the lowest-paying, with an average annual wage of $22,152. Its epicenter is on the peninsula, where housing costs are the highest. Inevitably, most workers have to live elsewhere and drive to work.

Smith has been outspoken about at least ensuring workers have access to public transit so they don’t have to spend even more of their wages on parking downtown.

While the city and the Charleston Area Regional Transportation Authority launched a park-and-ride shuttle system particularly for downtown hospitality workers, called the HOP bus, Smith said more solutions are needed to improve the quality of life for most workers.

That’s ultimately hurting employers’ ability to attract and keep good employees, which is a major reason the Charleston Metro Chamber of Commerce has gotten involved in the issue.

“Every employer thrives on a workforce. Human capital is the predominant factor in the economy,” Scott said. “Employers themselves are realizing the role they’ll have to play.”

Melanie Stith, vice president of human resources with Roper St. Francis Healthcare, is among those employers. She joined the chamber’s housing task force about a year ago after realizing how the lack of workforce housing was affecting the hospital’s turnover rate.

“A couple of years ago we started really digging into our exit interview trends and why people were choosing to leave the health system,” she said. “More and more often, we were hearing that it was not that people did not love working for Roper St. Francis Healthcare. … They couldn’t afford to live close to where they worked.”

Now, she frequently attends council meetings around the region to speak in support of policies that would add more housing near the region’s job centers.

As a coastal place, the Charleston region has always had a limited amount of land to build on. The problem is, local governments didn’t set policies to use that scarce land efficiently as the area grew over the last half-century.

For decades, most local governments in the region have favored one type of housing development: subdivisions with single-family homes on large lots.

That’s how most areas such as James Island, West Ashley and Mount Pleasant have grown, so land that’s left there now is more scarce and more valuable than ever. Regulations on parking requirements, lot configurations, and height limits often increase the land needed for a project, further driving up the cost.

To offset those expenses, developers over the last few years have built high-end housing such as luxury apartments. So, even though more units are being built, they’re often out of reach for average workers.

The region still lacks starter homes — generally those that are priced at or below $200,000 — and denser housing types such as cluster homes, duplexes and townhomes.

In suburban communities, it’s those types of projects that see the most resistance from residents, who often argue dense housing will exacerbate traffic or ruin the once-quaint character of their neighborhoods. In response, Mount Pleasant has stopped permitting apartment projects and recently cut back on new building permits in general.

Stith said employers can help in those communities by offering a different perspective.

“I think oftentimes our councils and our governments only hear the voice of disgruntled citizens who don’t want something in their backyard,” she said. “They don’t always hear the employer say, ‘But we’re trying to provide services in that community and we need to have workers … who can live and work in proximity.’”

There are many ways governments can encourage the development of affordable housing options. The city of Charleston is making progress on a number of them.

The city is looking for developers who can build affordable housing on two city-owned properties on the upper peninsula: one on F street near the future Lowcountry Lowline, and another between Nassau, Hanover, Lee and Cooper streets. Combined, they could offer more than 100 units to low-income households.

Through a combination of grants and housing department funds, the city has invested more than $6.5 million to help construct more than 200 new affordable homes since mid-2016. More are on the way.

“We’re on track to deliver hundreds of affordable units over the next several years if our efforts are successful,” said City Planner Jacob Lindsey.

The city will have more funds available to address the problem later this year, when it will begin issuing bonds to help pay for affordable housing developments. In 2017, city residents overwhelmingly voted for a $20 million affordable housing bond.

These are strategies that have been proven to work, Scott said.

“It’ll take some amount of public resources to bridge the gap between what the market can deliver and what the median worker can afford,” he said. “There’s already a lot underway, but we’ll have to scale those up really dramatically.”

Charleston County has jurisdiction over a smaller footprint of land in the urbanized areas, but it has also committed to encouraging more affordable housing along transit hubs in its updated Comprehensive Plan.

The local interfaith group, Charleston Area Justice Ministry, tried to launch a regional housing trust fund last year to get the large local governments to invest in affordable housing. The approach hasn’t gained traction, though the group is still working on the plan and meeting with local officials.

Arnold of the Home Builders Association said the private market could help deliver more affordable price points if governments would speed up the permitting process.

“We’ve seen the length of time it takes to complete a project increase, which also increases prices,” he said. “Some of it is due to more stringent requirements, and some of it is due to those offices not having the resources to review developments put before them.”

The city of Charleston is working on streamlining its process. Lindsey said the city will also be proposing a way for affordable housing projects to be fast-tracked through permitting.

Mount Pleasant has no clear strategy to create affordable housing. Council did exempt affordable housing projects from its permit allocation program, which could help them break ground more quickly than other projects in the town. But without public subsidies or incentives to help make an affordable project work, it’s hard to say if any would come forward.

The town also commissioned a housing study, which led to the creation of a new nonprofit, Housing For All. The group will mostly rely on grants and fundraising to deliver affordable housing, according to board member Daniel Brock.

Arnold is skeptical developing housing at lower price-points will ever be feasible in Mount Pleasant.

“I have yet to see a policy in Mount Pleasant in the last four years that was actually going to bring down the cost of construction,” he said.

While progress has been spotty and housing prices have generally remained high over the past year, Stith said it’s an encouraging sign that more people are aware of the housing shortage and how that impacts their communities.

“People are starting to realize that in order to have central services, this is an issue we have to tackle,” she said.