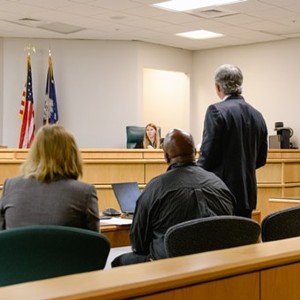 Charleston residents were already fighting to make rent, then came the pandemic

Charleston residents who were already struggling to pay rent now find an even higher hurdle to clear just to make ends meet and remain in their homes. The coronavirus pandemic has had little impact on the real estate market, but mass unemployment sweeping the nation has left many without stable income.

“I’m wrestling with how to measure this for the people whom we feel we are fighting for, those with income between 30-50 percent of the median income, when the housing stock for an average two bedroom is going to be in the area of $1,400 and up,” said the Rev. Charles Heyward, founding pastor of Charleston Area Justice Ministry. “We know you have to have someone working 110 hours a week at minimum wage to be able to afford that kind of housing.

“So, the virus pandemic has been forcing people into existing housing with families, even while we try to expand social distancing,” Heyward said. “I don’t see people on the streets, so that means they are hunkering down somewhere, and that doesn’t help the situation. It’s dangerous.”

The Justice Ministry’s focus has been on housing since 2017 as low-income residents have struggled to keep their homes in the wake of climbing prices and rates.

Those that don’t have alternative housing to fall back on, however, are in an equally dangerous situation. In mid-March, evictions were put on hold by S.C. Supreme Court Chief Justice Don Beatty until May 1, extended by a subsequent order until May 15. But tenants still owe rent, and the eviction freeze won’t hold forever.

“Most people don’t have three-to-six-months-worth of savings, so this is going to impact them significantly,” said Claudette Hart, CAJM’s housing committee co-chair. “North Charleston has one of the highest eviction rates in the country. I know with the pandemic, after the restrictions are lifted, we are going to see even more of a rise throughout the United States, and especially here.”

As of now, there are no recommendations for landlords, other than to work with tenants on rent due while evictions are on hold. But soon enough, landlords will be looking for April and May rents. And on its heels, June.

With the cost of rent at an average of $1,372 per month in Charleston, a $1,200 stimulus check for many won’t even cover their housing bills, leaving many still in bad shape.

“These are only some of the struggles that people are experiencing now and will continue to experience,” Hart said. “Once you’re behind on bills, it’s going to be hard to get caught back up.”

CAJM has been exploring ways to improve the quality of lives of those in the 30-50 percent of median income range. The challenge lies in that many are spending large percentages of income on housing alone, meaning money comes up short elsewhere

“The first hurdle is these folks on the low-income end, less than $15 an hour,” Heyward said. “The second is these people are spending a lot on transportation just getting to and from work. So, these are two needs that have to be addressed simultaneously — the lack of income, and inadequate public transportation.”

Before the outbreak forced businesses to close their doors and communities to stay home, CAJM was researching impacts of a housing trust fund between Lowcountry municipalities and speaking with officials about getting one set up here. But now, getting in touch with those officials is a bit harder, but not impossible.

“We have shifted to virtual meetings,” Hart said. “We are up and running and still working toward housing. We haven’t stopped. It did slow us down for a couple weeks, but we are back to speaking with various authorities and resources that would be able to help or give ideas into what we are trying to do.”

What they are trying to do is help convince the city and county governments to put money, potentially from a property tax increase, into a trust fund wherein developers and contractors can draw no-interest loans to reduce the cost of constructing homes to provide affordable housing.

Prior to the quarantine, the plan was to gather 2,000 community members in one place for the group’s annual Nehemiah Action to make their demands known to elected officials, but the pandemic put a damper on those plans.

Fortunately, there are ways that the community can get involved. Hart said the best thing anyone can do to ensure CAJM’s work is being done is to simply be willing to help one another.

“We are all in this together,” Hart said. “We are going to have to work together. The saying goes, ‘One hand reaches another,’ so we have to reach out to each other and help those in financial crises or in need of any kind. This is how we are going to be better.”

“It’s a matter of being a voice,” Heyward added. “Whether it’s by telephone calls, letters, petitions, people should be speaking to their elected officials, their representatives. Everybody knows somebody who is challenged, and they ought to speak up. Their voices need to be heard in a way that they can be counted.”

If anything, the coronavirus response can shine some light on those who may not get a fair shake as we confront difficult issues.