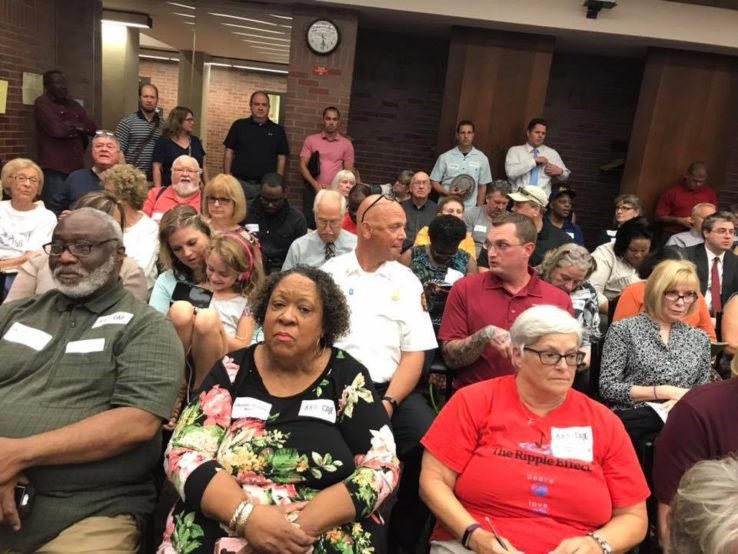 Burton defends amendment to shift funds to housing; others say it ‘defunds’ police

EVANSVILLE, Ind. —The Evansville City Council sparred Monday over how to best meet public safety and affordable housing needs for 2021, at a time when revenues are challenged by the COVID-19 pandemic.

An amendment to Mayor Lloyd Winnecke’s budget proposal for next year authored by Council President Alex Burton was a lightning rod and led to allegations that Burton sought to “defund” police.

Burton denied that. His amendment essentially subtracts $250,000 from the public safety income tax fund, which carries a surplus, and adds $250,000 to the Affordable Housing Trust Fund.

The police department’s general fund budget for 2021, more than $37 million, is unchanged. Officers are to receive 4-percent pay raises.

Burton, D-Fourth Ward, cited the city’s affordable housing shortage and the issue of homelessness. He said his proposal seeks to address those problems while maintaining police funding budgeted for 2021.

The budget plan Winnecke presented for City Council consideration places $500,000 in gambling revenues into the Affordable Housing Trust Fund. Burton’s plan would boost that by $250,000.

There was no vote Monday on any 2021 budget amendments, only discussion. The next council meeting is Sept. 28. Burton said his amendment will be on the agenda for a vote that evening.

Many in the audience agreed with that categorization. Some commenters were so animated in their opposition that Finance Chair Ron Beane, R-At-Large, multiple times urged them to “dial it back.”

“I’m requesting this city increase funding for the police by $500,000,” Theresa Finn said. Finn spoke about issues she’s had with a neighbor who she said was released from jail due to the pandemic.

“You are putting kids and everyone else in this room in danger by relocating money from the police,” Gabe Whitley said.

The faith-based coalition Congregations Acting for Justice and Empowerment had multiple speakers at the meeting. Housing and safe neighborhoods are two of CAJE’s priority issues.

D.J. Thompson, president of the local Fraternal Order of Police, argued against Burton’s amendment, saying the public safety income tax was not created for other purposes.

Thompson told councilors he hasn’t had training with his service weapon in months due to a lack of funds for ammunition.

“We do not buy ammo because we are short on money,” Thompson said. “I shoot a plastic gun at a video game. That’s my training, once a quarter.”

Beane later in the meeting said ammunition prices have increased during the pandemic, and EPD should bring the City Council a request if more funding is needed for it.

Burton redirected some verbal fire at Weaver, with whom he has feuded on social media.

Burton noted Weaver has proposed a 3-percent citywide spending cut for 2021, and Burton said public safety budgets would be negatively impacted if that passed.

Weaver replied it would up to Winnecke and his department heads to decide where the funding cuts took place.

Burton rejected calls to withdraw his own amendment and said opponents of it were bringing national political talking points to a place where they aren’t warranted.

“We should be working together to fund solutions and not throwing buzzwords out there to get everyone upset,” Burton said.

Beane did not say how he would vote on Burton’s amendment, but he said Burton brought it forward in good faith.

“He’s always got an idea and wants to do something that will help,” Beane said of Burton.

Elpers, again, made his opposition clear.

“The idea is garbage,” he said.