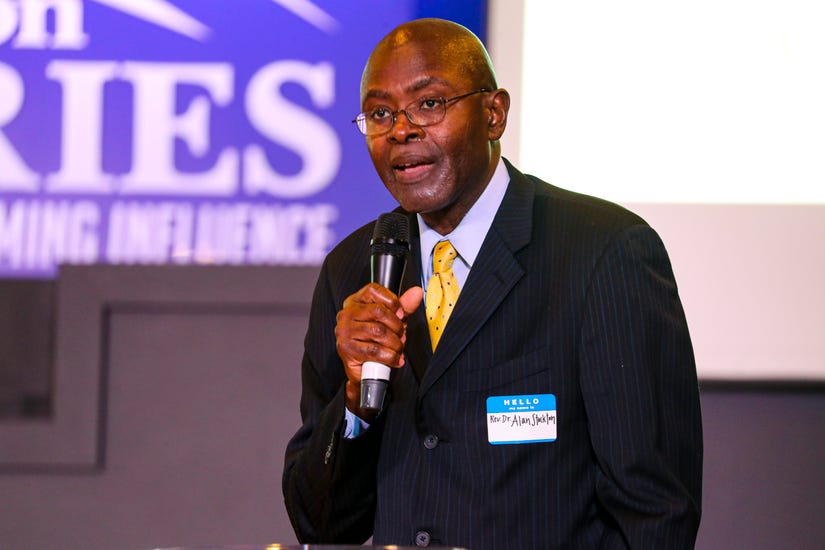 By midday Monday, word was out that the Fort Myers City Council would be talking about a mayoral pledge made last week to work toward creating a housing trust fund to support construction of more affordable housing in the city.

Within hours, dozens of members of LIFE, Lee Interfaith for Empowerment, descended on City Hall to demand that the council meet Mayor Kevin Anderson’s promise to get a housing trust fund ordinance in the pipeline.

After a public comment period Councilmember Johnnie Streets made a formal motion Monday asking that the ordinance to restart a housing trust fund be on the city council agenda in two weeks and that the funding level for the trust fund be established as the council sets its budget for next year.

It passed unanimously, and the draft ordinance is expected to be ready to be considered later this month.

“The consensus was that we were going to restart the affordable housing trust fund that’s what we said we were going to do, but we never did,” Streets said. “In the city of Fort Myers we don’t follow trends, we need to set them.”

At a public meeting last week Anderson promised to have an ordinance creating the trust fund on the agenda for the council’s May 17 meeting.

He made the pledge at the Nehemiah Action at Mt. Hermon Ministries in Dunbar last week, and advocates decided to remind him two weeks early.

Members of LIFE, people drawn together through church groups, gather in a Nehemiah Action meeting each year to inspire action on social issues. Issues such as affordable infant care and improved access to mental health services for young people have been heard. Affordable housing has been a theme at many Nehemiah Action meetings.

Jessica Addison, 36, clergy, church activists and people who find housing prices soaring beyond their ability to pay filled out a public speaking card and waited for the chance to speak.

Frustrated by having to listen to discussions about routine issues while waiting to talk about the need for housing, Addison tossed aside the notes she had prepared for the three minutes of city council attention she would receive in a public comment period.

“I originally came with notes prepared, but I want you to hear my heart,” Addison said. “I want you to understand how it feels to not want to grow up in an unsafe neighborhood where your parents have to work hard day in and day out to put a roof over your head.”

She had been hit by a stray bullet, a victim of street violence involving others in the neighborhood, off Palm Beach Boulevard.

“I was shot 16 years ago, and being in a hospital I ended up losing my place, losing my job and ended up having to move back with my mom in the same place where I got shot,” she said later in an interview. “Not only did I have to stay there, I had to raise my children there, not letting them go outside and play because I was too afraid that something might happen to them.”

She saved enough money to get a new apartment, but by the time she had the money to pay for a safer place for her and her young daughters, the landlord raised the rent. She opted not to pay, to bank the money, and find affordable housing on her own.

“It took me not paying my rent for two months to move where I am now,” Addison said. “I was paying $525. In five years the rent went up to over $1,200. It’s not fair. I’m a hard working citizen. I don’t sit on my behind. I don’t look for handouts. All I’m asking for is help to keep a stable and safe roof over my children’s heads.”

After addressing the council, Addison left the council chamber. The News-Press found her listening to others talk about the need for affordable housing. She sat listening and applauding on a bench beneath the City Hall portrait of Thomas Edison for whom any dwelling, such as the inventor’s winter estate in a neighborhood as safe as any in Fort Myers, was always affordable.

“We have to work two and three jobs to save up just to put them in a better home, just so you can risk losing a home over your head because the rent is going up,” she said.

Making the rent has become harder. Addison said she was diagnosed with epilepsy. She works to earn the maximum allowed to supplement her Social Security Disability Insurance benefit, but it still isn’t enough.

“The rent is going up; I have to find things that I have to cut down,” she said. “Just teaching my kids not to not burn the lights all the time and turn the air off but it’s, ‘Ack, it’s summer, and it is hot out.'”

Housing trust funds are financed by such mechanisms as impact fees and contributions from developers, revenue from sale of city-owned property, surplus funds, and appropriations by government. In Key West, parking meter collections are used.

There is an assortment of mechanisms to leverage affordable housing trust income with actual homes. New construction, rehabilitation of multi-family housing, and acquisition of housing stock are the most used, according to the Center for Community Change, a national community organizing group inspired by Robert Kennedy.

The memory of taking a bullet meant for someone else and the day-to-day reality of raising her daughters, one a pre-teen, the other soon to turn 13, makes it clear to Addison that a housing trust means her children can thrive.

Calling for action alongside other people whose access to safe, affordable housing is always at risk and alongside their advocates was beneficial to Addison.

“It makes me feel like I’m not alone, as if you’re not trying hard enough,” she said. “When you see other people who have the same interests, that you’re not the only one that’s going through those things, (it) is very important.