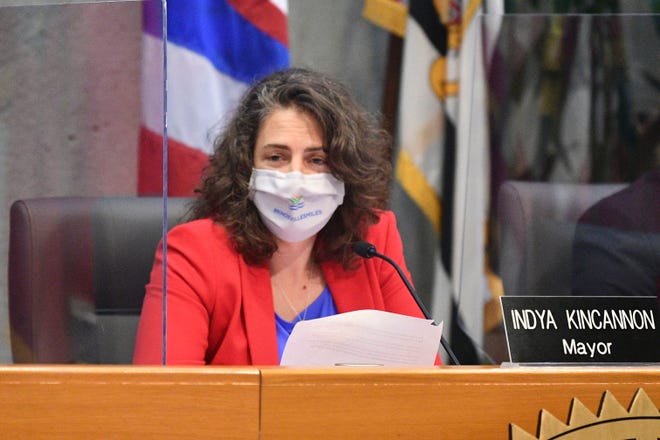 Champions of affordable housing got a big win this week as the Knoxville City Council approved Mayor Indya Kincannon’s proposed budget with its heavy emphasis on helping the working poor.

Kincannon has proposed a sizable commitment in her newest budget plan, which sets aside $50 million over 10 years for a new Affordable Housing Fund. The money will be used to support housing developments like mixed-income residences.

The commitment represents another way the city is working to fix systemic inequalities in economic opportunity and race. In the last six months, council members have approved legislation that apologized and sets about making financial amends for decades of urban removal and earlier this year set aside $1 million for violence prevention work.

The housing proposal is a way to meet basic needs. The percentage of Knoxville residents living in poverty is more than double the national rate, according to U.S. Census data.

Over several months, members of Kincannon’s staff met with members of Justice Knox, a coalition of church members and activists that looks for solutions for affordable housing, mental health issues and public transportation.

Those meetings resulted in the proposal Kincannon announced last week. The mayor has set aside $8.1 million for the fund this year. Creation of the fund requires two votes from council. It was unanimously approved Tuesday.

On Monday, Justice Knox hosted its annual Nehemiah Action Assembly, a convening of over 1,000 people of faith at the World’s Fair Park Amphitheater and over a Zoom call. The call to action for supporters to create a more just community included holding leaders accountable for meeting basic needs like affordable housing.

Johnson said $50 million sounds like a lot of money, and it is, but even more needs to be done. She recounted stories of people struggling to pay rent, like a man who worked full-time at a local restaurant but has to live in a tent and a grandmother who has to sleep on the floor of her granddaughter’s room because she can’t afford her own place.

Because many of the modern affordable housing developments are mixed-income to serve a variety of families, Johnson said it will take time to reach a base level where the city is able to meet the needs of low-income residents.

“Let’s celebrate, but let’s not rest until all of our neighbors have affordable, decent homes,” she said.

On Tuesday, Kincannon said stable and secure housing improves community residents’ mental and physical health. She said it continues to be a tremendous challenge that isn’t going away.

City estimates indicate that more than one in three households in Knoxville pay too much for housing (that is, they pay more than 30% of their income on rent), and over the last several years, housing costs have increased at a higher rate than household incomes.

“It’s just a really tight supply, so to the extent that we can encourage people to build more housing, to revitalize existing properties, to build in higher density along the corridors … (this) affordable housing fund is going to help with that,” she said.

A breakdown of the $8.1 million proposed in this budget:

Budget approved on first reading
A number of speakers protested the budget plan, mainly with demands to realign police funding.

Two council members voted against the budget. Amelia Parker and Seema Singh voted “no” out of principle because the council’s hands are tied when it comes to approving the budget.

As Law Director Charles Swanson explained, the city’s charter requires two readings of the budget but also requires it be approved on first reading. On second reading, line items cannot be amended and again, the second vote is required and if it doesn’t pass the mayor’s budget will still be approved. A budget line hasn’t been changed during the process since the 1980s, Swanson said.