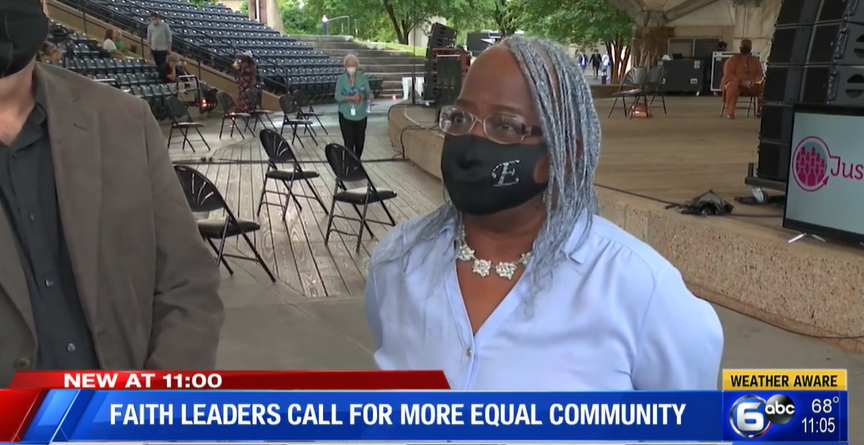 This group is called Justice Knox and their goal is to invite these leaders to partner with them and help create a more just and equal community.

Mayor Indya Kincannon was present. Organizers say this was also an opportunity to celebrate her for the work she has already done with Justice Knox.

“We are recognizing mayor Kincannon for her commitment and her promise that she made before she was elected that she would work with us,” said Elizabeth Johnson, co-president of Justice Knox.

“I made a commitment to publicly support affordable housing two years ago. And now as mayor, I’ve been able to follow through on that and we are going to be able to commit 5 million dollars to affordable housing a year at least for 10 continuous years,” Kincannon said.

While there is still more work to be done, organizers say this event was a call to local leaders to keep doing the work they believe will create a more equal Knoxville.