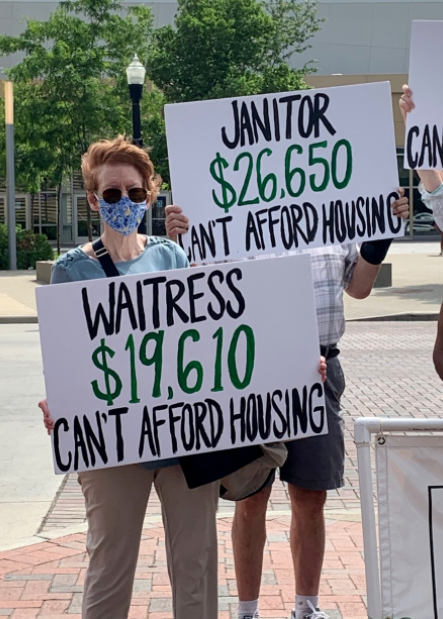 COLUMBUS, Ohio (WSYX) — There has been a steady flow of eviction cases heading to court in Franklin County, and there has been no signs of them slowing down. Even with a moratorium on evictions to help people from getting kicked out, that hasn’t stopped landlords from filing eviction cases.

Wednesday morning, a group of people gathered outside of the convention center to raise awareness on the issue. The group is called Building Responsibility Equality and Dignity, or B.R.E.A.D for short. They called on Mayor Ginther, Franklin County Commissioners and city council to use some of the federal stimulus money to help build affordable housing. They say that way people don’t have to worry about evictions.

BREAD organizers said things are getting so bad for many low income families that they are forced to live in their cars or tents because they have no place to go. They say when someone has a criminal record or on low-income it’s nearly impossible to find affordable housing.

The group said city and county leaders need to act now to help residents due to the dire situation.