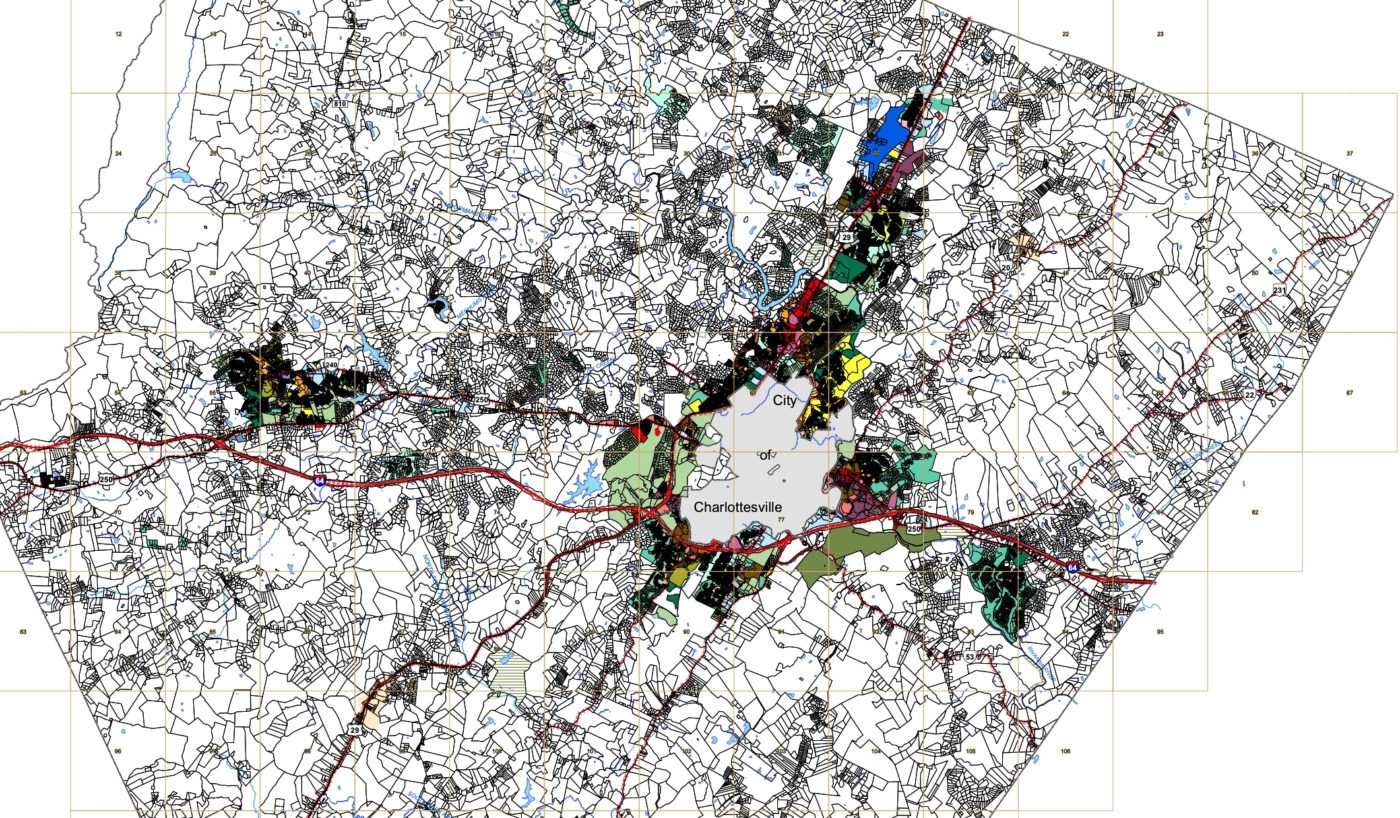 Albemarle County is on the brink of adopting a new housing policy, the first step in updating its Comprehensive Plan. That update is something that all Virginia counties and cities must have, per state law.

The county adopted its most recent Affordable Housing Policy in 2004, and its current Comprehensive Plan in June 2015. More than a few things have changed drastically for the County since 2004, and even since 2015, and housing — the availability/quantity (not enough) and the price (high and rising) — is perhaps the most pressing issue of all.

that took a close look at housing needs both in the county and regionally. The report identified more than 10,000 Albemarle County households (41% of the county’s renters and 20% of its homeowners) struggling with housing costs, among other findings about the current and possible future state of housing in the county — including that the county is expected to grow by an additional 10,070 households by 2040.

“The TJPDC regional housing study was the impetus for updating the housing policy now, rather than waiting until the county updated the Comprehensive Plan,” said Stacy Pethia, housing policy manager for Albemarle County.

(For anyone wondering how this compares to where Charlottesville is in its own process, the city adopted a new housing plan in March and consultants are working alongside many community members to revise the current draft of the future land use map.)

The county’s new housing policy, currently in draft form, “has taken a bit of time,” said Pethia, who previously worked for various nonprofit and government housing programs in other cities. Pethia and other staff started research on a new housing plan draft in October 2019 with a number of community meetings, including three open public sessions in the Albemarle County Office Building. The team also held a series of focus groups in coordination with various area housing nonprofits with nonprofit staff, as well as the families and individuals they serve, “to get a better understanding from the service provider perspective on what the issues are with housing, to the people who rely on affordable housing programs and what their experiences are in the county,” Pethia said.

Among other groups, Pethia partnered with the county’s Office of Equity and Inclusion, seeking comments and input during the office’s equity roadshows. Altogether, more than 400 county residents gave feedback in this phase, said Pethia.

As stated in the policy draft, Pethia also consulted with a stakeholder committee made up of individuals representing a number of groups, including county residents over the age of 65; people experiencing homelessness; the Interfaith Movement Promoting Action By Congregations Together, or IMPACT; for-profit developers of multifamily rental housing; the Regional Housing Partnership; local employers; homeowners; low-income households; and the city of Charlottesville.

Next came a policy draft, and work sessions with the county’s Planning Commission and its Board of Supervisors that produced yet another draft, which was followed by another community comment period in February, where people could comment online about the draft (about 76 people offered comment in that phase, in that way, said Pethia). Community feedback led to yet another revision of the draft plan, which Pethia shared with the Board of Supervisors in March.

What’s in the plan?
Plenty. But a good place to start is with the 12 policy objectives outlined in the current draft:

Each of these objectives includes recommendations on strategies and action steps. Stakeholders also prioritized some of the aforementioned objectives’ strategies, indicating that these are the ones that the county should implement first:

Strategy 5a: Develop an Affordable Dwelling Unit Program structure and guidelines, including provisions.

Strategy 6a: Develop and implement a sustainable Housing Trust Fund for adoption by the Board of Supervisors.

The draft also lays out “indicators of progress” as related to the policy and resulting objectives.

Earlier this month, Pethia brought the current draft to the County’s Planning Commission for a public hearing, and the Planning Commission recommended that the Board of Supervisors adopt the proposed housing policy at its upcoming public meeting on June 16.

So, what’s next?
Quite a bit. Remember, the draft housing policy (it hasn’t been adopted yet and could change before it is) is just one step — and the first step! — that the county will take in updating its Comprehensive Plan.

The Albemarle Board of Supervisors plans to hold a public hearing on the draft housing policy on June 16 and vote on whether to adopt it in its current form. If adopted, the housing policy will become a chapter in the Comprehensive Plan.

Then, Pethia and other county staff will begin to implement those objectives outlined in the housing policy (listed above).

But, as the policy points out in Objective 7, “as with all policies and programs, Albemarle County’s housing policy will only be effective if it reflects the needs of our residents. A housing advisory committee, comprised of members from our local community, will help ensure the county’s policy is aligned with community needs.” A housing policy alone is not a fix-all, hence why it is just one part of a much larger plan.

Additionally, each of Albemarle County’s designated Development Areas — Crozet, Pantops, the Village of Rivanna, Places29/Rio29 and Southern and Western Neighborhoods — is working on its own master plan.

“The master plans outline a 20-year vision for each area, including transportation, recreation, environmental protection, and capital improvements,” Pethia said. “In general, master plans provide recommendations for creating attractive, livable, urban communities and efficient use of limited space.” These five master plans will become part of the county’s Comprehensive Plan, as well.

Pethia assumes that Albemarle County will draft a new land use plan (which is separate from, but to be informed by, the housing policy) at some point.

And remember: A land use map is not a zoning map.