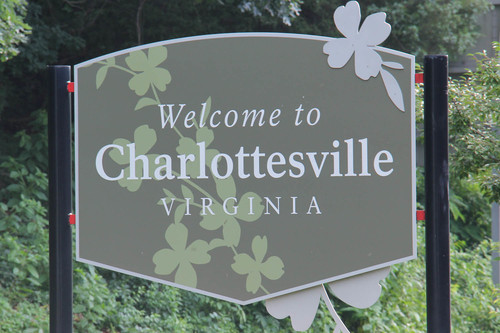 By Allison Wrabel, The Daily Progress

A new housing policy has been adopted for Albemarle County.

During its meeting Wednesday, the Board of Supervisors officially adopted the policy to help tackle affordable housing needs in the community.

New affordable housing requirements and definitions — including that rezonings/special-use permits have 20% affordable housing, as well as changes to unit prices and extended periods of affordability — will be delayed until incentives are approved.

The board had been scheduled to adopt the policy last month, but held off to add notations on the strategies that will be delayed.

The policy was on the consent agenda, but was pulled by Supervisor Donna Price, who said she has heard concerns from developers about whether the county is going to be able to meet some of the objectives.

“One is with regard to the for-sale affordable housing, whether the target metrics that have been set are going to be financially able to then be met, and the other is that in the absence of having the incentives package, I’m concerned about approving what I would consider to be an incomplete housing plan,” she said.

Currently, the maximum sales price for affordable housing in Albemarle is $243,750.

The new policy, with a delay, sets the sales price for affordable housing at $204,100 or less, based on current numbers, and the maximum sales price for workforce housing would be $209,950 or less. Those amounts are based on 65% of the federal HOME Program’s one-unit purchase price limit for existing and new housing for Albemarle, which changes annually.

Jodie Filardo, the county’s director of community development, said since the board’s last meeting, county staffers have had a listening session with developers to hear concerns and had a staff meeting to determine approaches on the developer incentives.

“Our intent then is to have a subset of a meeting with a couple key people to float these ideas past them, and then to have a bigger meeting once again with the same listening group from before to share those ideas and get the developer feedback on whether or not those are worth pursuing, and we expect to have those meetings wrapped up by the end of this month,” Filardo said.

Some of the suggestions from staff are going to require zoning ordinance amendments, Filardo said, which are “never quick.”

“It is going to take some time because we have a lot of stakeholders we need to vet this through,” she said. “Believe me, we are making haste on this because we want to see this move forward. But I don’t have a good estimate yet until we get our follow-on meeting with the larger developer groups to see if they like what we have to say and would be supportive of helping us work that through.”

Stacy Pethia, the county’s housing policy manager, said most of the strategies can move forward once the policy is approved, even with the delay for some as incentives are developed.

Board Chairman Ned Gallaway said he wanted to get the policy approved so the board can get to working out the details.

“The policy is the direction,” he said. “Let’s get started and let’s get all of these things ironed out, and a lot of elements are going to have to come back to the board for our signoff.”

During public comment, community members encouraged the county to put more money in a housing fund and to fund a right-to-counsel program for county residents facing eviction.

Lydia Brunk, co-chair of the Housing Justice committee of the Charlottesville chapter of the Democratic Socialists of America, said a plan to prevent evictions is incomplete without allocating funding to a right-to-counsel program.

“Outreach, rent relief and other measures are wonderful but cannot address all situations or assist all residents,” she said. “If you have a difficult situation with a landlord unrelated to the payment of rent, rent relief is not going to be able to resolve the situation.”

Janie Pudhorodsky, with Interfaith Movement Promoting Action by Congregations Together, encouraged the board to put aside $3 million of American Rescue Plan Act funds for an affordable housing trust fund. A trust fund is recommended in the policy.

“The trust fund is a tool that can leverage on average $8 of outside money for every dollar spent by the county, but it can only do this if it is adequately funded,” Pudhorodsky, said. “The affordable housing crisis is a systemic problem that needs more than words of support for affordable housing.”

Andy Bowman, the county’s chief of the budget division, said American Rescue Plan Act funds in an undesignated reserve would not be allowable.

“Certainly, if it’s in a reserve that we then plan later with ARPA timelines, we can work through that, but just as a general rule, to put that in reserve, we just need to make sure that we have a plan to execute based on the guidance and the timeline, should that be a direction the board pursues,” he said.