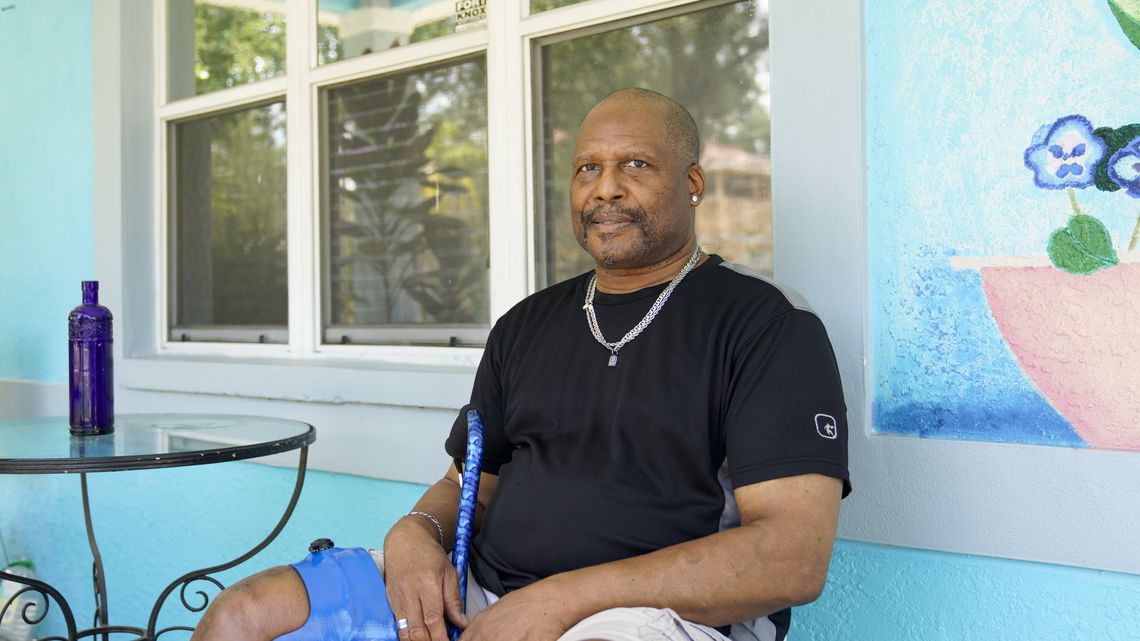 Alvin Dogan was driving home from work one day, his daughter’s birthday gift beside him.

Dogan had just turned off 4th Street North after taking a coworker home when St. Petersburg police pulled him over. He was told he had run a stop sign.

Previously, Dogan’s license had been suspended for driving without insurance. But by this time in 1985, he had paid his fines and his license had been reinstated. He had visited the Pinellas County Clerk’s Office, where a worker told him to keep the record of his reinstatement in his glove compartment — in case he got pulled over. Florida’s records system is notoriously slow to update, she told him.

Still, as Dogan held the document in hand, police arrested him. By the time he finally got home, his daughter was fast asleep. The gift would have to wait.

“I had some plans to do something with her,” Dogan said. “I never tell her what I’m going to do, I just do it. But I didn’t get to.”

Today, encounters like Dogan’s and the black mark that an arrest often leaves can be avoided through local programs that enable law enforcement officers to issue civil citations for certain relatively minor offenses. But the programs need to be expanded, agreed faith leaders from around Florida who gathered last week to celebrate the change.

Dogan might have resolved his misunderstanding with a phone call instead of a court date if a citation had been available to the police in his case.

“We could’ve said, ‘Okay, this is what we’re gonna do,” said Dogan, 62, of St. Petersburg, one of some 300 people attending the statewide Call to Justice event over Zoom on Tuesday night. “’We’re going to write your citation. You need to report to the clerk of court.’Then, it’s up to the individual to take action.”

The Tuesday gathering was organized by the church-based nonprofit network DART, the Direct Action and Research Training Center.

Because of recent expansions in the offenses covered through the programs, the number of children eligible for citations instead of arrest rose from 500 in May 2020 to more than 1,100 a year later, in April 2021. But during both months, only about half of the children eligible were offered the alternative.

In 2016, Pinellas County Sheriff Bob Gualtieri launched the Adult Pre-Arrest Diversion Program. Offenses that qualify include possession of marijuana paraphernalia and theft under $300. Those who take part must accept responsibility for their actions and pay restitution and can have no misdemeanor on their record from the previous past two years or felony from the previous five years.

Hillsborough County has had an adult diversion program since 2017, available to adults who commit misdemeanors so long as they have no more than a minimal criminal record. Hillsborough also expanded its juvenile program in May so that now any first-time misdemeanor offense is eligible for citation instead of arrest.

St. Petersburg Police Chief Anthony Holloway appeared via video recording at the Tuesday gathering to express his commitment to expand alternatives to arrest, noting a program he started in January where social workers rather than officers respond to certain emergency calls, often involving mental health.

“I am committed not to arrest people for minor offenses,” Holloway said, “because people do make mistakes and as long as they can learn from those mistakes, get them to some type of program, then those charges should not stand.”

Tan Moss of the Greater Grant Memorial AME Church in Jacksonville, a co-host of the Tuesday gathering, said he has learned that many prosecutors in Florida prefer a citation to arrest for those accused of driving with an expired license or tag. But they aren’t sure, he said, whether the state Department of Highway Safety and Motor Vehicles would allow it.

Then, in a move that gave hope to those seeking expansion of arrest alternatives, Moss presented some fresh news.

“Hopefully,” he said, “you can see I’m holding a letter here from the executive director of the DMV which certifies that this is allowed. So our local stakeholders are now free to take the lead on solving this problem and creating a clear non-arrest option for these situations.”