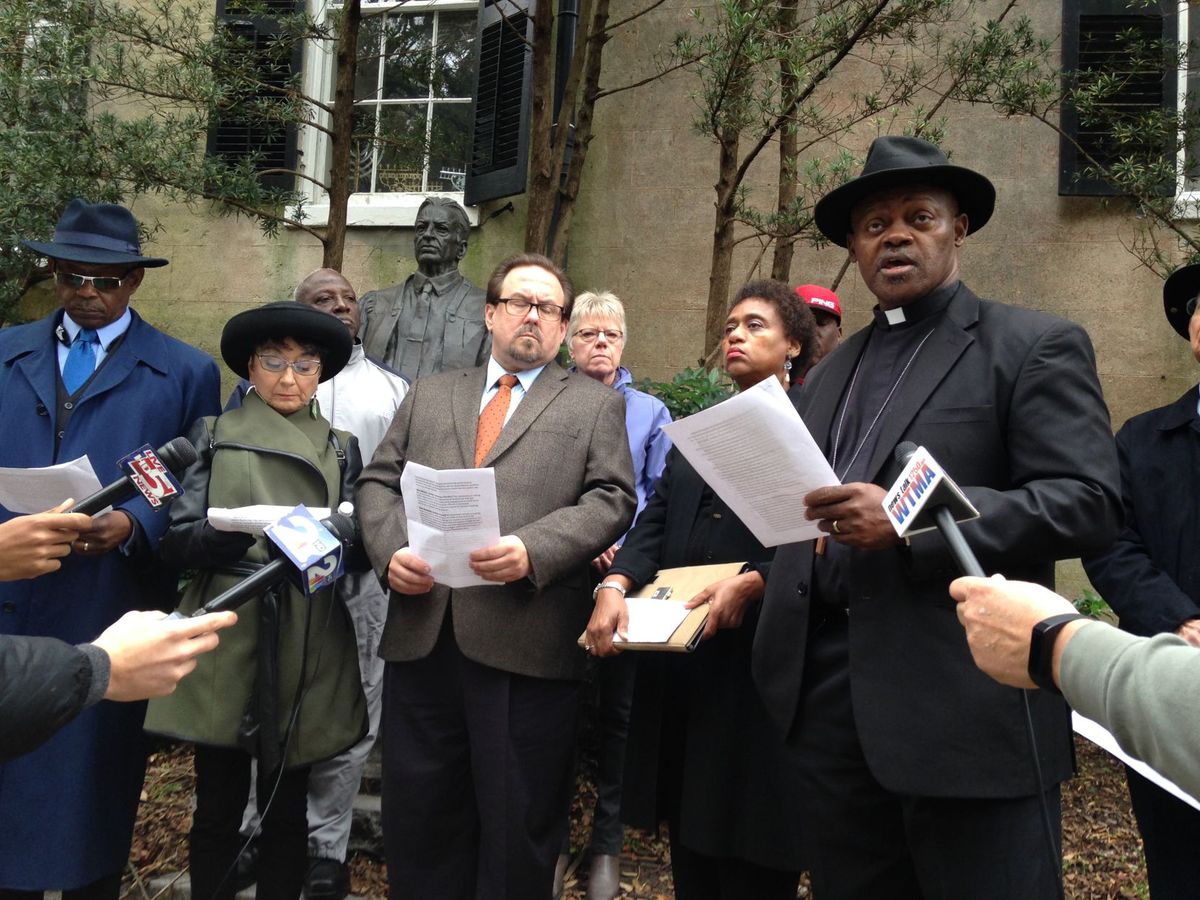 Justice Ministry calls for outside review of Charleston Police Department

A day after Charleston officials touted the progress their police department has made in building trust with the community, the Charleston Area Justice Ministry said that wasn’t enough and urged City Council to hire a specialized firm to conduct an outside review of the department.

The interfaith group held a press conference announcing its position in Washington Square, just minutes before City Council’s Tuesday meeting next door at City Hall. Members of the ministry then repeated their message during the meeting and presented a petition from 500 residents calling for the audit.

Ministry officials said they want “a qualified, independent, external police auditor” to conduct a review of the police department to identify any policing tactics and policies rooted in racial biases.

On Monday, the police department announced several recommendations from its Illumination Project – a recent initiative to strengthen its relationship with minority communities – that already have recently been put in place.

Also, the city plans to hire an auditing firm by year’s end to conduct a performance review of all its departments, including the police department. The auditor ultimately will advise how all departments can improve their efficiency, financial planning and responsiveness to the community.

But ministry members said Tuesday that neither effort is rigorous enough to examine and prevent racial biases in the police department.

“While we applaud many of the strategies put forth by the Illumination Project’s steering committee, we are also clear that trying to implement any of those important ideas without a full and deep understanding of the history of our police department is futile,” said Suzanne Hardie of the Unitarian Church.

The group said it wants the city to put out a different request for proposals from national police auditing firms that lays out more objectives to identify racial biases.

Mayor John Tecklenburg recently told ministry leaders that whoever the city hires to do the audit will examine the aspects of the police department that the ministry is concerned about.

He repeated that point after Tuesday’s City Council meeting, pointing out that any firms applying to conduct the police audit have been instructed in the request for proposals to include their experience examining impartial police practices.

“It seems they (the ministry) have the impression that this city and its police department have some intent towards bias,” he said. “Our commitment is to treat everybody in the community the same… That’s what the Illumination Project is all about – to make our police department even better.”

Ministry members said the city should follow the request for proposals that the city of Madison, Wisconsin recently put out for an audit of its police department – a document that was passed out to city council members.

“The RFP produced by their city delineated exactly what would be examined and delivered by the bidding firms, ensuring that only those firms that had the qualifications necessary would apply,” said Bill Thomas, a ministry member with the Unitarian Church.

Slager, who is white, was captured on a bystander’s video shooting at Walter Scott, a black man, following an April 4, 2015, traffic stop, Scott got into a struggle with Slager, who said Scott grabbed his Taser during the scuffle.

While that incident unfolded in North Charleston, it – along with other nationally publicized police shootings – has shined a brighter light on how police departments interact with minority communities.

The interfaith group also held a press conference last week in Charleston to call for a federal investigation of the North Charleston Police Department.