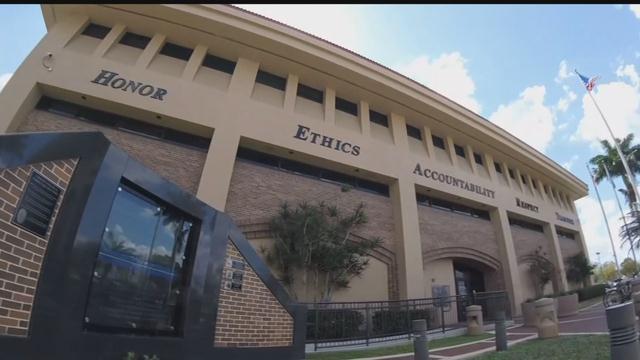 FORT MYERS, FL – Community leaders are feeling a sense of vindication after they requested Chief Derrick Diggs seek outside help to investigate the police department — and he went to the feds for that help.

Diggs is asking the Department of Justice to launch the investigation just days after a city council meeting where dozens lodged their complaints about the Freeh Group’s audit of the department.

Some felt it was the next logical step for FMPD once the disturbing details were released in the audit.

In the 72-page document, officers were alleged to have tipped off drug dealers about search warrants, and some allegedly shared answers on exams to help promote their friends.

A lieutenant with the department later clarified that they are working with the city manager to better address the investigation.

It’s a start for some, but others feel we have a long way to go to change a deep-rooted culture of corrupt behavior.

“The Department of Justice is going to be able to do some things that the Freeh report couldn’t do,” said James Muwakkil of the Lee County NAACP.

James was among those who pleaded their case to the city and Diggs to involve an outside agency.

“This was bigger than him. He’s walked into a culture that is entrenched and systematic,” Muwakkil said.

For some like Dr. William Glover of Mt. Hermon Church in Fort Myers, he’s waited 20 years to see a report like this come to light.

“All of those things give rise to hope that finally the concerns are being heard and taken seriously and not the figment of the imagination of a group of disgruntled people,” Glover said.

Like Glover, many at Monday’s city council meeting expressed their support for Diggs but said it’s a reserved optimism.

“The level of incompetence and the level of corruption really requires an outside agency comes in, and there is a credibility to the process,” Glover said.

Glover works with the LIFE (Lee InterFaith for Empowerment) group in Fort Myers. In April 2016, the group entered into a verbal agreement with then police chief Dennis Eads to work together with the goal of ending shooting violence.

Backed with evidence of at least 100 unsolved murders in Lee County, Glover took his concerns to the State Attorney’s office, with little to no results.

Once the results of the Freeh report were made public, Glover said there was no way for others to deny the systematic issues that played a major role in homicides being solved.

The Freeh report highlights a culture of misconduct where some officers would find themselves investigating homicides, despite not having the proper training.

“They are not clean. They may have put some people on administrative leave, but there are others who are still there,” Muwakkil said.