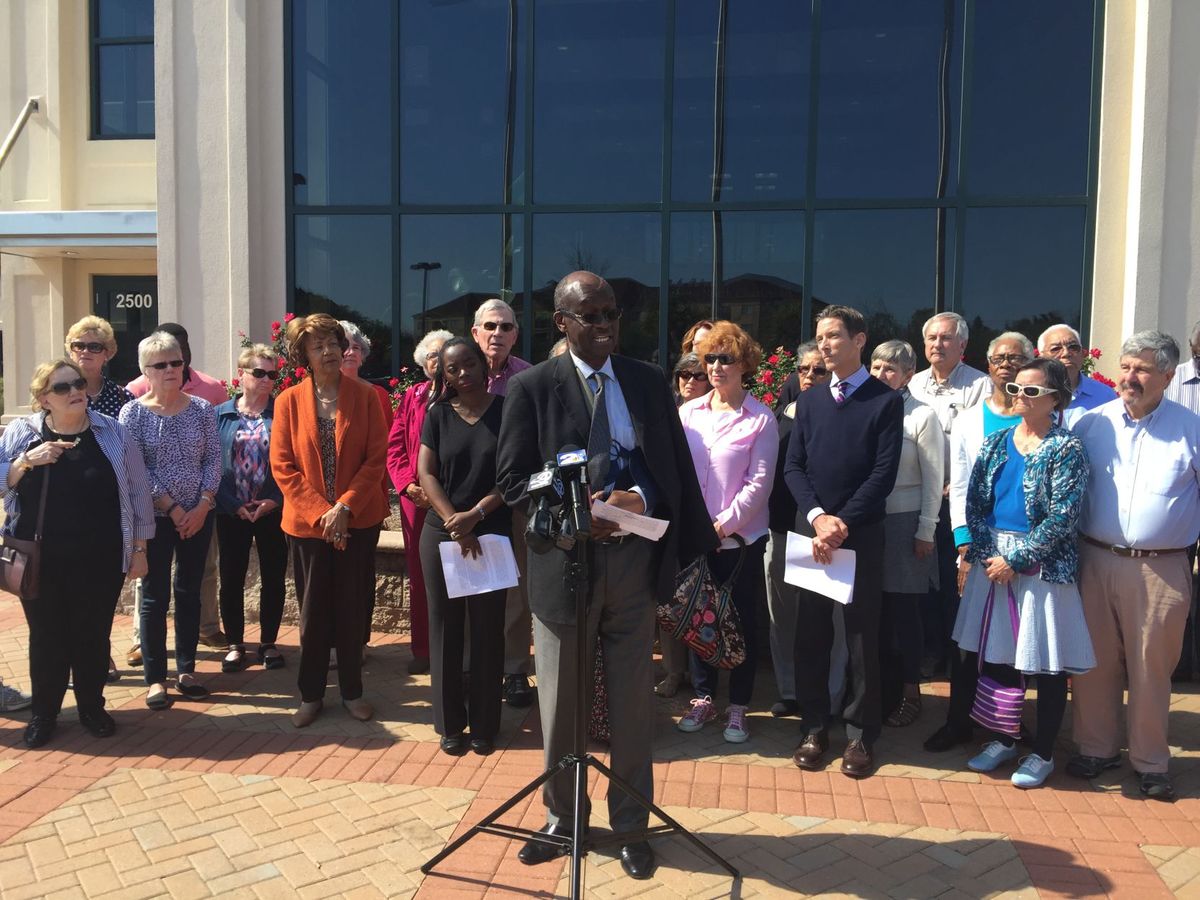 Members of the Charleston Area Justice Ministry dominated the public comment period at the Charleston City Council meeting Tuesday, as they had during the previous three meetings, to repeat that the city hadn’t hired the right firm to identify racial biases in the Charleston Police Department.

For months, before and after Novak Consulting Group was hired to audit multiple city departments, members of the interfaith group have argued that the firm’s expertise is in improving governments’ efficiency, not reviewing police practices.

Novak, of Cincinnati, has worked with police departments in Oberlin, Ohio; Carbondale, Ill.; Charlottesville, Va.; and 14 other communities around the country. Justice ministry leaders, however, argue the firm doesn’t have enough background in police-related auditing.

“You have no clue what it’s like to be stopped by the police almost every time you leave your house,” said the Rev. Nelson Rivers of Charity Missionary Baptist Church in North Charleston. “What you are really saying to us is, ‘It’s not bad enough for us to handle it for you.’ That’s wrong.”

This week, their concerns struck a chord with City Council. It led to an emotional discussion among council members about race relations and police practices in Charleston, and they ultimately agreed to put the issue to a vote.

Council will decide at its June 20 meeting whether it supports hiring a different auditor to conduct the performance assessment of the police department, despite having approved Novak’s contract on Feb. 28.

Councilman Robert Mitchell, one of the longest-serving black members of council, reeled off several instances when he was pulled over by city police for no apparent reason.

“I have municipal council on my tags. It doesn’t make a difference to anyone. I know how it is,” he said. “There’s a problem here, and we need to fix it.”

Moody mentioned that the police department already has taken steps to improve the relationships between patrol officers and black residents through the Illumination Project. Mitchell said he had been involved in those efforts, too, but that the city needed to do everything possible to rid itself of racially biased police tactics.

“We need to put it to rest, and get it over with, not have them coming to this meeting all the time and have people say, ‘What’s wrong with the city of Charleston?’ ” Mitchell said.

Councilman Keith Waring said he didn’t think council had been adequately informed that the firm hired for the full performance assessment would also be conducting a review of the police department.

“I think that should be separate,” he said. “Let’s get firms that have the qualifications and a track record.”

Mayor John Tecklenburg said the city’s original request for proposals specified that firms should include their experience with impartial policing in their applications. Plus, he reminded council, the justice ministry had called on the city to hire a different firm for the police audit months before Council approved the contract with Novak.

“I’m not sure why you didn’t know it,” Tecklenburg said to Waring.

An internal team including members of that committee will identify areas for Novak to focus on in a report expected to be completed in June.

The firm will be working with its subcontractor, Raftelis Financial Consultants of Charlotte. Their services could cost up to $250,000, depending on the scope of work needed.

Councilman William Dudley Gregorie agreed that it had become an issue of appearance. He said Police Chief Greg Mullen was on the committee of city staff members that reviewed applications and selected the firm to do the performance assessment, which sent the wrong message to residents concerned about the police audit.

“Regardless of how well this assessment is done, that cloud will always exist,” he said. “I have a problem with the fox guarding the hen house.”