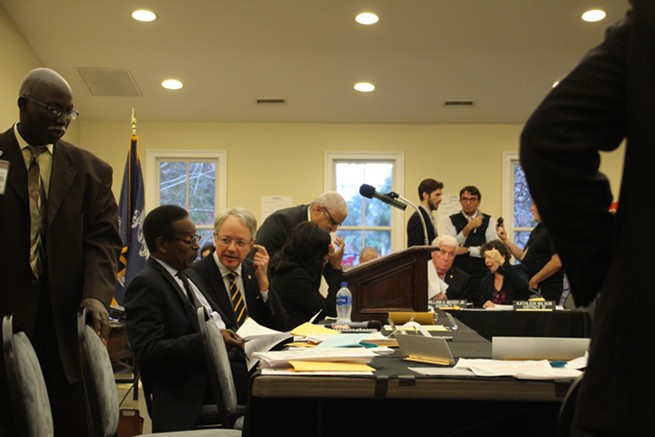 If you have any comments, questions, or concerns about the practices of the Charleston Police Department, Wednesday morning’s public meeting might be your best forum yet.

The City of Charleston is hosting a public meeting on the issue on Wed. April 4 at 10 a.m. at 2 George Street.

The meeting will be the first public move in an effort to clarify what will be reviewed before the search for an auditing firm begins. It will be chaired by city councilman and Public Safety Committee chairman Peter Shahid.

Novak Consulting was awarded a $250,000 contract with the the city of Charleston in February 2017 for a city-wide efficiency audit, though critics worried that the firm’s lack of expertise in racial bias reviews — and the lack of diversity within its ranks — would diminish any effort to review the city’s law enforcement practices.

Mayor John Tecklenburg agreed to an independent racial bias police audit in November, prompting City Council to vote in favor of starting the process of researching firms qualified for the job.

The vote came after two years of advocacy from different activist groups in the region, most notably the Charleston Area Justice Ministry, an organization of 28 Charleston-area congregations and organizations dedicated to issues of social justice. Concerns about police tactics in Charleston were partly accelerated by the 2015 shooting of Walter Scott by a former North Charleston police officer. The officer, Michael Slager, was sentenced to 20 years in prison in December.

In 2015 and 2016, their meetings, actions, and City Council appearances mostly focused on improving relations between police and the public.

CAJM lead organizer Treva Williams says that the group was notified of the meeting and will be present.

The group’s president, reverend and CP columnist Jeremy Rutledge, previously told CP that he met with Council members and city leaders to hash out the audit’s details.

Mayor Tecklenburg announced the selection of Luther Reynolds as the new head of the Charleston Police Department on March 9.

Reynolds, an assistant police chief in Montgomery County, Maryland, said he was aware that there was a “perception” that police had created harm in Charleston.

“I don’t see that as a problem, I think that’s an opportunity,” he told CP when questioned about the planned audit.

He will take over from interim chief Jerome Taylor on April 16.

At a City Council meeting on March 26, two CAJM members spoke out against the city’s lack of urgency in setting a meeting to discuss the scope of the police audit.

“It’s been four months, yet still the subcommittee hasn’t met,” said CAJM member Suzanne Hardie. “Sadly, that delay sits on top of the two years since we’ve asked for that to come. Nothing has changed for people of color.”