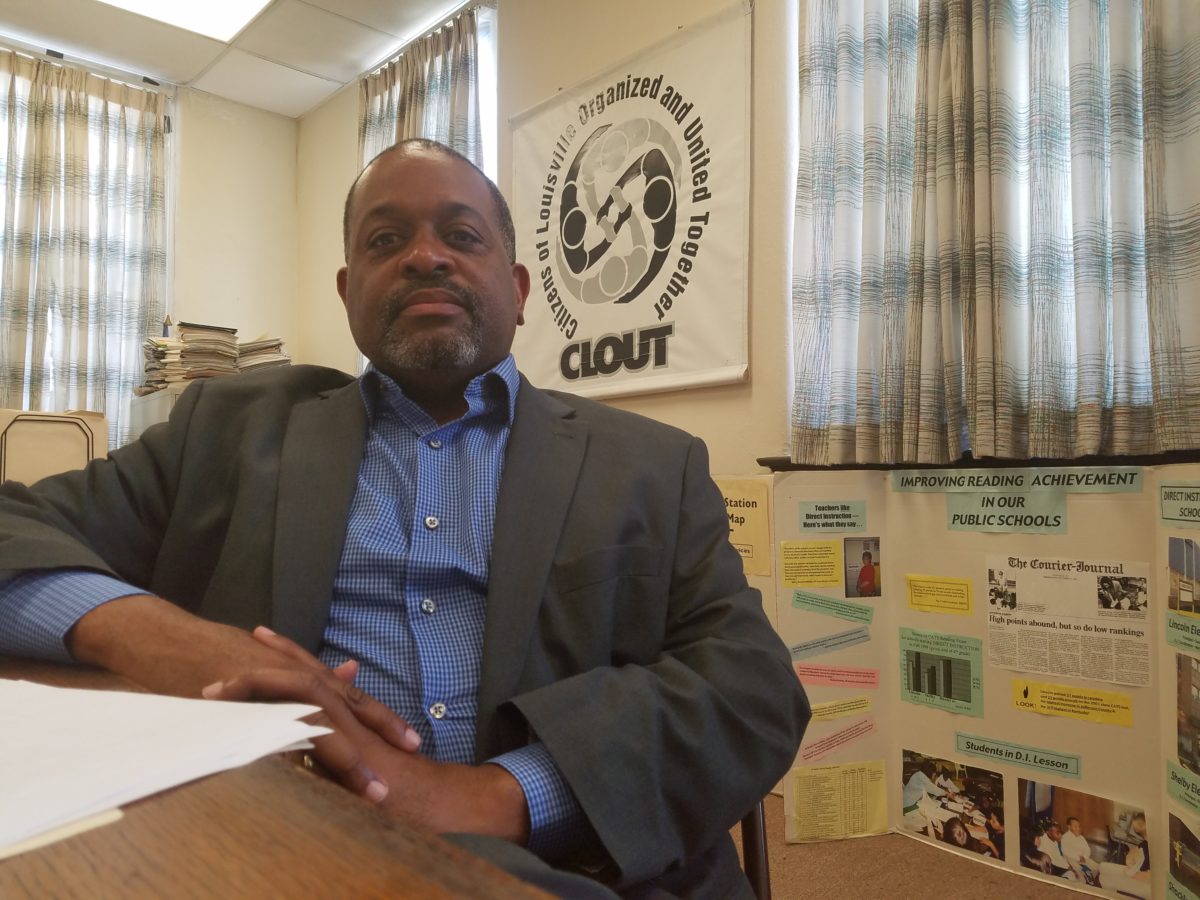 Fischer To Meet With Group Critical Of LMPD Crisis Policies

The head of a Louisville faith-based group and the mayor will meet Friday to discuss safer policing months after multiple requests for the mayor to meet.

Citizens of Louisville Organized and United Together (CLOUT) Co-President Reginald Barnes said the goal of the meeting is to prompt an external review of Louisville Metro Police Department policies. Barnes said better policing techniques could help keep citizens and officers safe, and prevent police shootings, like that of Darnell Wicker in 2016.

Two white LMPD officers shot and killed Wicker at an apartment complex in southwest Louisville in 2016. He reportedly suffered from drug problems, and police said he came toward them wielding a handsaw; Wicker was shot 14 times. So far in 2018, police have shot five people, four fatally.

“What we’re seeing here in Louisville is that we need a little bit better transparency – that we need to get some more answers to some of these pressing questions,” Barnes said.

Barnes and CLOUT members delivered 600 cards to the Mayor this April, asking to meet with the organization.

Fischer said in a statement that he encourages all departments to constantly review best practices and improve their processes.

“LMPD has previously outlined the critical incident response training that officers receive now, as well as plans for enhanced training, but we’re happy to hear any constructive ideas that our citizens may have to improve public safety,” the statement said.

LMPD officials said the department conducted its own review by comparing its own policies to the federal 21st Century Policing report – a set of policing guidelines released by the Obama administration in 2015 in response to the police killing of Michael Brown in Ferguson, Missouri.

LMPD’s 88-page report, released October 2017, said its department satisfied all de-escalation guidelines and ruled its ability to handle investigations is “greater than any external capacity.”

For Barnes, that’s not enough. He alleges LMPD officers don’t follow policies for de-escalation and crisis intervention, and aren’t transparent with its procedures.

“How transparent can you really be when you’re investigating yourself?” Barnes asked.

‘We have to adapt’

LMPD’s Crisis Intervention Team training is tailored to police interactions with mentally disabled and addicted people. Its tactics, which include calmly speaking, giving distance to suspects, and not interrupting them, are meant to de-escalate situations and prevent the situation from turning violent or fatal.

The team offers this training to all police officers.

“[Officers] do the best with what they have as far as training and circumstances to respond,” Halladay said.

“We have to adapt to the way that the world moves around us,” she said. “So you’ll never hear me say that it’s a perfect amount of training. You can never have enough training to be effective.”

She said Louisville is ahead of the curve with de-escalation training when compared to other departments.

LMPD certifies incoming officers in crisis intervention through a 40-hour course, teaching them de-escalation techniques such as giving suspects space, speaking calmly and refraining from sudden moves. After that, officers receive additional training updates annually, according to LMPD.

Every year, LMPD officers file approximately 2,000 crisis intervention-related reports for incidents such as interactions with a mentally ill subject, coping with addiction or another crisis.

Professor Amy Watson, who researches crisis intervention team training at University of Illinois at Chicago, said it helps if there’s a reward system for officers who de-escalate situations. LMPD’s Oberhausen said there’s no department policy to award officers for de-escalating situations, but many administrators do at their own discretion.

“If departments recognize officers for those responses, it shows this is important and it’s worthwhile for officers to really work towards being able to provide these types of responses,” Watson said.

Watson said departments can also be more effective if they train dispatchers and choose officers attuned to handling people with mental health disabilities. Mitchell Burmeister, Louisville Metro Emergency Services’ spokesman, said dispatchers are given a three-hour course in crisis intervention training before hiring, and are trained monthly to keep their certifications.

“Training doesn’t fix everything,” Watson said. “A lot of officers don’t like mental health calls. If you’re going to a type of call that you really don’t like handling, you may not be displaying as much compassion and empathy, which can go a long way.”