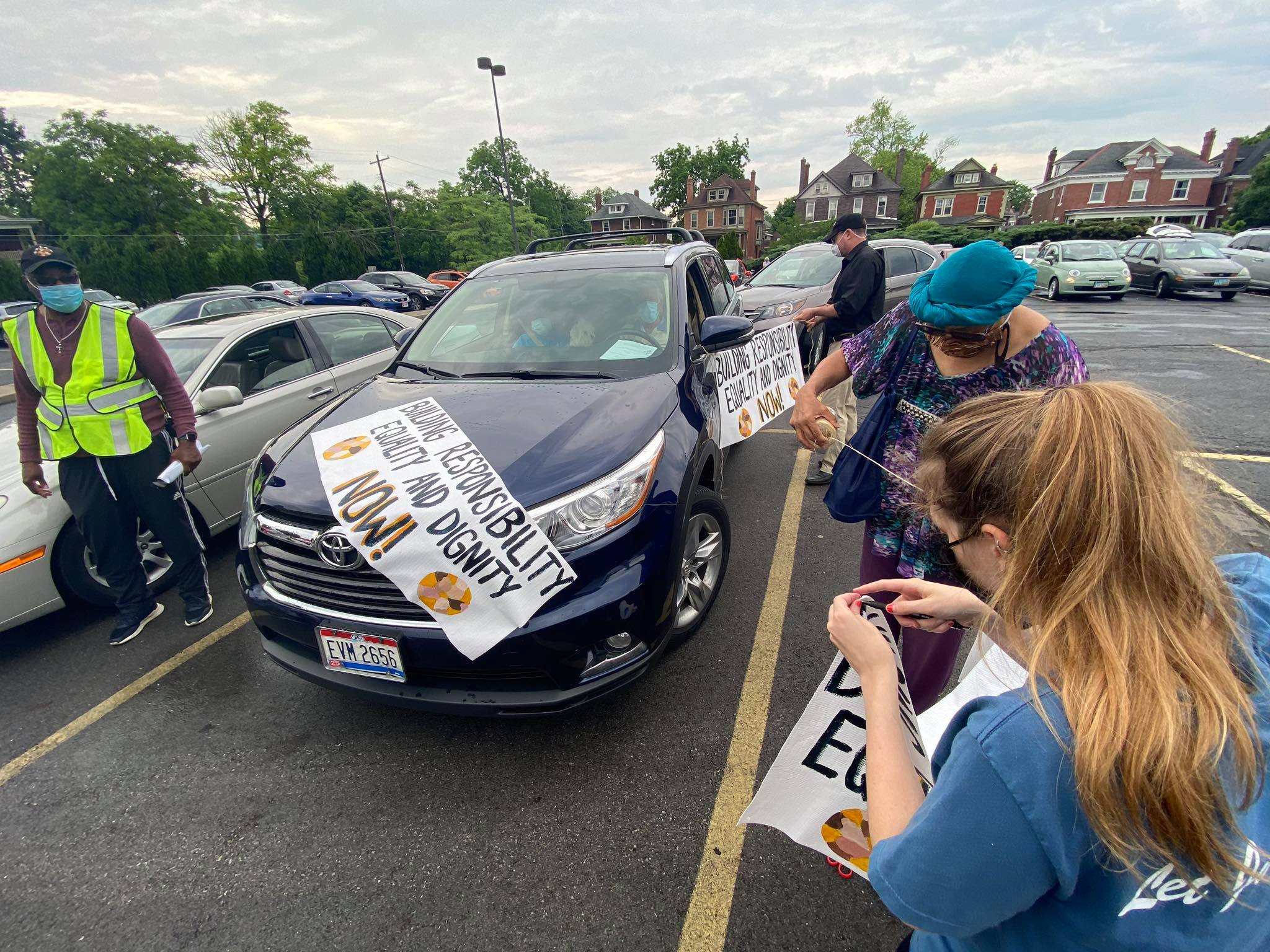 ‘Caravan of Change’ takes a peaceful protest to Columbus streets

COLUMBUS, Ohio — The demonstrations across central Ohio have been catching our attention for a week now. A local advocacy group of pastors is taking to the streets Thursday evening for a protest on wheels.

It’s a peaceful protest that organizers hope will “drive” change.

A caravan of dozens of cars made its way across the community. People hoping to catch the attention of Mayor Andrew Ginther, Police Chief Thomas Quinlan, and FOP President Keith Ferrell.

B.R.E.A.D. —building responsibility, equality, and dignity represents some 40 congregations in the area.

Noel Williams, COO of the organization said she is sorry that demonstrations turned violent and destructive, but it’s a sign of the times.

“This is how fed up people are. When you don’t give them real change. Something that is tangible. This is what happens when a boiling pot of water overflows,” said Williams.

Williams said people were frustrated with racism and inequality prior the coronavirus hit, but now their concerns are greater.

“COVID-19 let’s be honest, the data is there. The African American community is once again is disproportionately impacted. The brown community is impacted.”

People need affordable housing. We are looking at reduce gang violence. We are looking at a municipal ID. An ID for homeless people, the elderly. We need the police chief to come to the table. We need the mayor to come to the table. The FOP is labor. It is really ironic they believe in power over not power among. And we need power among,” said Williams.

ABC 6 reached out to the Mayor’s office, Chief of Police, and FOP.

A police spokesman said Quinlan has scheduled a meeting next week with B.R.E.A.D.