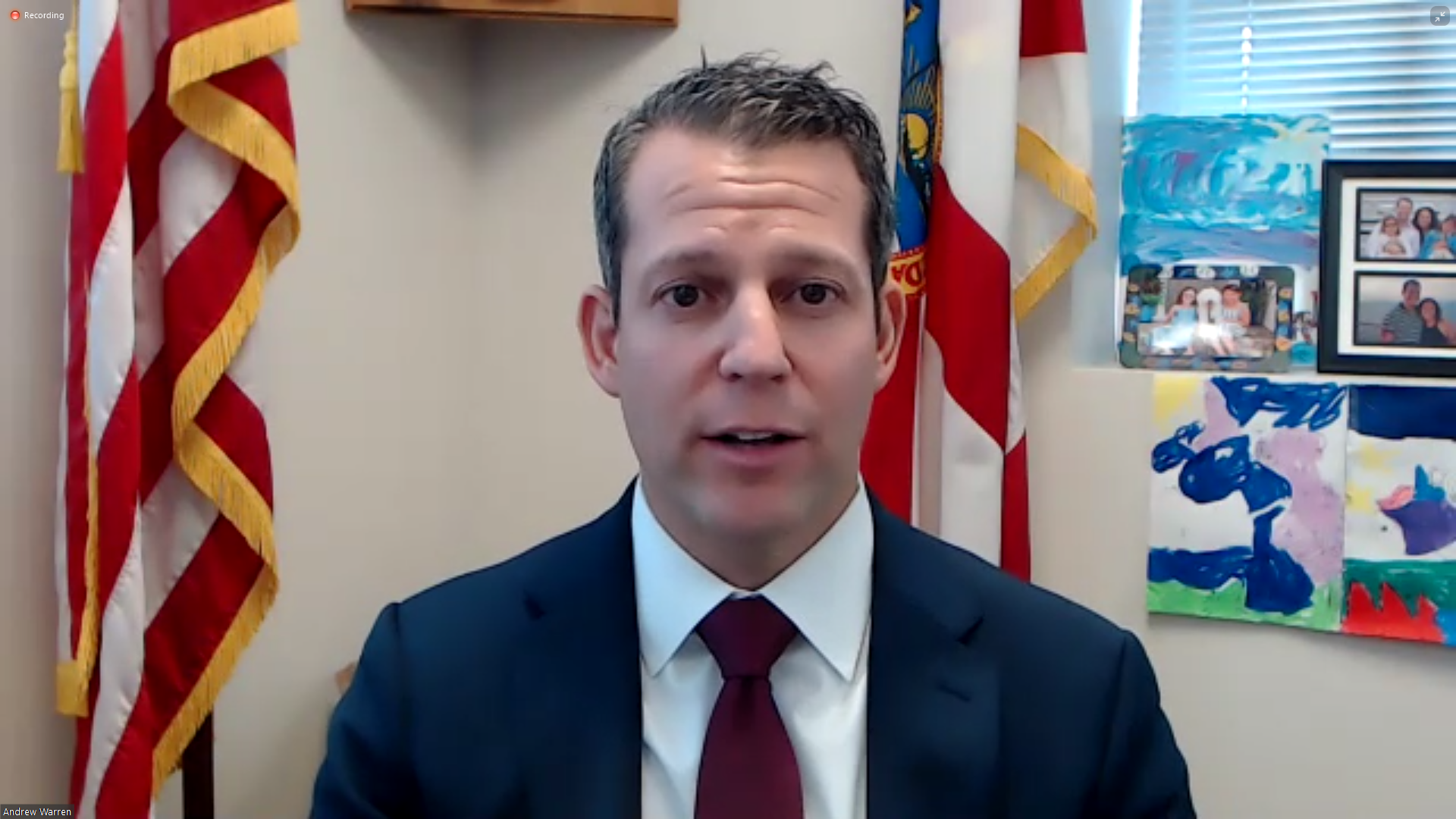 Some of Tampa Bay’s biggest criminal justice stakeholders Monday said they’d support more access to arrest avoidance programs and would address racial bias issues. They spoke during an annual meeting of the Hillsborough Organization for Progress and Equality, but some stakeholders were noticeably absent.

Justin LaRosa, of the Hyde Park United Methodist Church, said that’s progress. But more would be needed to truly make a difference.

“This is progress and we’re grateful for it,” LaRosa said. “Yet the reality is we need law enforcement to get on board and make this a reality. We need them to act because our children need this. Our brother and sisters of color need this.”

LaRosa said Chronister and Dugan missed an opportunity. The pledges were made in front of a virtual audience of nearly 2,000 Hillsborough residents.

The Hillsborough Organization for Progress and Equality, or HOPE, is a group of more than 20 interfaith congregations. Every year they highlight issues and speak directly to stakeholders to ask for change on priority items. This year’s focus was on criminal justice and mental health. Two major issues highlighted by the recent unrest over police killings of Black Americans and the effects of the pandemic.

Civil citations
But the last year didn’t create issues. It only magnified them.

Reverend Bernice Powell Jackson said one of those issues is arrests for non-violent offenses, especially among youths.

“These children are getting lifelong arrest records even though they are eligible for the restorative civil citation program, which offers the child counseling and requires community service and more,” she said.

Jackson said the neighboring counties of Pinellas and Polk take much greater advantage of those programs. They even double the number of offenders diverted to citation programs instead of getting arrested.

All of the stakeholders said they’d support secondary eligibility screening. Warren said he’s championed those programs but there’s one issue – his office isn’t the one doing the arresting.

“We have to continue pushing, encouraging, demanding that we have change to minimize the number of juvenile arrests and increase the utilization rate,” Warren said. “Until then my office will continue to divert those cases that come in. But it doesn’t solve the problem of the arrests on the frontend that law enforcement continues to make.”

Bias in policing
They also addressed bias in policing. HOPE even reached out to Jack McDevitt, the director of Northeastern University’s Institute on Race and Justice. McDevitt counsels law enforcement agencies and criminal justice organizations on how to address racial bias.

Again, all stakeholders said they’d be more than happy to attend a summit with McDevitt. Public Defender Holt said addressing bias is important to get people to trust and participate in the criminal justice system.

“You’ve got stakeholders here that are really committed to this issue. And I hope that you will continue to challenge us,” Holt said. “Because it’s a way that we will grow even more as leaders.”

But again, LaRosa said the lack of law enforcement was noticeable.

“They missed an opportunity to demonstrate leadership on these issues and to respond to our concerns,” he said.

Members of HOPE are scheduled to meet with Chronister Wednesday morning. But the Sheriff has limited the virtual attendance to five pre-selected attendees.