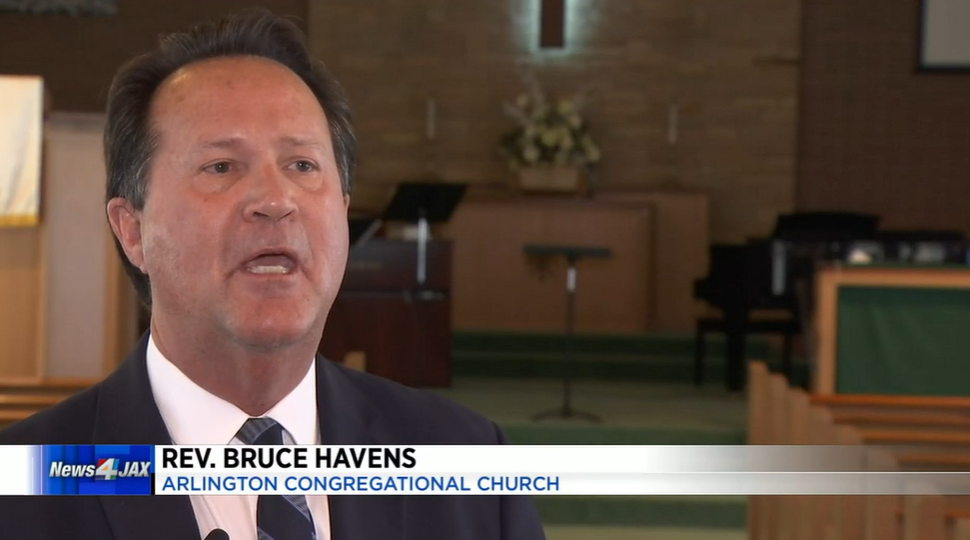 A push by Jacksonville faith leaders to replace arrests with civil citations for people stopped by officers for nonviolent crimes got a ringing endorsement from men and women of the cloth as well as hundreds attending an online community meeting.

Asked if she would work with ICARE and Sheriff Mike Williams to develop the adult civil citations program, Nelson said her office is committed to working on alternatives to arrests. The State Attorney’s Office has already started one for driver’s license suspensions and another for juvenile civil citations.

“We have already had meetings with JSO about creating an adult civil citation program and I absolutely support the notion of a pre-arrest diversion program,” Nelson said. “… Starting it up will be more challenging in that the infrastructure that we talked about that exists for juvenile civil citations doesn’t currently exist [for adults]. It is not a challenge we can’t overcome.”

But an adult citation program “has to be led by law enforcement” since the Sheriff’s Office handles all cases before her office reviews them, Nelson added.

While Williams was originally scheduled to speak at the virtual meeting, the Sheriff’s Office alerted ICARE on Sunday that he could not attend. The Sheriff’ s Office did not respond to ICARE’s request for an email statement on what the department is doing toward citations, organizers said.

The Rev. Tan Moss, ICARE co-president and pastor of Greater Grant Memorial AME Church, said he was discouraged Williams did not participate. So he asked the sheriff to get involved in programs like a Crisis Intervention Team review of his department. That program partners police, mental health and addiction professionals with people who deal with or help others with those issues.

“While we are disappointed in our sheriff, we are not discouraged,” Moss said. “Scripture says ‘Let us not grow weary in doing good, for in due season, we will reap if we do not give up.’ We need to continue to make these problems visible in our community.”

“We hope Sheriff Williams will see this as a great opportunity to build trust and reduce violence,” added the Rev. Keith Oglesby, associate rector at Christ Episcopal Church, asking Williams “to fix what is broken in our community.”

Tuesday, Sheriff’s Office spokesman Christian Hancock said the sheriff had an unexpected scheduling conflict come up and was forced to cancel. As far as the possibility of an adult civil citation program, the sheriff “would be open to conversations about the idea,” Hancock said.

Clergy and staff at 38 Jacksonville churches, synagogues and other congregations in Duval County make up ICARE, a nonprofit group working to address citywide concerns on issues of justice and fairness. They use what they call their “collective people power” to push the city’s elected officials to find county-wide solutions to problems like crime, low graduation rates and homelessness. Monday’s meeting was joined by hundreds of residents, clergy and the heads of many statewide denominations.

ICARE’s latest concern stems from 2019 statistics that say almost one-third of adults arrested in Jacksonville were for nonviolent cases. While arrests may be needed for criminals who commit violent offenses, ICARE said thousands more are being jailed because they drove with an expired license, couldn’t afford to pay fines or other nonviolent issues.

In 2018 ICARE worked with other organizations to get a criminal justice reform bill passed in the Florida Legislature. Part of the bill required each judicial circuit to create a civil citation or pre-arrest diversion program for minors. It also encouraged communities and educational institutions to implement pre-arrest diversion programs for adults, according to the ACLU. The law proposes that adults who receive civil citations must report for intake, fulfill community requirements and may have to pay restitution.

Jacksonville has not instituted an adult citation program as the bill proposed, said the Rev. James Boddie Jr., ICARE vice president and pastor of Christ the King Catholic Church. So he asked Nelson and Williams to institute changes, such as mental health training for officers to reduce violence “to effectively respond to those in crisis.”

“Asking State Attorney Nelson to work with us is reasonable. Asking Sheriff Williams to strengthen officer training and violence reduction is reasonable,” Boddie said. “Tonight, State Attorney Nelson and Sheriff Williams will make a choice. They will choose to take responsibility for solving community problems, or they will choose to perpetuate them. … Heed the calls of the will. Our community collectively has responsibility to stand with the oppressed.”

Arrests for nonviolent crimes have a serious impact on people’s lives, leaving a record that shows up on job background checks, while fines and fees can keep a person from getting out of poverty, ICARE said.

Speaking on the virtual conference, Mal Redington said his nephew’s arrest for driving with a suspended license saw his family pay his $1,200 in fines so he could reapply for his license and “try to get his life back together.”

“Without a license, he could not get work to make the money to pay off these fees. He felt helpless and dejected because the odds were stacked against him,” Redington said. “… There’s no way he would have been able to do this by himself without our help.”

Duval County Public Schools have a form of civil citations for students with first-time offenses such as possession of alcoholic beverages, criminal mischief or disorderly conduct. The Restorative Justice program includes conflict resolution and action to “repair the harm and making changes necessary to avoid such behavior in the future,” the district says.

Calling the previous program that saw students arrested for issues like school fights and underage drinking a “disaster,” the Rev. Joy Laughridge said the school district has had success reducing that number. Now 99 percent of eligible youth were issued citations in 2020 from police instead of arrest, meaning no criminal record which could prevent them from getting jobs, college or the military, she said.

Schools Superintendent Diana Greene said she was very proud of the progress made in the Restorative Justice program during Monday’s virtual meeting. Out-of-school suspensions went from almost 9,000 for the last school year to 4,000 so far this year, while students still have consequences and must apologize to victims.

“We believe we are on track to end the school year with less suspensions than last year,” Greene said. “It is using restorative practices, being more proactive in our classrooms, training for our school-based administrators and making sure all new teachers will be trained.”

Public Defender Charlie Cofer also advocated during the meeting for an adult civil citation program where first-time offenders would have options like restitution or a fine and pushed for training officers in de-escalation techniques.