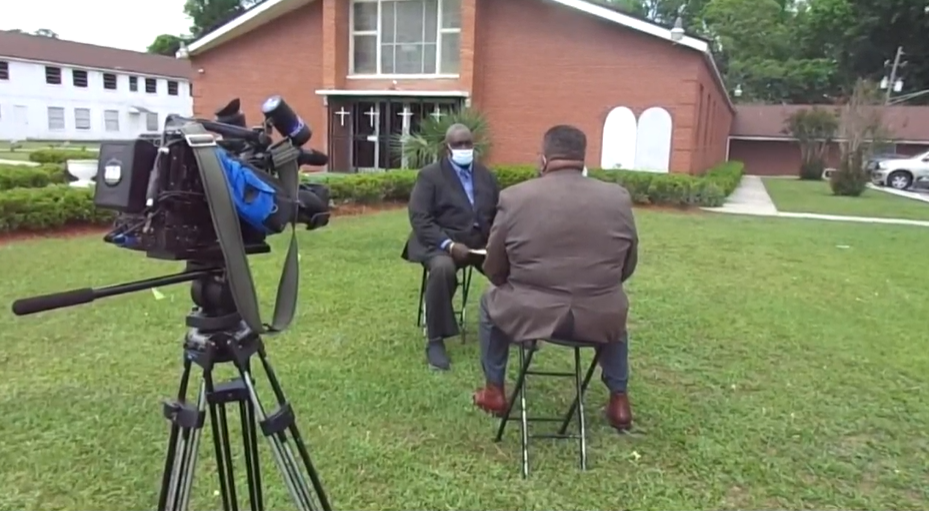 “Many times, people are arrested because they’re unable to pay fines and fees. Their licenses are suspended and quite naturally people still need to get to work.”

JACKSONVILLE, Fla. — Jacksonville Faith leaders have been working on an Adult Civil Citation program for more than a year.

The Interfaith Coalition for Action, Reconciliation and Empowerment (ICARE) believes Adult Civil Citations is a step in the right direction.

“It is working in other areas, Pinellas County is one of the models,” said Pastor Tan Moss.

Moss said in 2019, more than 32,000 adults in Jacksonville were arrested, nearly a third were for minor offenses, and the city is no more safer.

“We have been working for a year, planning, researching trying to formulate winnable solutions,” Moss said.

Then came the community protests in 2020 with a cry for social justice reform. Moss said an Adult Civil Citation program addresses reform and avoids jail overcrowding.

“It helps to eliminate the criminalization of poverty,” said Moss. “Many times, people are arrested because they’re unable to pay fines and fees. Their licenses are suspended and quite naturally people still need to get to work.”

Moss said too often, someone ends up with an arrest record for the minor offense, and it sticks with them.

“And that arrest record follows them and shows up when they’re trying to get a job or creates other problems,” said Moss.

On April 19, the ICARE Nehemiah Assembly, which includes about 1,200 faith leaders, received a ‘yes’ to the citation program from State’s Attorney Melissa Nelson.

The next day after reviewing the concept, Jacksonville Sheriff Mike Williams said yes to the program as well.

“This is a win absolutely,” said Moss. “Absolutely!”

He committed to bringing in the Network for Safe Communities to measure how crime prevention programs are working.

“We want to reduce the amount of violence in the City of Jacksonville,” said Moss.

A meeting is planned for June between the Sheriff, the State’s Attorney and the other stakeholders to work out the implementation of the Adult Civil Citation program. The stakeholders are the other law enforcement agencies in the Fourth Judicial District as well as the courts.

The changes could be in place by early 2022.