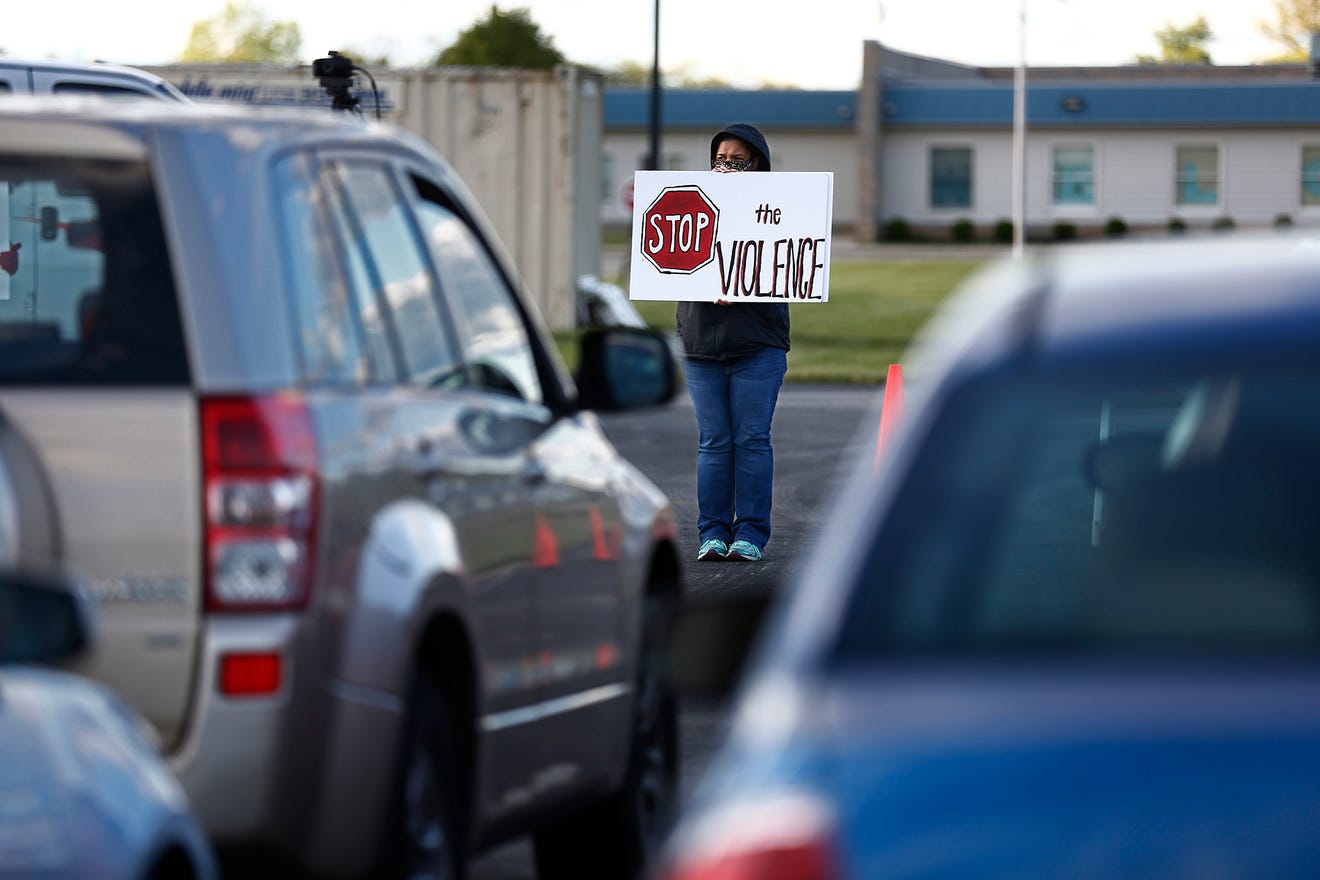 By Eric Lagatta, The Columbus Dispatch

It’s happened with such regularity that by now the reaction seems routine: police shoot and kill a Black person, and protesters gather in the streets of Columbus.

Twice in April, protests formed within hours of the news that police had first shot and killed 27-year-old Miles Jackson on April 12 at Mount Carmel St. Ann’s medical center after he fired a gun in the emergency department, and then again when a Columbus officer shot 16-year-old Ma’Khia Bryant on April 20 in response to Bryant wielding a knife against a young woman.

But while the responses to fatal police shootings are swift, James Wynn contends that each killing of a Black person reopens wounds in communities of color that have been allowed to fester for much longer than any one protest can last.

Wynn, the co-president of the interfaith BREAD (Building Responsibility, Equality And Dignity), was speaking on a stage before a fleet of cars Tuesday night whose occupants had gathered in the parking lot of the First Church of God on Refugee Road for the organization’s annual Nehemiah Action event to lobby for social justice causes.

Though the meeting typically takes place at the Ohio State Fairgrounds in front of up to 3,000 people, BREAD has adapted its Nehemiah Action in the last two years for the coronavirus pandemic. In addition to the cars gathered in the parking lot, more than 1,000 people were tuned into the Youtube livestream while others could call in on a listen-only conference line or tune in on the radio as Wynn professed that trust was broken between Columbus police and communities of color long ago.

It was broken, he said, when 23-year-old Henry Green was killed five years ago by “jump out boys,” the street name for the plainclothes officers with the Columbus Division of Police’s Gun Violence Reduction Program.

And it was broken, Wynn said, when law enforcement leaders in Franklin County declined to attend BREAD’s gathering to acknowledge the pain caused and to commit to repairing relations, he said.

Formed in 1996, BREAD — comprised of 41 faith congregations in Franklin County — hosts Nehemiah Action every year in an effort to confront public officials about changes its membership wants to see in a variety of sectors. The event is named for a man in Hebrew scripture who organized a great assembly to win justice for the people of Jerusalem.

This year, police reform and affordable housing were at the top of the agenda.

BREAD had formed a 30-member police reform committee to research ways to improve policing in Columbus following Floyd’s death last May. That committee had determined that racial bias and prejudice existed within the Columbus Division of Police, and that anti-bias training and policy changes were inadequate in addressing what they view as systemic racism.

“A culture exists within the police department, a culture that has been perpetuated over years,” Wynn said in an interview with The Dispatch prior to Tuesday’s meeting. “We’re trying to affect the police culture, to change that — we want them to treat people as human beings.”

First and foremost, said BREAD co-president Cathy Levine, they are asking for a formal reconciliation process that includes police acknowledging the harm their past tactics have caused communities of color. The recommendation, Levine said, is in line with a recently-published review of Columbus police that cost the city $250,000.

The organization is also requesting that Columbus police implement Active Bystander for Law Enforcement (ABLE), a police training program in intervention techniques for when a fellow officer is making a mistake. Such training, Levine contends, goes beyond Andre’s Law passed in February by the Columbus City Council, which could lead to criminal charges for officers who fail to turn on body cameras or render first aid if a citizen is injured by police force.

Finally, BREAD is pushing city leaders to consider forming a crisis response system that would allow trained mental health professionals and social workers to respond to some 911 calls that police now routinely handle. Such an initiative appears to have broad public support, at least according to one study commissioned by the city.

“A lot of groups are coming up with slogans for what needs to happen, but we wanted to figure out what we can accomplish in this city and county that would start to bring about significant change,” Levine told The Dispatch before the meeting. “Changing policies isn’t going to change the culture of policing.”

“As we evaluate how we protect the safety of everyone in our city, a crucial part of the conversation is trust,” Brown told the crowd. “We know there is a divide that has grown over decades.”

“As many of you just celebrated Mother’s Day this past weekend, mine will never be the same. There will forever be a hole that cannot be filled,” Hood said.

BREAD interfaith leaders also used this year’s Nehemiah Action to address affordable housing, an issue long at the forefront of the organization’s mission.

After the 2019 Nehemiah Action event, the Franklin County commissioners pledged $6.5 million a year to provide affordable housing in the area.

The housing crisis resurfaced last year, magnified by a coronavirus pandemic that left people jobless and facing a threat of evictions or mortgage default.

This year, BREAD leaders are asking that one-third of $184 million American Rescue Plan dollars for the city go toward the Affordable Housing Trust. Though she wouldn’t commit to lobbying for that specific organization, Councilmember Shayla Favor agreed to earmark 30% of those dollars go toward “housing solutions” recommended by the Affordable Housing Alliance and Community Shelter Board.