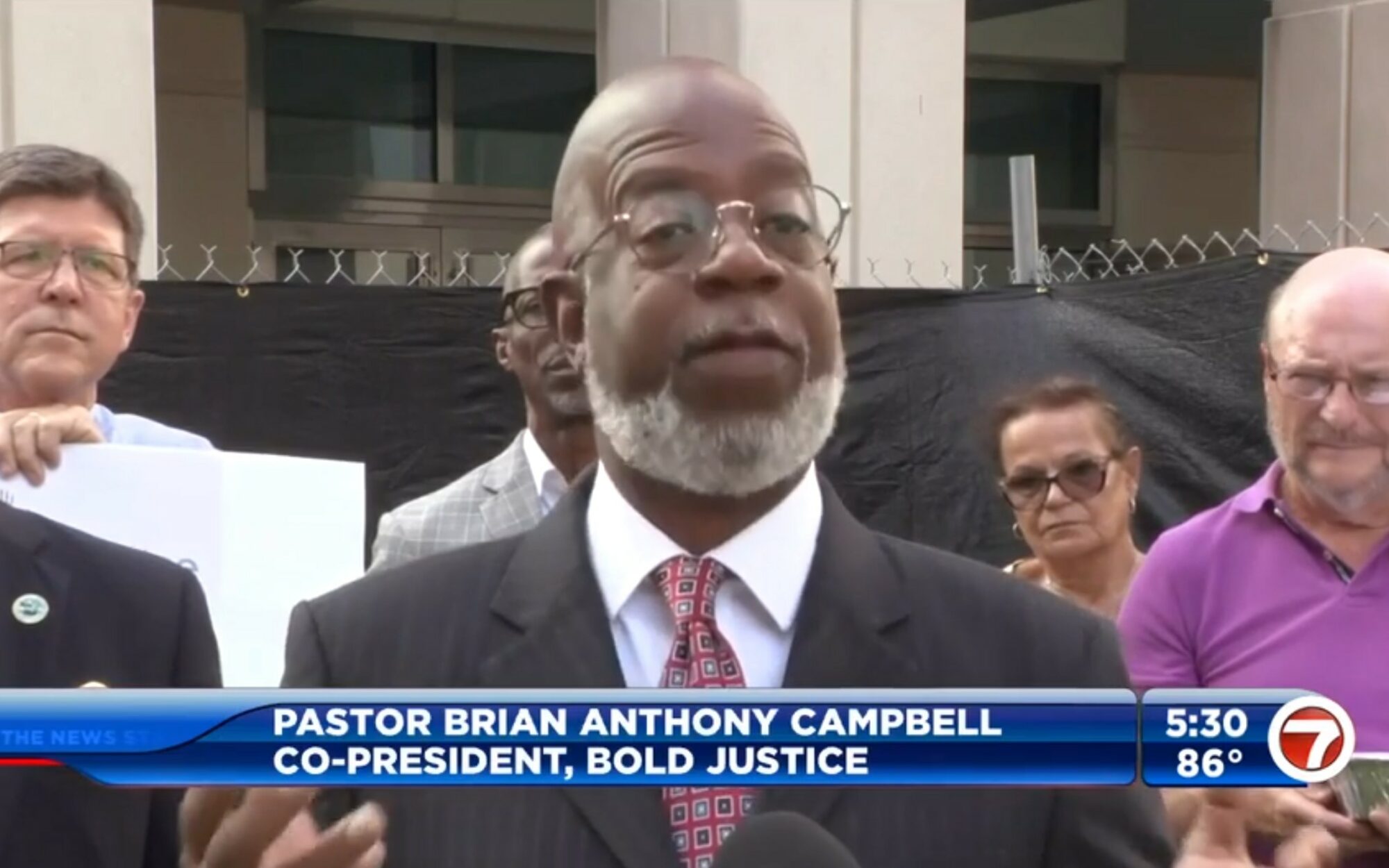 “Let’s be clear: we want to be tough on crime with dangerous criminals,” said Pastor Brian Anthony Campbell, co-president of BOLD Justice.

But when it comes to those accused of nonviolent misdemeanors, members of the nonprofit argued that too many people in Broward are landing in jail when a citation or notice to appear would suffice.

“These arrests make it hard for people to get jobs and housing for years to come,” said Campbell.

The leaders said the solution to this matter lies in the county’s civil citation program, which would keep those receiving them out of jail.

“The problem is the program is not being used. In the last 12 months, only 62 adults in Broward County were issued a civil citation,” said Father Wilfredo Contreras with San Isidro Catholic Church in Pompano Beach. “That’s 62 out of thousands of people arrested for misdemeanor offenses.”

In fact, the leaders said, the number of nonviolent misdemeanor arrests is just under 15,000 between 2019 and 2020. Most of the charges are moving violations.

The leaders said keeping these people out of jail and giving them a civil citation is the answer, adding they want Broward State Attorney Harold Pryor to take action.

“For example, in Pinellas County, it’s 90% of usage of a [citation] program like this. We’re saying we want to see those types of numbers here in Broward County,” said Pastor Noel Rose with Plantation Seventh Day Adventist Church.

Pryor issued a statement on the matter. It reads in part, “If we can work with law enforcement to prevent some low-level offenses from making it to our office, that will be a positive. Due to the staffing shortages across the board in the criminal justice system — in law enforcement and our office — we have encountered hurdles in that endeavor.”

Pryor said his office has its own diversionary program separate from the county’s citation program, and they have taken care of about 1,500 cases in 2022 to date. The state attorney added he plans to meet with BOLD Justice leaders early next year.