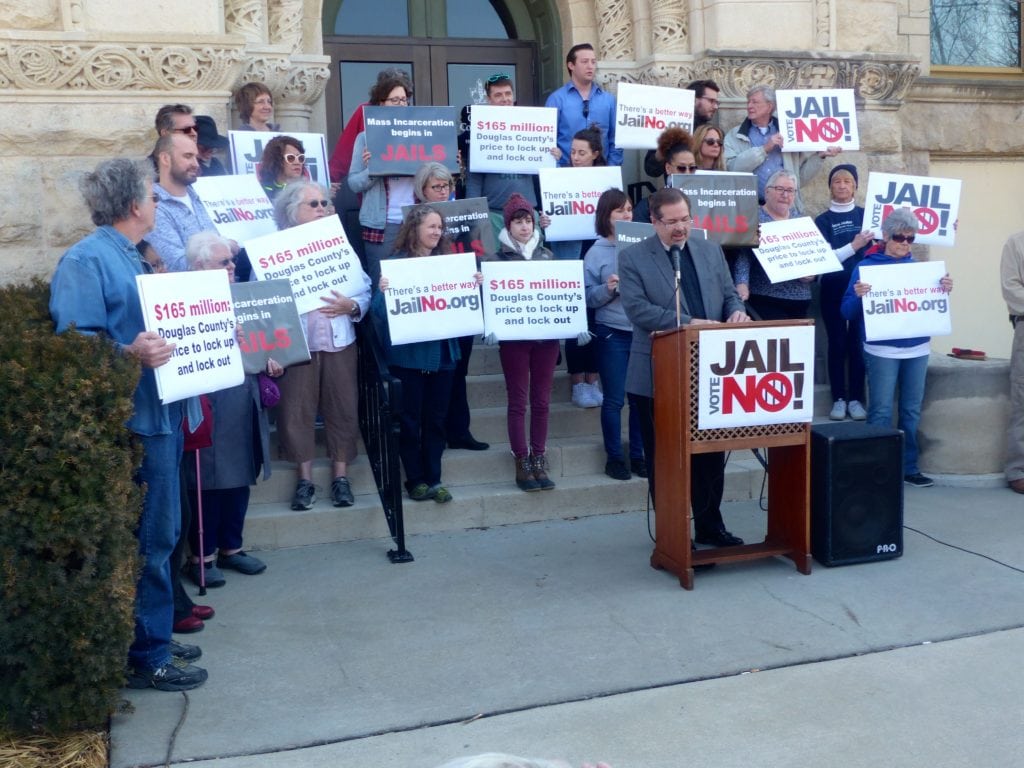 Faith-based advocacy group Justice Matters is set to host a public meeting later this month to encourage community action stemming from a recently published study that found stark racial disparities in bookings at the Douglas County Jail in the last five years.

The group is inviting the public to learn more about that study Monday, Jan. 30 from 5:30 to 7 p.m. in the Lawrence Public Library’s auditorium, 707 Vermont St.

The study was prepared and published by the Vera Institute of Justice, a Brooklyn-based nonprofit focused on criminal justice reform, and was shared with members of the Douglas County Criminal Justice Coordinating Council last month. Justice Matters led the push for a population study back in 2020, at the same time the county was considering whether it should expand the jail.

The study compiles data about people released from the jail during the five-year period from Jan. 1, 2017, to Dec. 31, 2021. In part, it finds that police booked one out of 11 Douglas County residents who were 25 to 54 years old — excluding the college-age population — during that time, but almost one in three of those bookings were Black men and almost one in six were Hispanic men. It also found that the majority of bookings were for minor, nonviolent charges like probation violations.