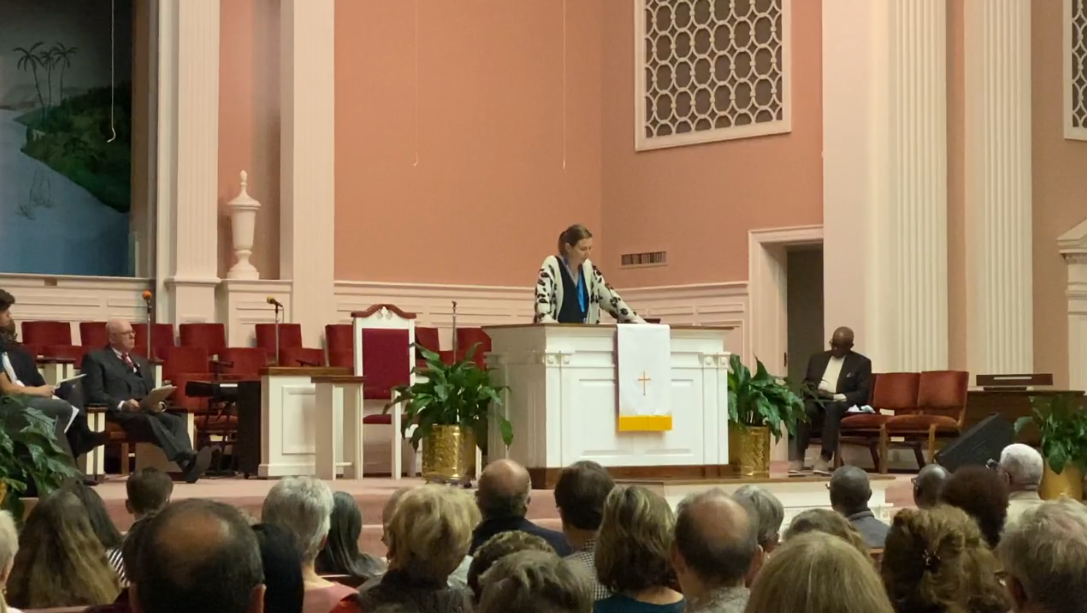 CAJM is a faith-based organization comprised of many different Christian, Jewish, and Unitarian members. Their mission is to “come together to make the Charleston area a more just place to live, work, and do business.”

Community leaders spoke about these different issues as well as gave new data and testimonies on some of the changes that have been made.

For example, the Principal of Northwoods Middle shared a part of her school’s recent behavioral transformation. When Dr. Colleen Knauer became the principal in 2016, Northwoods Middle School was leading the state with 49 student arrests.

She slowly began implementing a program that focused on “Culture, Climate & Discipline” that encouraged positive reaction to discipline. Over time, the rate of school arrests declined.

From January 2019 to now, new data has confirmed only 10 student arrests at Northwoods Middle School. She says, “restorative practice does work, but only when the school can find the right fit and get buy in from the faculty, staff and students.”

Anther area of the community that leaders are actively trying to improve is the relationship with the Charleston Police Department.

Chief Luther Reynolds gave an update on the recently released Racial Bias Audit results that’s been in the works since 2017.

With data showing many areas of racial bias and over 60 reccommendations for improvement, Chief Reynolds explained what’s happening now and in the near future.

“Beginning in January,” he says, “other areas that will require more investment are being worked on to achieve better reports around operational strategies and outcomes regarding race, fairness and social justice issues.”

CAJM also discussed the growing need for transportation and the lack of affordable housing; especially in the North Charleston area.

Heyward says that the lack of affordable housing is difficult to explain to people who haven’t experienced it firsthand.

“It’s very easy to ask a person that can afford housing when their mortgage is being met, when they’re paying their taxes- no big deal. But when you think about what you have, faith says you should also think about what other people don’t have.”

Moving forward, the organization is planning for a winter 2019 meeting (date TBD) to prepare for their big rally on March 2nd, 2020.