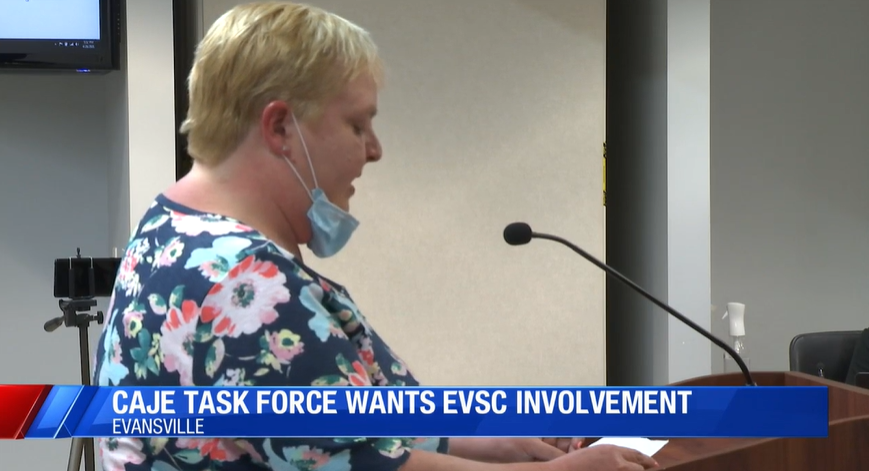 EVANSVILLE, Ind. (WEHT) – Congregations Acting for Justice and Empowerment continues to urge the EVSC to be part of a task force created to expand mental health services for children on the Autism spectrum.

2016 data from the CDC shows 1 in 54 children in the United States has an Autism Spectrum Disorder.

CAJE task force members say they formed a task force committee for those who had to find resources outside Vanderburgh County since they’re not offered here. At last week’s school board meeting, parents along with CAJE members spoke out. One parent puts part of the blame on the EVSC.

“When I learned that the school was using their resource officer to handcuff my seven-year-old son to chairs when he was struggling due to the lack of supports, I made the decision to pull him out of the EVSC,” Yvonne Martin said.

Some said many kids with Autism will eventually end up behind bars.

“They cannot be served well in jail, which has been the place where several young people have had to go because no inpatient service providers would admit them if they had Autism,” said CAJE member, Priscilla Wolfe.

EVSC issued a statement on Monday in response to CAJE’S claims:

“The EVSC is a leader in the area of mental health supports for children in our community. Designating official appointments to a board or task force carries certain legal ramifications for the EVSC. However, we have attended numerous CAJE meetings in the past where we have continually offered to serve in the role as thought partner.”

“We would like them to be thought partners, by having someone participate in the meetings,” said Joseph Easley.

Members who have written dozens of emails are now calling upon other parents with children in the school system to do the same. They’re asking that Dr. David Smith — along with the rest of the school board — attend their virtual action on May 10th.