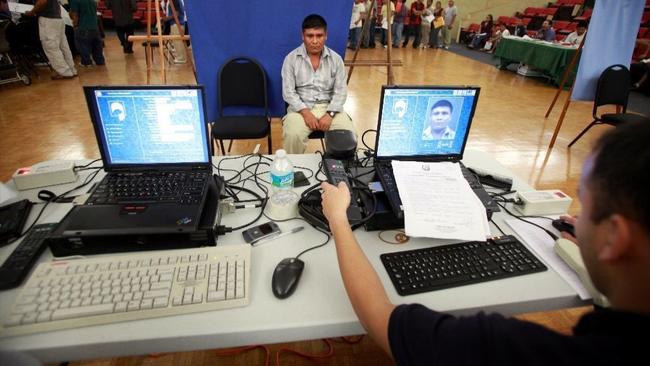 A Palm Beach County advocacy group wants to offer identification cards that undocumented residents could use to access government services and avoid going to jail for minor offenses.

The proposal has secured county funding and earned a key endorsement from the Criminal Justice Commission, an advisory panel of law enforcement, judicial, business and other community leaders.

But it’s stalled amid concerns from Palm Beach County Sheriff Ric Bradshaw, who leads the county’s largest law enforcement agency. He hasn’t agreed to accept the cards as a valid form of identification. A similar effort in Miami-Dade County has also failed to gain traction, despite a request in 2015 that a program be created.

A coalition of religious congregations — called People Engaged in Active Community Efforts, or PEACE — has pushed the project in Palm Beach County for more than a year. It would be modeled after a community ID program that has operated since 2009 in Mercer County, N.J. Other communities across the country, including Chicago, New York City and San Francisco, have also launched ID programs.

Jill Hanson, a member of PEACE, says not having an ID can prevent people from opening bank accounts, getting a job, renting an apartment, picking up prescriptions and accessing charitable programs.

Even getting into a gated community for a landscaping job without ID can be difficult, she said.

“We believe all people are our brothers and sisters,” Hanson said. “Many of the people in our churches who are undocumented have lived here years and years. They pay taxes, but they get nothing back in benefits from the government. They are rooted in our communities.”

PEACE stresses it’s not just undocumented workers who would benefit. Homeless people, those recently released from prison, the elderly and anyone else in the community in need of an ID could use the program.

This is an example of a community ID card issued in Mercer County, N.J. (Submitted)

Hanson said elected officials are likely fearful of the program, though, because of President Donald Trump’s vow to cut off federal funding to communities that don’t fully cooperate with immigration agents.

The Justice Department recently issued subpoenas to West Palm Beach after it adopted a “welcoming city” resolution that stated city employees would not inquire about a person’s immigration status.

Palm Beach County Commissioner Dave Kerner says he is interested in the ID program because he thinks it could save taxpayer dollars. When a police officer stops someone for driving without a license, they often must take them to jail — instead of just issuing a notice to appear in court — if they don’t have identification.

That increases the strain on the criminal justice system and can lead to job loss for low-level offenders, he said. The community ID card wouldn’t substitute as a driver’s license, but it could establish local residency that would give officers more discretion whether to take someone to jail.

Kerner secured $75,000 in county funding for the project, which would be operated by a nonprofit group, such as the Legal Aid Society of Palm Beach County.

Kerner said that one stumbling block for the program is the list of card holders would likely be a public record under Florida law.

“I have a concern it is going to create a list of undocumented people who are in the county,” he said. “I don’t think local government should be creating lists of human beings eligible for deportation. That’s the federal government’s role.”

About 700 jail admissions are recorded each year in Palm Beach County where a driving license infraction is the most serious offense, producing an average annual incarceration cost of $45,000, according to a Criminal Justice Commission analysis.

To obtain a Florida ID or driver’s license, applicants must show proof of legal status, such as a valid green card. Mercer County’s program allows applicants to establish their identity through another country’s driver’s license, passport, consular ID and other forms of photo ID.

Twelve states, including California, and the District of Columbia allow unauthorized immigrants to obtain a driver’s license, according to the National Conference of State Legislatures.

Although the Criminal Justice Commission recommended the community ID program, it had some concerns, including worries about fraud and the retention of records.

Judge James Martz, a member of the commission, said the program could be subject to abuse if verification checks are not sufficient. He said more work needs to be done to ensure the “unintended consequences don’t outweigh the benefits.”

“I sympathize with the plight of our illegal immigrants to try to avoid incarceration, but I also know there are nefarious people in our communities who may use it for other purposes,” Martz said.

But Bradshaw wrote in a letter that he thinks only “class 1 proof of identity,” such as a passport, consular ID, driver’s license or state ID, should be accepted for the community ID program.

“The bottom line is that it seems to me if in fact an individual has all these documents and lives in Palm Beach County, obtaining existing legitimate ID will be no problem,” he wrote. “Creating another ID that serves no additional purpose does not appear to be necessary.”

Miami-Dade commissioners requested in 2015 that county administrators develop a plan for implementing a community ID program.

The plan still has not been submitted for consideration, said County Commissioner Daniella Levine Cava, a supporter of the project.

“It is very frustrating when these reports are very overdue,” she said. “It’s an important opportunity to explore, so I’ll be pressing the administration for a response.”