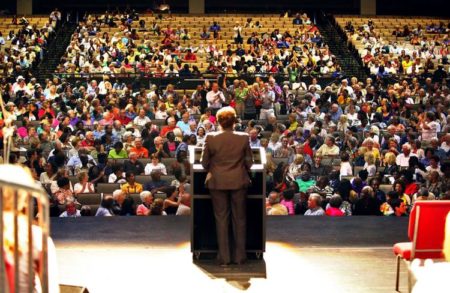 When LuAnn Rosenzweig’s son got in a fight 14 years ago at Wando High, the administration punished him with a three-day suspension.

What bothered Rosenzweig is that the school didn’t address the underlying conflict: Her son and the other students returned to school three days later and were expected to act as if nothing had happened.

Times are changing. Hoping to address conflicts and reduce suspensions, the Charleston County School District will host a free community workshop Saturday in North Charleston on restorative practices, a conflict-resolution technique that has helped address behavior problems in schools worldwide.

Families are invited to attend with their children. Students ages 10 and older may participate in the main workshop. Students ages 4 to 9 may attend a separate kids’ program, according to the district. The workshop is entitled: “Believe – Empower – Transform.”

The district is hosting the workshop with the Charleston Area Justice Ministry, an interfaith advocacy group that has pressed the district to adopt restorative practices in 2014. Rosenzweig, an outspoken CAJM member who attends Kahol Kadosh Beth Elohim, said she is glad to see the district moving forward on a plan that could have addressed the conflict between her son and his classmates.

“They would have had to talk about their side of the story, how they felt, what they should have done differently,” she said. “They would have to make a plan going forward, sign a contract, and peer mediators would check in with them every few weeks. They would have learned each other’s stories.”

Jennifer Coker, the district’s executive director of alternative programs and services, said students in these schools still face the consequences written in the district code of conduct. But starting next year, they will begin sitting in restorative practice circles when problems arise.

No one gets to leave the circle until the matter is settled.

“I would venture to say that the restorative practice circle is almost worse than being suspended because you have to own up to your behavior in front of the people you’ve hurt,” Coker said. “You have to take accountability.”

It’s not a new concept. Some Australian police officers began using the technique to address grievances between juvenile offenders and their victims in the 1990s. Schools there began adopting the technique shortly afterward.

In the United States, a 2014 study published in the Journal of Educational and Psychological Consultation looked at 29 high school classrooms where restorative practices were used and found that they reduced the number of discipline referrals for Latino and African-American students. Teachers reported having more positive relationships with their students, and students said they saw their teachers as more respectful.