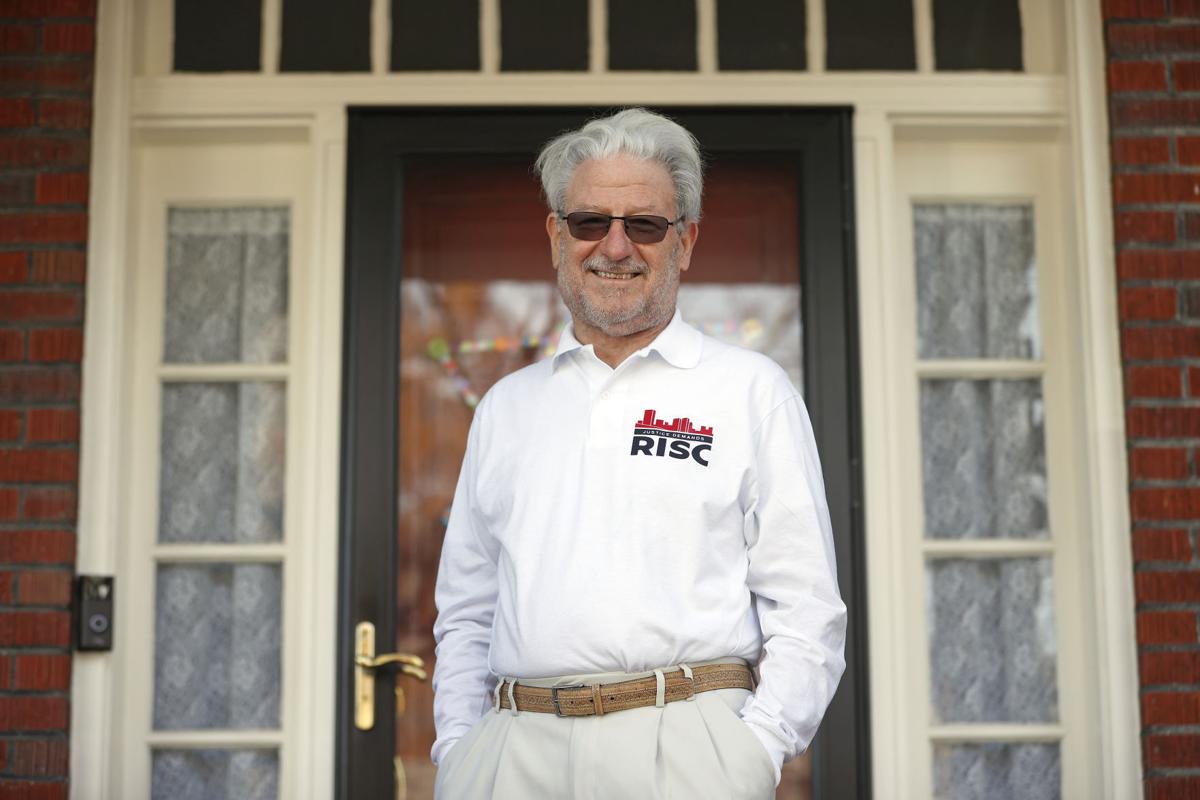 Steve Saltzberg knows a thing or two about persistence.

In his decade with Richmonders Involved to Strengthen Our Communities, or RISC, he has pushed city and county leaders to adopt systemic changes for some of the region’s most complex and pressing issues.

Saltzberg, a 76-year-old Museum District resident who now serves as RISC’s co-president, has earned a reputation as a tireless advocate for the construction of affordable housing and the prevention of gun violence.

“It’s sort of his mission in his retirement to make sure change happens. And whether it comes at a fast pace or a slower pace, he’s not going to be content with the status quo,” said Marty Wegbreit, director of litigation for the Central Virginia Legal Aid Society and a RISC member who has worked closely with Saltzberg.

Founded in 2002, RISC is a multifaith, multiracial organization that includes members from 22 congregations in Richmond and Chesterfield and Henrico counties.
Their dedication to the causes has paid off.

Earlier this year, as the COVID-19 pandemic gripped the region, RISC mobilized its members to lobby the city to use a substantial chunk of its CARES Act money on rent relief.

Shortly after, the city announced $6 million would go to help families facing eviction.

“We’ve impacted thousands of people with what we’ve done, in terms of housing, in terms of trying to get young people into jobs in the health care industry, for getting kids to read on grade level,” he said. “One of the things I like to think about is those folks have no idea that RISC had anything to do with it.

“I think there’s something really magic about being able to work with an organization most in need and those who don’t have much of a voice by themselves.”

RISC’s work on the affordable housing front spans the period Saltzberg has served in some leadership capacity with the organization. In 2011, RISC called on the city to create a trust fund to promote the construction of homes for families making less than the region’s area median income.

Its members saw that other metro areas had successfully used the approach to replenish housing stock and keep rents affordable, while many families in Richmond were limited in their options.

In 2015, city leaders finally formed the trust fund and seated Saltzberg on its oversight board. Since then, its annual funding has hovered below what RISC believes is necessary to make headway on the issue: $10 million annually.

Years of lobbying paid off this fall, when the City Council endorsed a resolution expressing its desire to see the money included in the city’s next budget proposal in the spring.

“We’re going to continue to press to make sure that money gets put in the budget on a regular basis,” Saltzberg said.

Another long-awaited goal is within reach, too: a dedicated funding stream for the trust fund. Mayor Levar Stoney laid out a plan for one this year, and the full council could vote on it early next year.

Saltzberg and RISC want to see half of the money in the trust fund go to the construction of deeply affordable homes for families making less than 30% of the area median income.

Without that commitment, the most vulnerable residents in the region will continue to face the threat of eviction, he said. Leaders need to understand that, Saltzberg said. However, RISC’s ask is a “tough sell,” he added.

Sometimes, officials are reluctant to follow through on RISC’s requests, such as a nationally recognized Group Violence Intervention program it wants city leaders to adopt to help curb shootings.

Wegbreit said Saltzberg’s perseverance is instrumental to the organization in those instances because he always stays the course.

There’s a famous quotation from civil rights leader the Rev. Martin Luther King Jr. in Saltzberg’s email signature: “Change does not roll in on the wheels of inevitability, but comes through continuous struggle.”

Said Wegbreit, “When you believe that, then you don’t give up.”