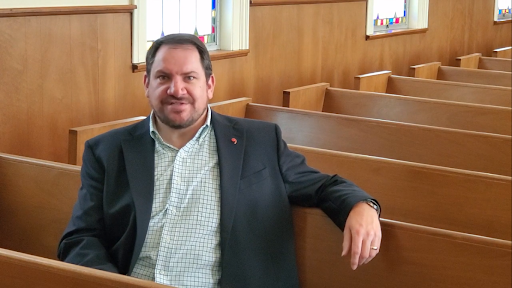 EVANSVILLE, Ind. —  The Congregations Acting for Justice and Empowerment held a virtual meeting Monday night to highlight some of the most pressing issues facing Evansville at the moment.

CAJE pledged to continue, into 2021, tackling the lack of affordable housing, the need for mental health and addiction crisis intervention, mental health services for children on the autism spectrum and rising gun violence.

Three individuals from the community gave their testimonies on how these issues have affected their lives.

“I don’t feel safe in my home. People are living in fear,” Linda Clark said. The increase in gun violence has taken away the safety of what she said was once a quiet neighborhood when she and her husband first moved in.

“As of late, we haven’t had a solid week without hearing gunshots or reports of gunshots,” Clark said.

One night, while at home, Clark heard what she believed had been fireworks. The next morning, while driving to work she noticed her car had been running hot. A mechanic ended up pulling a bullet from the radiator.

“My first thought was, what if I had been sitting in my car,” she said.

That wasn’t the only frightening instance for the Clarks. There was another morning where they found a bullet hole in their home, inches below where she and her husband sit to watch TV.

She said in a recent shooting, her cousin, an innocent bystander, was shot three times and could have died.

“I don’t know how many more innocent people, innocent bystanders have to be injured or even killed by a stray bullet due to gun violence. I don’t have enough time to tell you all that I and my husband have been going through in the last several years. I don’t feel safe in my home,” Clark said.

She said while there’s no quick fix, doing things like partnering with the National Network of Safe Communities is a great way to start tackling the issue.

The second testimonial came from Dana Funkhouser, who worked in the education and social services fields and currently works with individuals with disabilities.

Her two sons are diagnosed with autism and several co-occurring conditions including mental health disorders.

She brought up the story of an autistic teen she said was incarcerated for years because the local community and state did not provide him and his family with the necessary treatment and support.

“I am afraid one day, especially as my boys get bigger, I will have no choice but to call 911. And I will not know if the first responders will have the training to de-escalate the situation or instead cause more trauma,” Funkhouser said.

She is afraid one day her sons will be “incarcerated for being dually diagnosed children in a community that refuses to support everyone.”

There aren’t resources in town that support autism and co-occurring conditions, she said. Schools and first responders aren’t consistently trained to understand an autistic meltdown leading to them not responding correctly,” Funkhouser said.

“In our community, our children are being refused treatments and services simply because of their diagnosis. They are put in a situation with community helpers that are not properly trained,” Funkhouser said.

Her son was diagnosed 12 years ago with bipolar and schizophrenic affective disorder and had been stable for over a decade.

In March everything changed when they noticed signs of mania but could only keep an eye on him because he didn’t meet the criteria of being a threat to himself or others.

“On March 20th, my daughter had to call 911 because I was fighting for my sons’ life with my son,” DeVries said.

Her son was attempting to slash his throat with a knife. She said law enforcement came, tased, tackled and cuffed him before transporting him by ambulance to the hospital.

After getting the help he needed, he’s doing well now, DeVries said.

“But that’s not the case for many families in Vanderburgh County. Many families suffer along, trying to get their loved ones the care they need,” she said.

“I want your people power. We’ve seen what our collective people power can do to bring about change in our community. Work with us as we work with city and county officials to bring this much-needed crisis care cent to Evansville. No family should have to call 911 because there’s not another recourse for their loved one having a mental health crisis.”

Mayor Lloyd Winnecke gave an update during the meeting on funding for projects including the crisis center.

After the city was denied a federal grant last year for operations of the center, they’ve regrouped and have been seeking other sources for funding.  He said while most resources are currently going to ease the problems caused by COVID-19, Winnecke is confident they will secure the necessary funds.

Aurora’s Re-Entry program, the first in the state, helps former offenders successfully transition from incarceration to daily life in the community.

Zachary Heronemus, the director, said their work hasn’t stopped during COVID-19 and in that time, has had 110 clients come into the program and 40 exit self-sufficient. One man who was laid off during COVID started his own businesses.

Other panelists at the meeting described the success of the program as inspiring and proof of the positive impact working for a more equitable community can have.