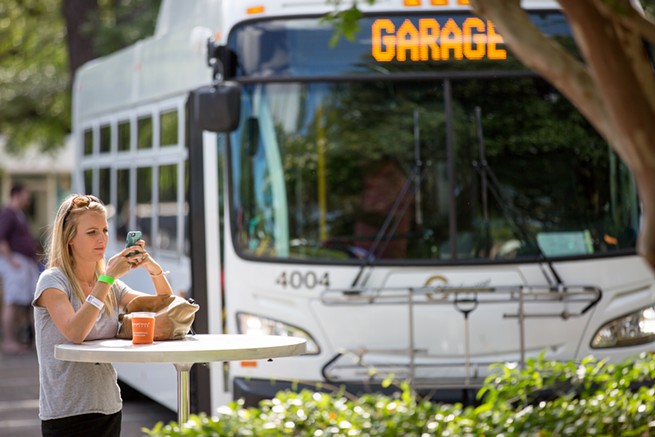 A week after a social justice group called for improvements in the area’s public transit system, the Charleston Area Regional Transportation Authority announced fares that are friendlier to low-income and older riders.

The system will expand its $1-a-ride senior fares to all operating hours. Currently, the discount is only available between 9 a.m. and 3 p.m., a restriction that advocates say prevents older, low-income users from riding during peak hours.

Transfer fees, which cost 50 cents each, will be eliminated. In addition, $15 unlimited weekly passes and $25 weekly unlimited express passes will be introduced.

CARTA’s board of directors voted to revise its policies at a meeting on Wednesday, according to a press release. The changes will come up for approval on July 15.

The changes come after the Charleston Area Justice Ministry, an advocacy group made up of 30 interfaith congregations, held its annual Nehemiah Action rally at Mount Moriah Baptist Church in North Charleston on May 6.

Transportation was one of the topics on the agenda. At the rally, two members of CARTA’s board agreed to push for the newly-introduced options, which the advocacy group dubbed the “Fair Fares Plan.”

“It’s gonna help the seniors, because not all seniors retire at the age that they need to retire, but they still need to have access to their senior discount passes at all hours,” said CAJM member Pat Mack, who co-chairs the group’s transportation committee, in an interview with the City Paper.

Mack lives on the Westside and doesn’t use the transit system much, but she says her friends often gripe about its shortcomings. At last week’s meeting, CAJM also called for the system to increase frequency and extend hours on routes 11, 12, and 32, all of which have heavy transfer rates with route 10.

“It’s just that the route is not good for them or the frequency does not work out,” she said. “We did have a frequency plan, but right now that’s being worked on. They haven’t agreed to that yet.”

The transportation authority has acknowledged CAJM’s role in introducing the changes.

“The steps taken today will directly benefit a large portion of our ridership by easing strain on wallets and reducing barriers to mobility,” said CARTA Chairman Mike Seekings, a candidate for mayor of Charleston who did not attend last week’s rally.