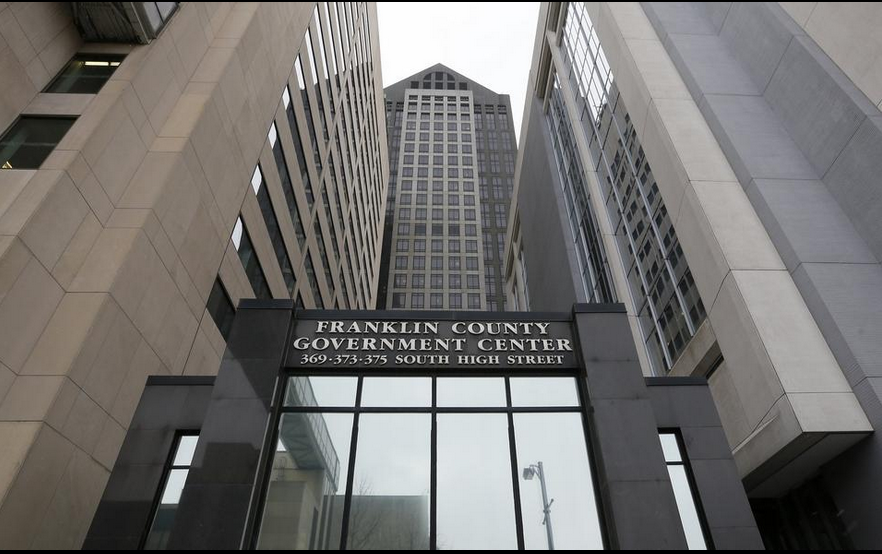 Partway into the Rev. Charles Leister’s recitation on the parable of the wheat and the tares, the Franklin County commissioners had had enough.

Leister, senior pastor of the New Beginning Christian Center, spoke during the commissioners meeting Tuesday as co-president of the interfaith group BREAD, which stands for “Building Responsibility, Equality and Dignity.” For months, members have appeared regularly before the commissioners and the Columbus City Council to urge more funding for affordable housing.

On Tuesday, Leister used his three minutes of public comment time to voice his disappointment that the commissioners did not attend a recent BREAD event.

″… You don’t have the whole picture, and yet you come week after week and say the same things and we listen very respectfully,” Brown said. “For you to come here today to say we’ve not heard is very disingenuous.”

BREAD has been vocal in its calls for the commissioners to increase conveyance fees, which are paid by those selling property. The fees include a state-mandated $1 per every $1,000 in sale amounts, plus an additional permissive portion of up to $3, as set by counties.

In Franklin County, the current rate is $2 per $1,000 — the $1 state fee and a $1 county permissive fee. The collections generate about $7 million annually that is earmarked for housing programs, split between the Affordable Housing Trust and the Community Shelter Board.

BREAD wants the county to levy an additional $2 in conveyance fees and direct the proceeds toward affordable housing initiatives to help the estimated 54,000 area households that live in or near poverty and struggle with housing costs.

The commissioners earlier indicated that they were considering a conveyance fee increase as part of a comprehensive economic development strategic plan expected to be unveiled in coming weeks.

O’Grady told Leister Tuesday that he appreciated BREAD’s efforts to identify and address needs among residents. But he said he disagreed with the group’s tactics, which he said amounted to bullying public officials.

“Their issues are the right issues, their hearts are in the right place, and individually they’re all fantastic people,” O’Grady said. “But collectively, they have a mindset of they’re going to run the show and they’re going to put elected officials in their place.”

Leister said he wasn’t trying to bully; rather, his group is seeking clear answers and explanations on the conveyance fee increase and other issues.

“We, as BREAD, we want to work with you on this issue,” he said. “We feel it’s a significant issue in the community. We believe a lot of people are being affected, especially children, because they don’t have stability that they could find in a stable and safe home.”