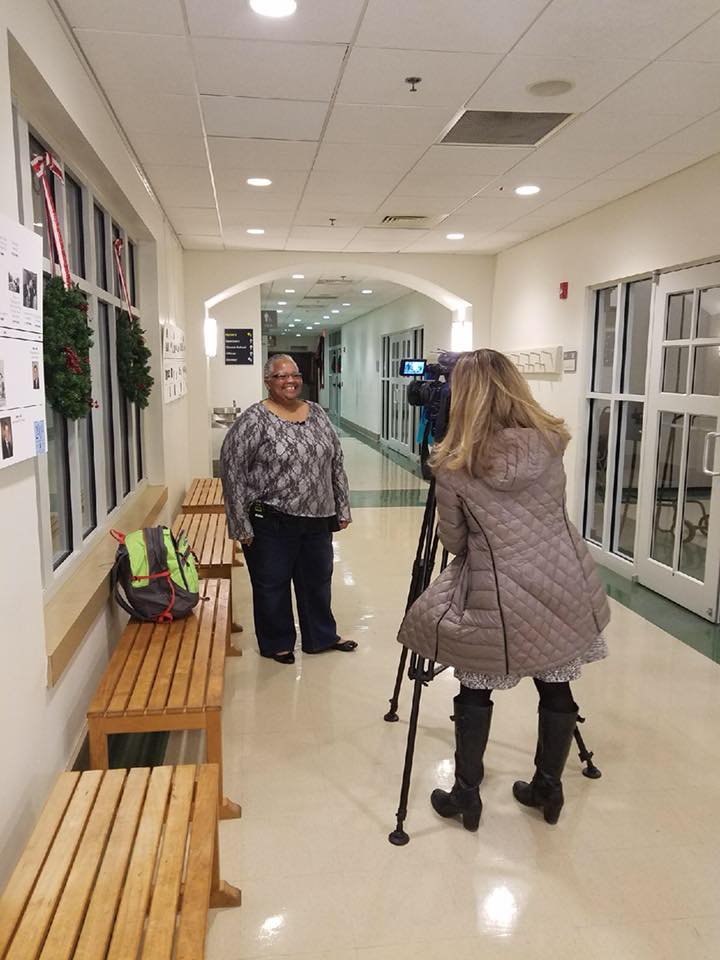 A “high number of suspensions and racial disparities” in Fayette County Public Schools is motivating Belinda Snead to implore school board members to make changes.

Snead said that she is not only speaking as a member of an interfaith organization but as a grandmother of students in Fayette County schools who have been suspended.

“I’m very concerned about the high number of suspensions and racial disparities,” Snead told school board members at their May 20 meeting. “My grandchildren have been suspended three times as have other families represented by the BUILD organization and we know that kids do better when they stay in school.

“While we recognize that there’s been some progress at reducing racial disparities, it is very concerning that a higher percentage of students at the high school level are being suspended this year.”

Snead, who said her grandchildren were suspended for defending themselves in fights, said she is a board member of BUILD, which stands for Building a United Interfaith Lexington through Direct Action. Pastor Joseph Owen of Lexington’s Shiloh Baptist Church and other BUILD members came with Snead to the school board meeting.

Snead said her group’s research showed that the rate of suspension for black students in high school is more than 16 percent and across the district, black children are being suspended three times more often than white children for the same offenses.

“They also received harsher punishments,” Snead said. “We must look for real solutions.”

Earlier in May, Fayette district officials provided suspension rate data , saying that while student enrollment has increased, compared to three years ago, students have missed 464 fewer days of school because of suspension in 2018-19. During the 2016-17 school year, roughly 1.5 percent of elementary students were suspended one or more times. As of April 30, only 0.95 percent of elementary students had been suspended one or more times.

In 2016-17, black students were 4.5 times more likely to be suspended than their white peers. This year, that trended down with the disparity falling to 2.6 percent for elementary students, officials said. Middle and high school suspension rates for black students also trended down, she said, while the rates were slightly higher for white and Asian students in Lexington high schools. Fayette Superintendent Manny Caulk has said there was no quick fix for the long-standing disparities, but the district is committed to making the needed changes.

Snead said her group was in favor of a model of restorative practices to reduce suspensions and racial disparities called “SaferSanerSchools” that had been implemented in Jefferson County Public Schools with success.

Jennifer Brislin, a spokeswoman for Jefferson County Schools, said restorative practice is a social science that is designed to mediate conflict and ease tensions by repairing harm and restoring relationships. Restorative practices aim to prevent misbehavior by building trust among students and authority. The Courier-Journal reported in February that Jefferson County Schools has been working to reduce suspensions.

Snead said her group wants to meet with Caulk. Fayette school board chair Stephanie Spires said she had been invited to meet with BUILD members and would do that soon.

“I think collaboration is so important on this issue,” said Spires.

Spires has agreed to meet with BUILD members to plan a visit to Jefferson County Schools to learn about their suspension prevention program.

Spires said she also told BUILD members that she would independently look at districts that are similar to Fayette County Public Schools’ demography and that struggle with similar issues to Fayette’s school district.

“While we are in year three of our five year plan and seeing positive results in suspension reductions, I am always open to additional ideas and supports,” Spires said.

In a statement Friday evening, Fayette district officials said they already have a trainer who works directly with schools on restorative practice, and have plans to expand the number of individuals trained in the process this summer.