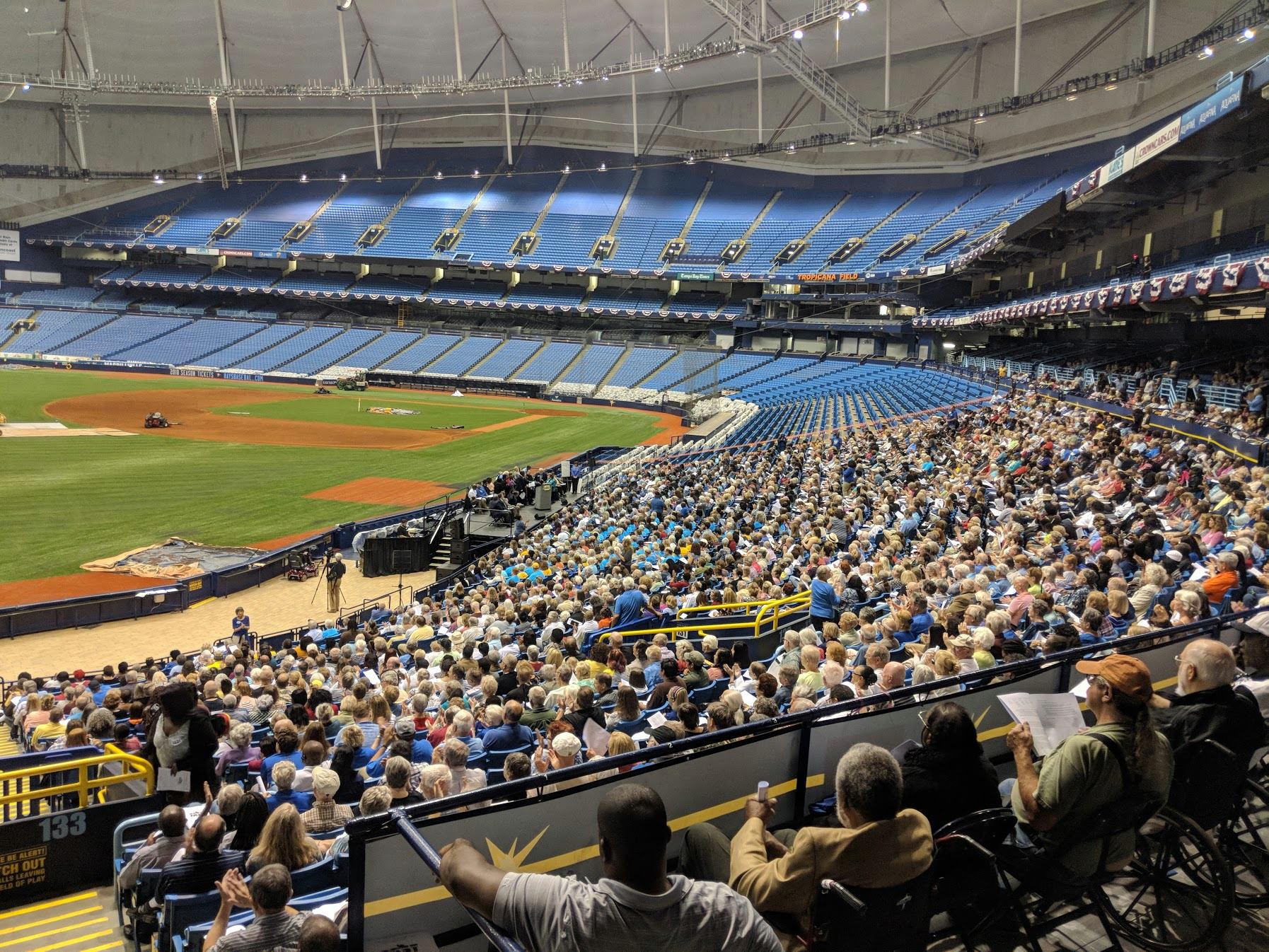 A coalition of more than 40 Pinellas religious congregations known as Faith and Action for Strength Together (FAST) plans to bring together 3,000 Pinellas County residents during its annual Nehemiah Action this evening, to hold St. Petersburg Mayor Rick Kriseman accountable for keeping his promise of spending $15 million Penny for Pinellas funds on affordable housing before 2030.

Penny for Pinellas, which was reauthorized by referendum in 2017 for 2020-2029, is a one-cent surtax that levies sales tax revenues to pay for infrastructure.

On Monday night, FAST will put pressure on Kriseman to begin spending Penny for Pinellas funds in 2020, and spend a majority of the funds over the next five years.

According to St. Petersburg Deputy City Administrator Tom Greene, the city’s projected budget is not set in stone, but rather updated yearly. FY 2020 budgets will go to the City Council later this month. Greene said that the funds were not assigned to housing until 2023 because there were not current housing projects on the city’s desk during the 2019 budget process. According to city documents, Neighborhood Affairs director Robert Gerdes had previously stated that City Council would have to vote to “unfund” another project, in order to prioritize affordable housing sooner.

That has since changed. The City is currently in the process of negotiating the purchase of 4.76 acres at 635 64th St S., the current site of Grace Connection Church near Pasadena. Gerdes brought the project before the Housing, Land Use, and Transportation committee in late March. He anticipates that if all goes well, the project will move forward in FY 2020. The purchase would be the first use of the $15 million Penny for Pinellas funds, at a projected cost of $1.75 million. Gerdes also mentioned that the city is actively engaged in negotiations of another project that has not yet been announced.

According to city documents, the Grace Connection Church site could yield as many as 98 units after it goes through a rezoning process. If the city abides by Resolution 2018-385, 75 percent of those units would be allocated toward families making $50,000 per year or less. That resolution, allocating 75 percent of units leveraged by Penny for Pinellas funds toward families making 80 percent of Area Median Income (AMI), was another commitment that FAST secured from City Council in 2018.

Still, the project timeline is considerable. Gerdes said that the city will hold a public meeting in late April and the purchase contract is set to go to City Council in May. Following that approval, a considerable amount of time will be dedicated to rezoning the subject property and the request for proposals from affordable housing developers.

Housing, Land Use, and Transportation Committee Chair Brandi Gabbard said the city is in the process of creating zoning and land use regulations known as overlay zones that would make affordable housing easier to build throughout the city, regardless of largely single family zoning categories; but those regulations don’t yet exist.

FAST’s Nehemiah Action takes place Monday night at 7 p.m. at Tropicana Field. It is free and open to the public. Other issues to be discussed include youth arrests, the implementation of Restorative Justice Practices in Pinellas County schools, racial profiling and mental health concerns.