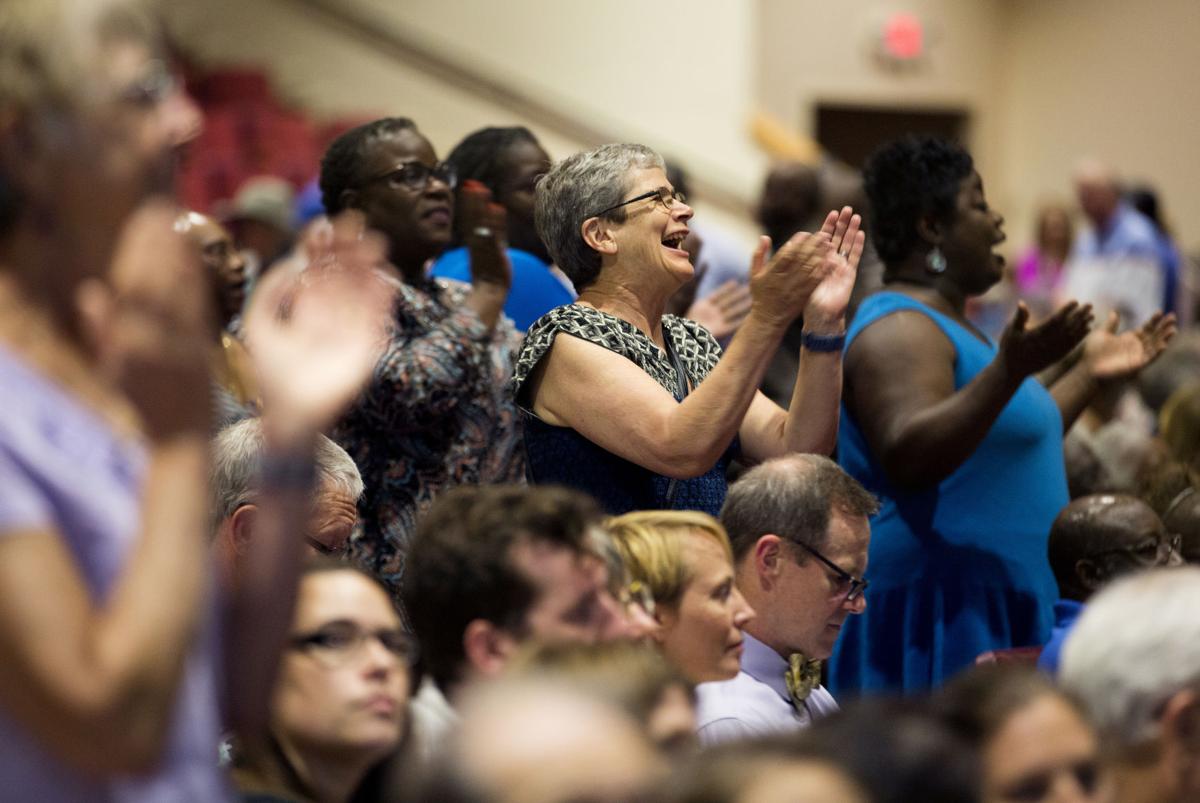 While a bus rapid transit system aimed at providing adequate transportation is projected for 2025 in Charleston region, elected officials said they won’t wait that long to work on efforts to make public transportation more efficient and affordable.

Currently, 15,000 people ride CARTA buses each day with 13,200 either walking and biking to a CARTA stop and most riders earn less than $30,000 a year, according to the ministry. Riders rely on routes that run on average, every 60 minutes.

CARTA also has senior citizen discount passes, but the passes can’t be used during peak hours.

“Charleston should be a place where all people are connected and human lives are valued,” said Dr. Matthew Cressler with the Unitarian Church in Charleston.

In addition to supporting the Fair Fares Plan, CARTA Board of Director Member Dwayne Green, James Lewis and Vic Rawl committed to working with CAJM to increase frequency and extended hours on specific routes along the Northbridge, Dorchester Road and Ashley Phosphate corridors where riders wait extended amounts of time for buses.

After last year’s rally, a task force, composed of people from local nonprofits, businesses, and CAJM members, made the recommendation to County Council to increase property taxes to support affordable housing.

In the Charleston area, those earning $15 an hour would have to work 54 hours a week to afford the basic two-bedroom apartment, according to CAJM. Recent reports also highlighted that North Charleston has one of the highest eviction rates in the nation.

Efforts to address the crisis have been underway in the region. In North Charleston, Councilman Brown noted that 50 units were being constructed.