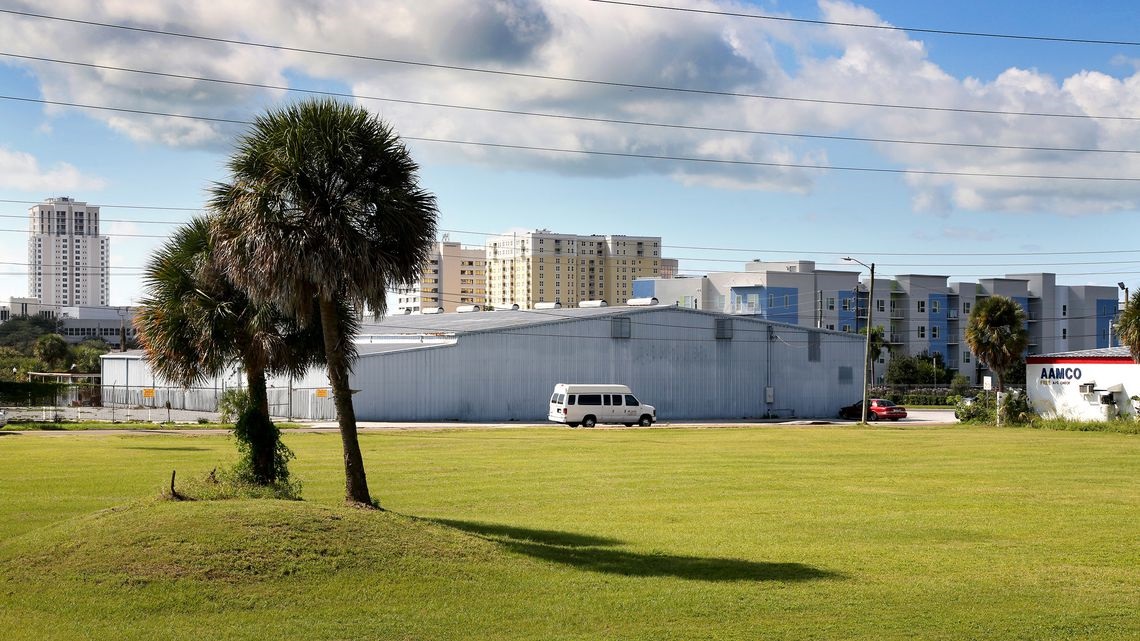 In March 2018, activists from Faith and Action for Strength Together invited Pinellas County commissioners to their annual rally at Tropicana Field, where the crowd of 2,500 heard their elected officials make a promise.

One by one, four of the seven commissioners in attendance pledged that every year between 2021 and 2030, the county would dedicate 4.15 percent of the Penny for Pinellas 1-cent sales tax revenue to build affordable housing.

A year later the commission put that promise in writing by unanimously passing a resolution. Using those guidelines, the county dedicated $8.4 million of Penny for Pinellas funds for affordable housing in 2021.

Now those faith-based activists say the commission has broken its promise.

A month ago, the Commission awarded a combined $9.6 million to two projects that have less than 15 percent of units dedicated to people earning 80 percent of area median income or less — $56,250 for a family of four. That was the threshold outlined in the county’s 2019 resolution.

“We were in disbelief that after working with (commissioners) and securing their promise in front of 2,500 people,” Faith and Action for Strength Together volunteer Kitty Rawson said during a virtual news conference Thursday. “We understand that we cannot do anything to change this decision that has been made, but we still have years in this Penny for Pinellas cycle and we cannot allow this to happen again.”

During the discussion of the awards on Jan. 12, County Administrator Barry Burton emphasized that the resolution also states funds could be used for “providing affordable housing for other income levels if data shows those income levels have the greatest need for such housing.”

Burton said county funding can make incorporating affordable units financially feasible for developers, “otherwise they would just put them all out at market rate.”

“If you drive up and down U.S. 19, you see all these large-scale developments: none of them are affordable,” Burton said. “We want them to be of interest in working with us to make them more affordable and so that’s going to be some workforce in addition to getting affordable units.”

County attorney Jewel White said the 2019 resolution is not legally binding for specific allocations, but more of a framework. The binding document is the 2017 interlocal agreement reached between the county and the 24 municipalities, which requires the county to use 8.3 percent of the net Penny tax proceeds each year on economic development and housing.

The statute that authorizes counties to levy the tax also limits Penny money for housing to land acquisition — not capital costs. But the county’s ordinance created a nexus between economic development and housing, freeing up some of the dollars to be used for workforce housing construction because of the economic development impact, White said.

But the 2019 resolution intended that at least half of the 8.3 percent of Penny money dedicated to economic development and housing is actually spent on affordable housing, activists said.

The Rev. Lee Hall Perkins, pastor at Mt. Zion United Methodist Church and member of FAST, said the lack of affordable housing fuels other social problems, from poverty to health disparities and educational gaps. More than 70,000 families in Pinellas County make 80 percent of the area median income or less and pay more than half of their income towards rent, according to he Shimberg Center for Affordable Housing at the University of Florida.

One of the approved projects, Washington Avenue Apartments led by developer Peter Leach in Clearwater, proposes 18 units at 80 percent area median income or less. It will include 153 units between 81 percent and 120 percent of area median income, or $84,000 for a family of four, the threshold of workforce housing. The county gave the project $5.6 million towards the $38.4 million total cost.

Leach told county officials last month that if he were to double the number of units at 80 percent or less, he would face a substantial loss, requiring $1.4 million more from the county.

The other project, at the corner of 4th Street North and 54th Avenue North in St. Petersburg, proposes 59 units below 80 percent, 66 units between 81 and 120 percent, with the remaining 290 units at market rate. The county awarded $4 million towards the $97 million total cost.

On Jan. 12, the county also awarded a combined $1.4 million to two St. Petersburg projects with at total of 116 units, all for renters with 80 percent of area median income or less.

The county received 18 applications for this first round of 2021 affordable housing Penny funding. Although others proposed 100 percent affordable units, only the four selected were shovel ready.

The commission approved the projects unanimously, although only five of the seven were in office when they passed the resolution detailing the affordable guidelines in 2019.

Commission Chair Dave Eggers said the county did not break its promise to Faith and Action for Strength Together. He said local government must leverage affordable housing components in mixed income projects so that taxpayers are not subsidizing the entire project. He added the government’s investment covers the affordable housing portions, not the entire project cost.

“What we’re trying to do is get that development mindset to think differently and it’s not easy to shift that around,” Eggers said.” “But we see it changing every time we go back to the market.”

Commissioner Pat Gerard also noted that only two of the 18 developers who applied with entire projects at 80 percent area median income or less could be built now. She expects more to emerge as the county opens more funding rounds over the next decade.

But activists with Faith and Action for Strength Together said they want officials to stick to their promise with any future awards.

“Our County Commission made a public commitment,” Perkins said Thursday. “The commissioners now have the responsibility to live up to their commitment and use that money for families that have the greatest vulnerability in our unjust system.”