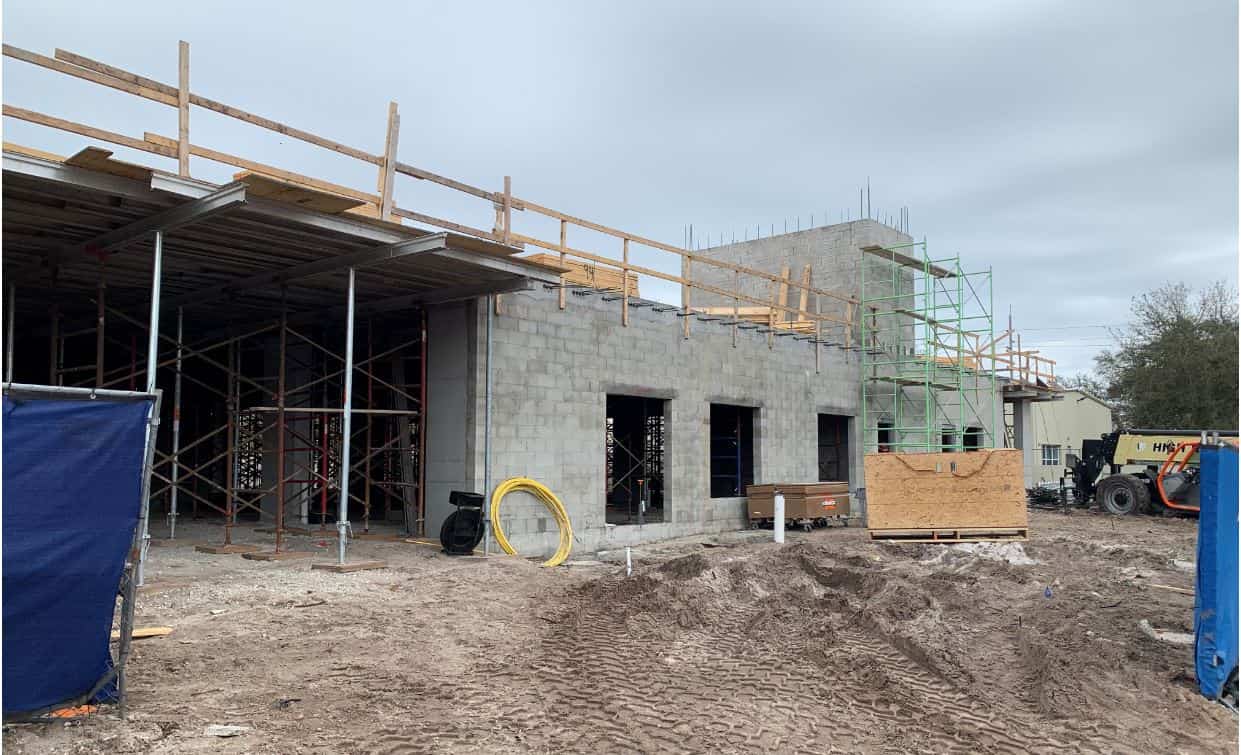 Sarah Ward had always known it existed, but became acutely aware of the problem when she tried to help several family members find a place to live. Something they could afford on their limited income. Somewhere safe.

Ward told me stories that included one of an out-of-town landlord who wanted her sister to make a deposit and pay the first month’s rent before he did basic repairs. A missing faucet was one.

Ward’s disabled brother, who works as a teacher’s assistant for Pinellas County Schools, was eventually able to snap up a 190-square-foot unit boasting a microwave for cooking and a dorm-size fridge. He pays $795 for the space. Another brother, who is divorced and recently had surgery for prostate cancer, pays $500 a month for a room.

She recognizes that there are many issues involved in the quest for affordable housing, but Ward believes they’ve been compounded by the coronavirus that has slashed incomes and forced people out of their homes. Her brother with the school district was evicted after the landlord insisted that he had plans to renovate, she said, adding that he found a loophole in the moratorium on evictions.

Retired after 32 years with the Pinellas County Planning Department, Ward said she allowed her disabled brother to move in with her temporarily, though she was terrified of contracting the coronavirus because of his work outside the house.

Her stories are not unusual. Former St. Petersburg City Council Member Karl Nurse told me about one of his employees who is frantically searching for a place to live after the new owner of her triplex announced that he was raising the rent by more than 50 percent.

Those types of stories and an urge to help are behind the push to improve access to affordable housing. Ward is a volunteer with FAST (Faith and Action for Strength Together) an interfaith and multi-racial group of more than 40 Pinellas congregations  that work together to tackle community issues such as education and housing.

Ward sits on FAST’s affordable housing subcommittee and is part of the organization through her congregation, Mount Moriah Missionary Baptist Church, at 3500 18th Ave. S.

A couple of years ago, FAST got Pinellas County Commissioners to commit to investing 4.15 percent of Penny for Pinellas funds to subsidize affordable housing for residents with 80 percent of the area median income (AMI) – $56,250 for a family of four – and those below. This week, though, the group held a press conference to say that commissioners broke their word in January when they allocated only a fraction of $9.6 million to build affordable housing for the neediest group. They are not against the mixed-income projects that will be funded, FAST says, but they don’t want the funds to go to residents above 80 percent of the AMI.

Nurse, who is involved with three nonprofit organizations that build affordable housing, told me it’s a complicated issue. “I’m sympathetic to what FAST wants, but math is math. It’s not like we are having an army of developers wanting to build affordable housing,” he said. “Construction costs have gone up dramatically in the last five years. If we are going to build some units for under 80 percent of the AMI, it is going to require some compromises.”

It’s more profitable for developers to build multi-income housing that will embrace both those in the under 80 percent AMI group and others with slightly higher incomes, Nurse said. “If you can’t build a spectrum, what can you do?”

In an email several days ago, he offered: “The private sector has little reason to build affordable housing. So, therefore, it is really up to the local governments and the nonprofits to take the lead on this work.”

I spoke with another volunteer with FAST about the housing problem. Flo Young is a registered nurse who is originally from Jamaica and is a member of Bethel Community Baptist Church at 2901 54th Ave. S. Her knowledge of the affordable housing crisis is from the vantage point of a landlord. She has a small apartment building of eight units that she rents only to people who are mentally ill.

“I know how easy it is for them to lose their living and for people to rent to them,” she said. “I could rent for more money. This is my way of giving back. The Lord tells us we’re always going to have the poor with us.”

According to the National Low Income Housing Coalition, 7.2 million more affordable housing units are needed for extremely low income families. They are defined as those with household incomes at, or below, the poverty guidelines, or 30 percent of the AMI.

In Florida, the national group says, many of these households are “severely cost burdened, spending more than half of their income on housing.” They are most likely to sacrifice necessities such as healthy food to keep a roof over their heads. Ward won’t let her brothers do so. She prepares homecooked meals for them as often as she can.

Though far from enough, St. Petersburg has 188 affordable housing units in the works. Sixty-five are one- and two-bedroom apartments by Blue Sky Communities, which is getting $700,000 in Penny money and is building homes for the people FAST is most concerned about.

St. Petersburg has a 10-year plan to increase the supply of affordable housing. Rob Gerdes, the city’s neighborhood affairs administrator, said the plan is focused on affordable and multi-family workforce housing, with a target of 2,400 units.

He said the city is also working to increase market rate housing to keep costs down for middle class families making more than 120 percent of the AMI. Also, new zoning is making it possible to build accessory dwelling units such as mother-in-law suites and garage apartments. Last year, 30 were built.

The many-pronged effort to increase affordable housing also includes providing land on which to build. Over the next 10 years, St. Petersburg expects to get $15 million in Penny money. Gerdes said $2.7 million is available now.

This is all very positive news, but while the city, FAST, with its Pinellas-wide spiritual force, nonprofits, the county and others go about the job of trying to increase affordable housing, there will be neighbors who’ll resist. That is, until they realize that among those searching for a proper place they can afford is a son or daughter, a teacher, waiter, nurse’s aide or firefighter.