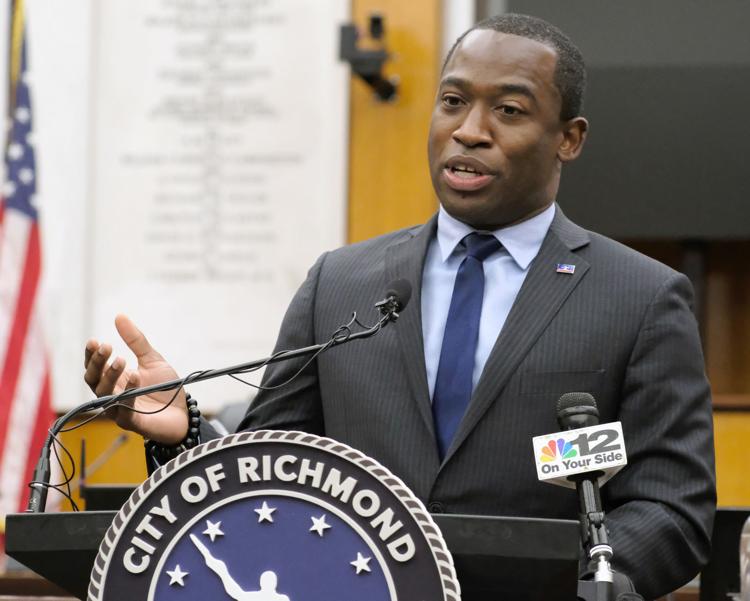 Affordable housing advocates respond to Stoney’s budget proposal: ‘Not going to cut it’

Richmonders Involved to Strengthen Our Communities, better known as RISC, criticized the mayor’s proposed flat funding — $2.9 million — for the city’s Affordable Housing Trust Fund in the spending plan he unveiled last week. The sum is less than a third of the $10 million the organization and the City Council have called for in recent months, RISC members said at a virtual news event held Tuesday.

“The mayor’s proposed budget shows clearly that there may be many things we value as a community, but the equal worth and equal dignity of every single Richmonder is not one of them,” said Rabbi Michael Knopf, a RISC board member who leads Temple Beth-El. “If we believe every single Richmonder is infinitely and equally worthy, then our budget wouldn’t put our most vulnerable residents last.”

The multifaith, multiracial advocacy organization is made up of members from more than 20 congregations around the region. Since 2002, it has backed initiatives to improve childhood literacy for Richmond Public Schools students and reduce gun violence, among others.

Its focus on the region’s lack of affordable rental housing led to the creation of the Richmond’s Affordable Housing Trust Fund, and contributed to the establishment of a new dedicated funding source for it earlier this year.

Stoney proposed, and the council approved, using new real estate tax revenues from properties with expiring tax abatements to fuel the fund. The Stoney administration estimated the approach would generate $10 million annually by 2025 and facilitate the city adding 10,000 affordable units by 2030. The council unanimously signed off on it in January.

But last week, when the mayor introduced his spending plan, the line item for the trust fund remained at $2.9 million, to the surprise of RISC members.

“$2.9 million is not going to cut it,” said Nancy Kunkel, a RISC executive committee member who is part of the St. Elizabeth Catholic Church congregation.

In a virtual event Stoney participated in last August while running for re-election, the mayor told RISC members that budgeting $10 million annually was his administration’s goal. The organization recirculated a video clip from the event this week. In the clip, Stoney responded “yes” when Kunkel asked whether he supported increasing the trust fund to $10 million annually.

In response to questions about the budget and his past statement, Stoney spokesman Jim Nolan said the mayor’s plan for the dedicated funding stream made clear the trust fund would gradually increase to $10 million in 2025.

RISC said the explanation from the mayor’s office was “extremely concerning,” and the incremental approach demonstrated a lack of urgency to meaningfully address the root cause of the region’s eviction crisis and surge in homelessness.

Stoney’s proposal is the first step of the city’s budget process. The council can amend it in the coming weeks before a final vote later this spring.

RISC will hold its annual Nehemiah Action Assembly on March 23. At the virtual event, it will ask city leaders to commit to amending the budget and dedicating half of the money to build units for households with the greatest need.

The organization is calling on members of the Richmond City Council, which ultimately approves the budget, to increase the trust fund’s allocation to $10 million for the fiscal year beginning July 1.

The council has already expressed support for one of the requests. Last September, the nine-member body unanimously approved a nonbinding resolution requesting Stoney include $10 million in his upcoming proposal and each subsequent year.

So far, four members of the council have indicated they will attend the virtual event, according to a release. Stoney is expected, as well. RISC expects as many as 1,300 people will tune in.

Said Kunkel, “It is in council’s hands now. We are looking for them to demonstrate the same kind of leadership now that they did when they passed the resolution, and look forward to working with them to amend the mayor’s budget and right the wrong that has been done to Richmond’s most vulnerable and suffering residents.”