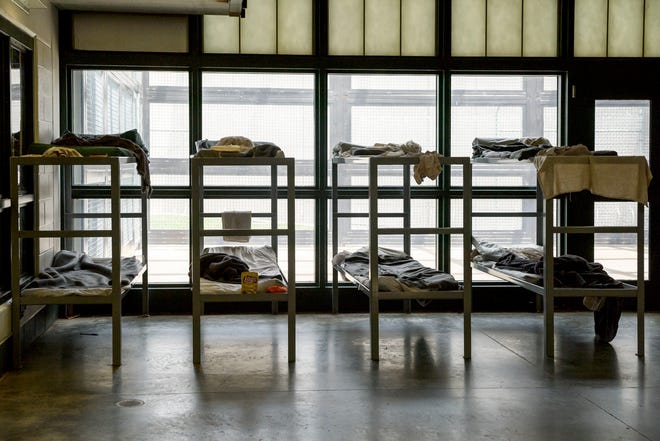 EVANSVILLE, Ind. — As Vanderburgh County leaders ponder what to do about their overcrowded jail, Southwestern Behavioral Healthcare is working to keep more people with mental health needs out of the facility.

The idea is reducing recidivism, getting people treatment and diverting them from jail. Southwestern received a two-year, $3-million federal grant to get the effort off the ground.

“What it allows is creating a mobile crisis team available 24/7, 365 days a year to co-respond with police whenever there is a mental health crisis,” said Katy Adams, president and CEO. “We can intervene with the police officer and follow-up at the person’s home, shelters, anyplace.”

Southwestern is working with homeless liaison officers with the Evansville Police Department and Vanderburgh County Sheriff’s Office to get the program started as early as June.

“Police would do their part and we would do ours, and it would be a team effort in deciding if the person is psychotic and needing treatment.,” Adams said.

An accessible van will be able to transport individuals when necessary, Adams said. Southwestern hopes to have the program operating by June and a staffed, overnight crisis center with about five beds open by early 2022.

“It’s not a hospital, but it’s staffed by people trained in dealing with psychiatric crises,” Adams said. “It’s voluntary, but it’s a safe place for people to go to help them get through the crisis they are in.”

The grant received by Southwestern Mental Health is from the Substance Abuse and Mental Health Services Administration, which is a branch of the U.S. Department of Health and Human Services.

A renewed focus on mental health seems likely to be a part of Vanderburgh County’s strategy to reduce jail population. But it remains to be seen what other steps, if any, county government leaders will take.

The jail on Evansville’s North Side was built with 512 beds and can house about 550 inmates. The facility is continuously full, with overflow inmates housed in other nearby counties.

In 2020, Vanderburgh County had average daily jail population of 665, down from a whopping 806 in 2019. Last year’s decline was due in large measure to the coronavirus pandemic and fewer arrests.

Sheriff Dave Wedding has called for an addition of 180 beds to the jail, as well as a greater focus on mental health care.

With the jail continuously full, Wedding says jail staff are unable to group inmates within the facility according to their needs and circumstances. Having more room would enable more treatment and better results, according to the sheriff.

This would allow cases to be adjudicated more quickly, thereby reducing the time some inmates are spent in jail waiting for trial, the judges say.

All these projects would come at a public cost, however, and county officials cite the pandemic’s negative impact on available revenues. A discussion of the courtroom expansion project is listed on the County Council’s meeting agenda on Wednesday.