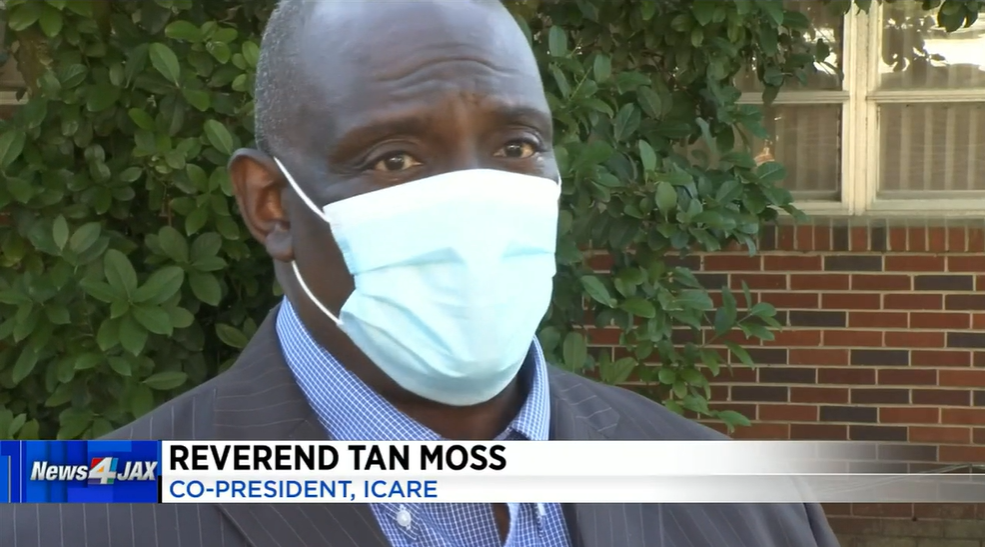 JACKSONVILLE, Fla. – An interfaith group of Jacksonville community leaders is celebrating a pledge from Sheriff Mike Williams, whom the group says has agreed to more discussions about how police respond to mental health crises and alternatives to arrests for minor crimes.

The group — Interfaith Coalition for Action, Reconciliation and Empowerment, or ICARE — made plans to gather Tuesday evening at Arlington Congregational Church in a show of support for what they view as progress with police-community relations.

The coalition is made up of 38 different congregations, all of whom have been asking Williams for months to address how local law enforcement can better handle calls for service that deal with mental health, and to explore the creation of civil citations for adult offenders.

A spokesperson for the Sheriff’s Office told News4Jax on Tuesday that the sheriff has agreed to open a new dialogue with State Attorney Melissa Nelson about ICARE’s concerns.

The group’s members said they played a key role in establishing civil citations for young people charged with nonviolent offenses. Now, they hope that same thoughtful enforcement can be applied to adults who are arrested for minor crimes.

Havens said the group has had an ongoing dialogue with Williams, but now the pastor wants to see this new program take shape. Besides that, ICARE also wants to help improve how police respond to calls for service involving people who might be in a state of mental health crisis.

“He’s using crisis intervention team training, but it’s doing it different than the national model,” Havens said. “We’ve asked him and he’s agreed to having the national group come in and assess what they’re doing and make changes that are more effective.”

Using the national model, Havens said, other law enforcement agencies have designated a select group of officers with specialized training to respond to calls for service with mentally ill individuals. That’s something the pastor would like to see more of in Jacksonville.

ICARE held a meeting Tuesday evening, where the Rev. Kenneth Emmanuel spoke about his experience in trying to take a bar examination.

“I was told I might not be accepted because of my arrest record,” Emmanuel said.

Emmanuel said he made some mistakes as a child, but all were nonviolent offenses. He said a professor saw potential and offered to help.

“I got two lawyers to sign my application to take the bar,” Emmanuel said. “I can’t imagine where id be if that didn’t happen.”

A JSO spokesperson said Williams was unable to speak with News4Jax on Tuesday but said the sheriff plans to speak with the State Attorney’s Office about what more can be done.