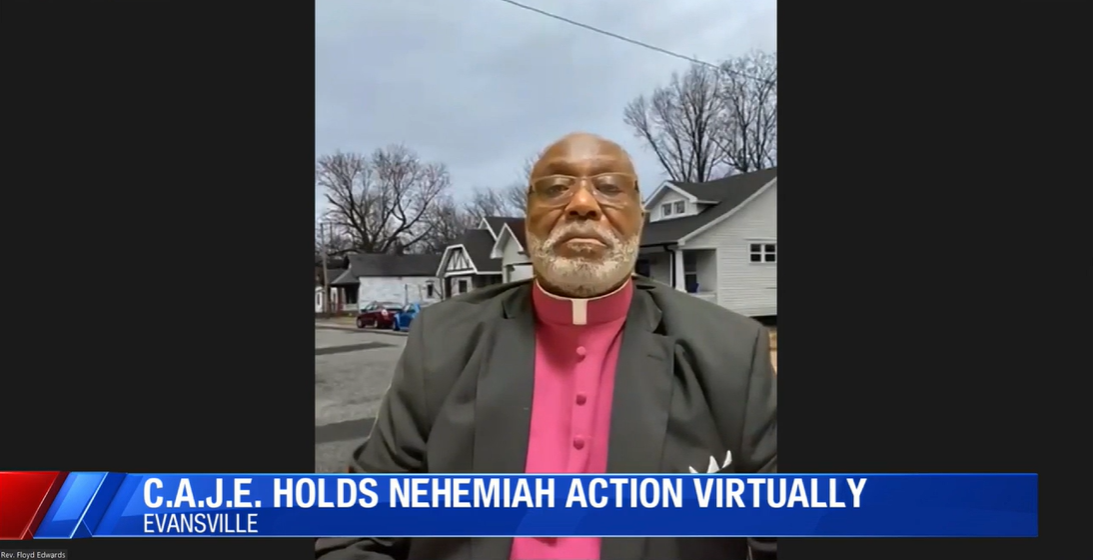 It’s a virtual meeting in which more than 1,200 people from Vanderburgh, Warrick and Posey counties call our local leader’s attention to the big social issues — and demand action.

One of CAJE’s asks was that millions of dollars be put towards the affordable housing trust fund.

“The current trust fund just does not have enough money in it to attract developers. So we need a big influx of money into the trust fund,” said CAJE member Linda Henzman.

While Mayor Lloyd Winnecke’s response to twelve million dollars was “no,” he did agree to a seven figure amount over a two-year period.

“We’ve not seen every community request that we know we need, but suffice to say we understand the need for affordable housing,” said Mayor Winnecke.

Another ask was for 600,000 dollars towards funding staff for a diversion center in Downtown Evansville. The center, which is already built, helps provides support and a place of stabilization for those with mental and substance abuse issues.

“It reduces the number of jail detainees that have to be housed in other counties at greater expense to Vanderburgh,” said Tom Bogenschultz.

“Mental health touches my family in so many ways and the community needs it. Incarceration isn’t always the best option so I’m an advocate to help get to the roots of those problems and center of those problems to alleviate those going into the prison system,” said Stephanie Terry.

“It became apparent that funding the diversion center is one means by which we can invest that money,” said Winnecke.

The Mayor also appointed Pam Decker to serve on the National Network for Safe Communities committee. The city council approved funds earlier this year towards this partnership in an effort to help reduce homicides and other violent crimes.