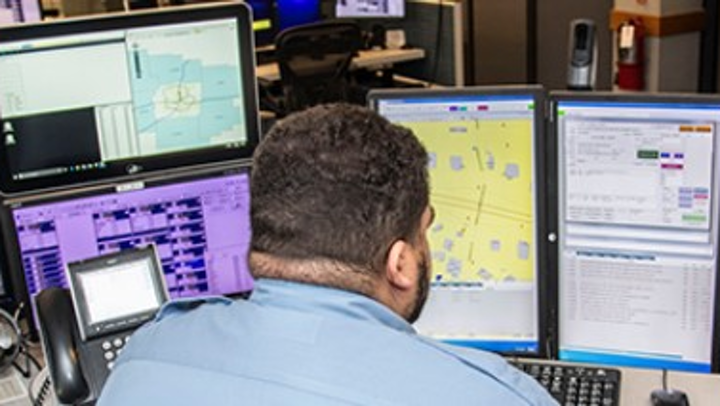 As part of Columbus’ program, a paramedic and a public health clinician will be in the dispatch center to help determine who—police, fire or another agency—should respond to a call.

The city of Columbus is rolling out a four-to-six-week pilot program on Monday that will help determine whether 9-1-1 calls need an emergency response by police and firefighter-medics or by others, such as social workers or clinicans who are better equipped to deal with mental health or substance abuse issues.

“For far too often and long, we’ve asked police officers to be social workers, medics,” Mayor Andrew J. Ginther said Friday during a news conference to announce what is being called the Alternative Response Pilot Program. The event was held at Columbus Public Health near Downtown.

A paramedic and Columbus Public Health clinician will be embedded in the city’s 9-1-1 call center to help triage calls and determine whether police and fire should be responding to calls or someone else, said Columbus Fire Capt. Matt Parrish.

Ginther said that will give police officers more time to deal with the spike in violent crime in the city, along with more community policing. As of Friday, Columbus has seen 71 homicides this year.

“All of this is helping to improve the safety and stability of neighborhoods,” Ginther said.

Community advocacy groups such as BREAD ( Building Responsibility, Equality And Dignity) have urged city leaders to consider forming a crisis response system so trained mental health professionals and social workers could respond to some 911 calls that police often handle.

Some wonder whether such a system could have altered the outcomes of situations such as when police shot and killed 27-year-old Miles Jackson on April 12 at Mount Carmel St. Ann’s medical center after he fired a gun in the emergency department, or when Columbus officer Nicholas Reardon shot 16-year-old Ma’Khia Bryant on April 20 when he saw Bryant going after a young woman with a knife.

Data from the pilot program will be analyzed and used to determine next steps, including a new 988 call center for suicide prevention and mental health issues.

Ginther mentioned the new Franklin County Mental Health and Addiction Crisis Center, a 72,000-square-foot facility that the Franklin County Alcohol, Drug and Mental Health Board acquired at Harmon and Souder avenues. The center would be the place for first responders to take patients in need of addiction or psychiatric care.

The Columbus City Council in April approved the first $3 million of a $10 million commitment toward a new $50 million mental health and addiction center in Franklinton. The center is expected to handle about 30,000 encounters in its first year. It is supposed to open in 2024.

Erika Clark Jones, the president and CEO of the county Alcohol, Drug And Mental Health (ADAMH) board, said officials expect a 23% increase in demand for mental health and addiction services over the next decade.

“We are seeing an increased need for crisis care,” she said.

Marian Stuckey, of Columbus CARE (Community, Action, Resilience and Empowerment) Coalition, said it’s important to have responders dealing with people struggling with mental health or addiction issues to have compassion and empathy while being non-judgmental.

“Any response has to be in alignment with the crisis at hand,” said Stuckey, who is also director of neighborhood social work for Columbus Public Health.

People often call 911 for reasons other than true emergencies, and Parrish said the system has not evolved to deal with that.

The pilot program will help determine the appropriate level of response, he said.

“Sometimes the best response may not be two police officers and a medic,” Columbus Police Cmdr. Dennis Jeffrey said.