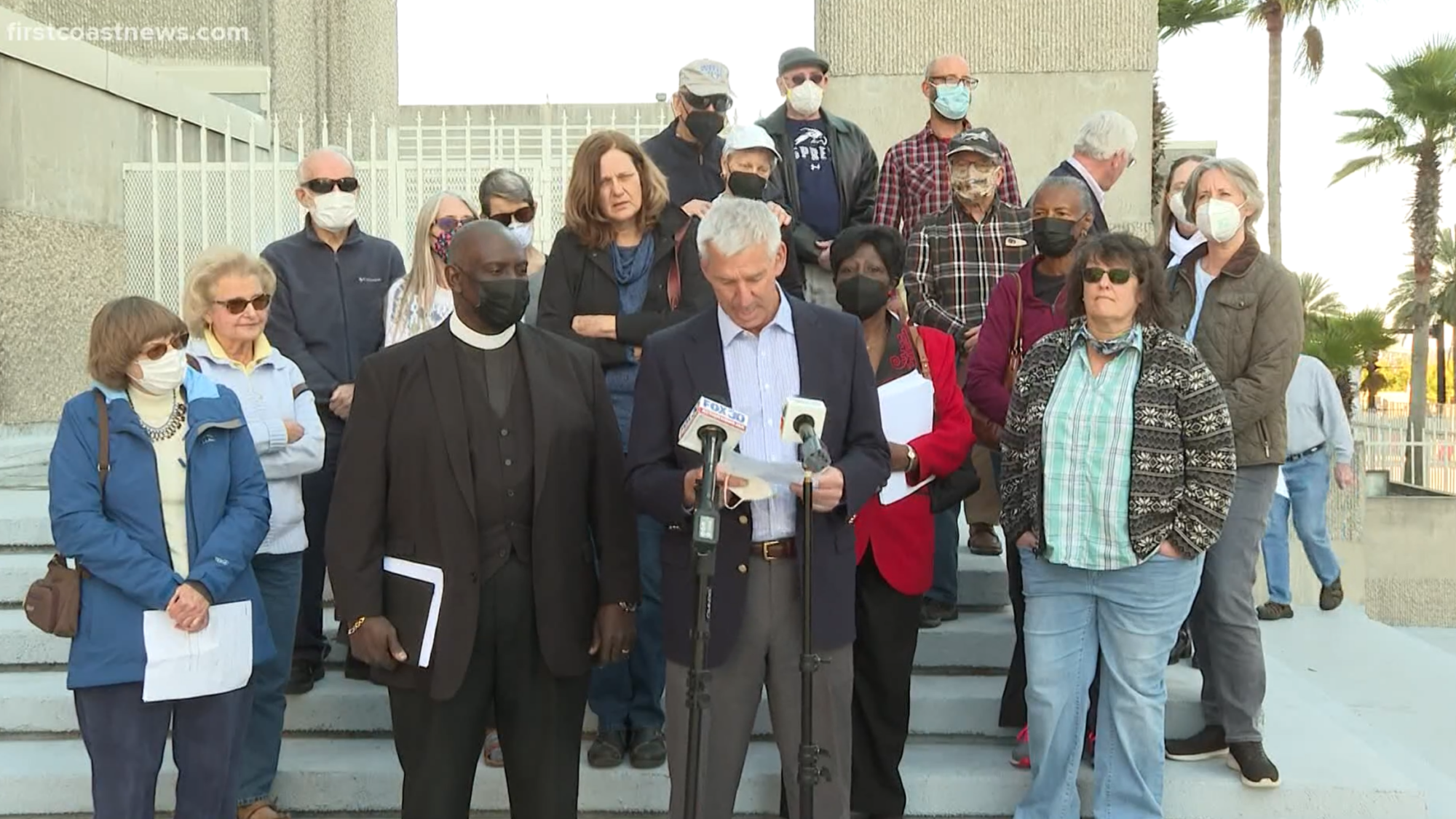 ICARE, the Interfaith Coalition for Action, Reconciliation & Empowerment, says the arrests are undermining public trust in law enforcement and not making the community safer.

“JSO’s efforts to build trust in the community and reduce violence are being undermined by over-policing,” the organization said in an emailed statement. “We’re still arresting thousands of people every year for things like driving with a suspended license. These arrests are a costly burden for taxpayers and soak up valuable time that police officers could be using to solve serious crimes.”

ICARE held a demonstration in front of JSO headquarters to express their concerns.

“These excessive arrests are driving a wedge between police and the community – many in the community fail to trust police because lives are being destroyed over a minor offense,” said ICARE.

“We have a better solution – civil citations for adults in our community,” said the organization. “Civil citations would hold adults accountable without creating a lifelong record. That way, our officers can divert resources towards preventing violence and solving serious crimes”

ICARE says it’s calling on Sheriff Williams to come to the table and get plans started to get an adult civil citation program in place.