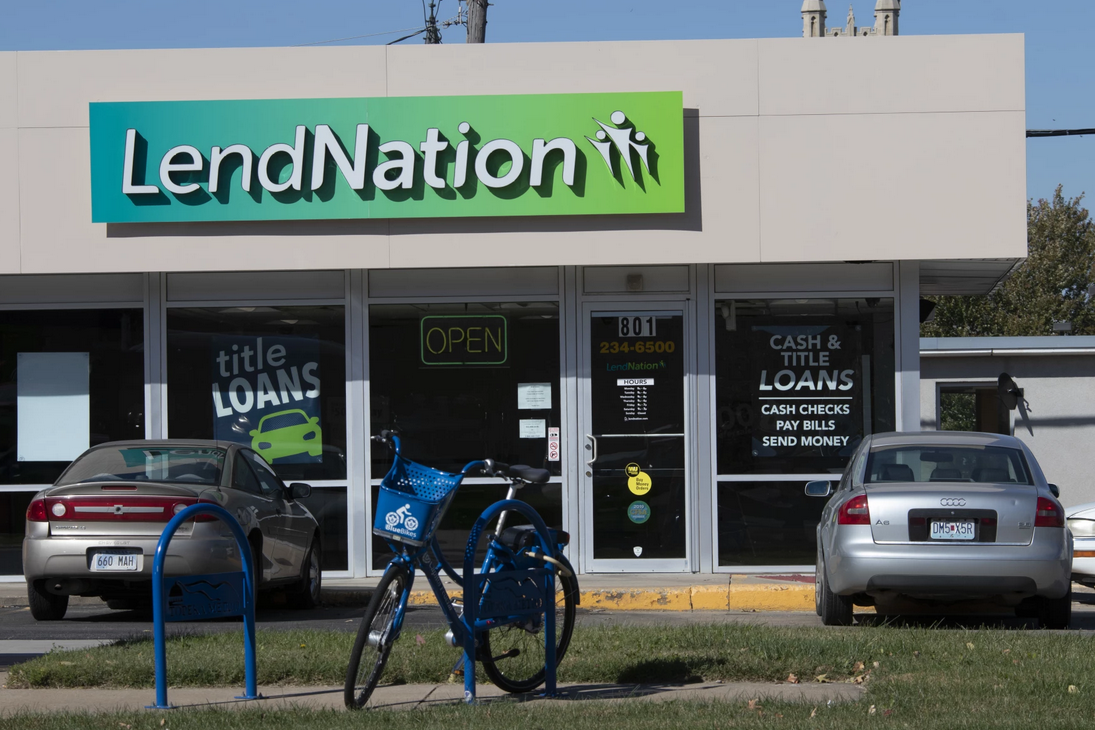 Maria Galvan used to make about $25,000 a year. She didn’t qualify for welfare, but she still had trouble meeting her basic needs.

“I would just be working just to be poor and broke,” she said. “It would be so frustrating.”

When things got bad, the single mother and Topeka resident took out a payday loan. That meant borrowing a small amount of money at a high interest rate, to be paid off as soon as she got her next check.

A few years later, Galvan found herself strapped for cash again. She was in debt, and garnishments were eating up a big chunk of her paychecks. She remembered how easy it was to get that earlier loan: walking into the store, being greeted with a friendly smile, getting money with no judgment about what she might use it for.

So she went back to payday loans. Again and again. It began to feel like a cycle she would never escape.

“All you’re doing is paying on interest,” Galvan said. “It’s a really sick feeling to have, especially when you’re already strapped for cash to begin with.”

Like thousands of other Kansans, Galvan relied on payday loans to afford basic needs, pay off debt and cover unexpected expenses. In 2018, there were 685,000 of those loans, worth $267 million, according to the Office of the State Bank Commissioner.

But while the payday loan industry says it offers much-needed credit to people who have trouble getting it elsewhere, others disagree.

A group of nonprofits in Kansas argues the loans prey on people who can least afford triple-digit interest rates. Those people come from lower-income families, have maxed out their credit cards or don’t qualify for traditional bank loans. And those groups say that not only could Kansas do more to regulate the loans — it’s fallen behind other states who’ve taken action.

Last year, Galvan finally finished paying back her loans. She got help from the Kansas Loan Pool Project, a program run by Catholic Charities of Northeast Kansas.

Once Galvan applied and was accepted to the program, a local bank agreed to pay off about $1,300 that she owed to payday lenders. In return, she took out a loan from the bank worth the same amount. The interest was only 7%.

Now that she’s out, Galvan said, she’ll never go back.

She doesn’t have to. Making payments on that bank loan helped build her credit score until, for the first time, she could borrow money for a car.

“That was a very big accomplishment,” she said, “to know I have this need, and I can meet that need on my own.”

Claudette Humphrey runs the original version of the project for Catholic Charities of Northern Kansas in Salina. She says her program has been able to help about 200 people by paying off more than $212,000 in debt. But it hasn’t been able to help everyone.

“The Number One reason, still, that we have to turn people away,” she said, “is just because we have a limit.”

People only qualify for the Kansas Loan Pool Project if they have less than $2,500 in payday loan debt and the means to pay back a new, low-interest loan from the bank. The program doesn’t want to put people further in the hole if they also struggle with debt from other sources, Humphrey said.

“Sometimes, even if we paid that off, they would still be upside-down in so many other areas,” she said. “I wouldn’t want to put an additional burden on someone.”

Humphrey doesn’t think her program is the only solution. In her opinion, it should be lawmakers’ responsibility to protect payday loan customers the same way they protect all consumers — through regulating payday loans like traditional bank loans.

“Why are these companies not held to that same standard?” she said. “Why, then, are payday and title loan lenders allowed to punish them at such an astronomical interest rate for not being a good risk?”

Catholic Charities is just one of the nonprofits pushing for tighter rules. The members of the coalition include churches and community organizations, said Shanae’ Holman, an organizer with Topeka JUMP, the group that is leading the push.

“There are other states who’ve implemented guidelines that sell you how much income… what percentage of your check can go to a payment,” Holman said. “Those are the types of regulations that we would like to see,”

Currently, the maximum period for a payday loan in the state is 30 days. In comparison, borrowers of small loans in Colorado must have at least six months to pay them back, with no maximum loan period. In Ohio, borrowers have between 91 and 365 days to pay back a loan. If the period of the loan is less than 91 days, the repayment must be less than 7% of the borrower’s net income.

Both states set annual interest rates near 30%. Some states regulate payday loans the same way they do other consumer loans. But Kansas is like most other states, allowing annual interest rates of 391%. That means a two-week loan of $500 at 15% interest can cost a customer almost $2,000 over the course of a year.

The group plans to work with legislators during next year’s session in Topeka.

It’s the first time that such a large group has organized around the cause, said Jeanette Pryor, a lobbyist for the Kansas Catholic Conference. Payday loan reform is a perennial topic at the Statehouse, she said, but it’s hard to convince lawmakers to increase regulations.

“That was something that I heard in the beginning. ‘Why can’t an adult make a rational decision on their own? Why do we have to legislate this?’” she said. “The larger the coalition, the more opportunities to educate legislators.”

Nick Bourke is the director of consumer finance at Pew Charitable Trusts. It pushes for reform of payday loan laws. He said reform is long overdue in Kansas, which hasn’t updated its payday loan laws since 2005.

“It’s possible to provide small-dollar credit, even to people with damaged credit histories, for much less money than what Kansans are paying now,” he said. “But Kansas laws are outdated.”

In 2014, Pew Charitable Trusts conducted research on payday loan usage in each state. The organization found that 8% of Kansas residents had used payday loans in recent years, higher than the national average of 5.5%. The typical income for a borrower was $30,000.

The Office of the State Bank Commissioner, David Herndon, which regulates loans and penalizes lenders for breaking the rules, refused to be interviewed in person or over the phone, but did answer questions through email. Deputy Bank Commissioner Tim Kemp said the agency only enforces existing law and doesn’t weigh in on proposed changes.

An Option For Credit

Payday lenders say they offer affordable credit to the large proportion of Americans who don’t have enough cash to cover an emergency expense. The Community Financial Services Association of America, an industry group for small-dollar lenders, declined an interview due to scheduling conflicts, but sent a statement through email.

Some Kansas customers, like Keri Strahler of Topeka, say the loans are helpful.

Strahler doesn’t work, and most of her income comes from Social Security Disability Insurance. This year, she took out three payday loans to cover medical debt, and said she hasn’t had trouble paying them back.

She knows many people perceive the loans as predatory. But for Strahler, borrowing has alleviated more stress than it’s caused. Her credit cards were already maxed out, and the loans helped her avoid being taken to court or having to sell her furniture to cover her debt.

“I chose the payday loans because I wanted them immediately addressed,” she said. “It’s been very helpful.”

Humphrey, of Catholic Charities, acknowledges the loans can be helpful for some customers. The question is whether the state can keep others from being exploited.

“I’m not saying there’s not a place for them,” Humphrey said. “(But) is there a better way to do what they do so that it’s not devastating families?”