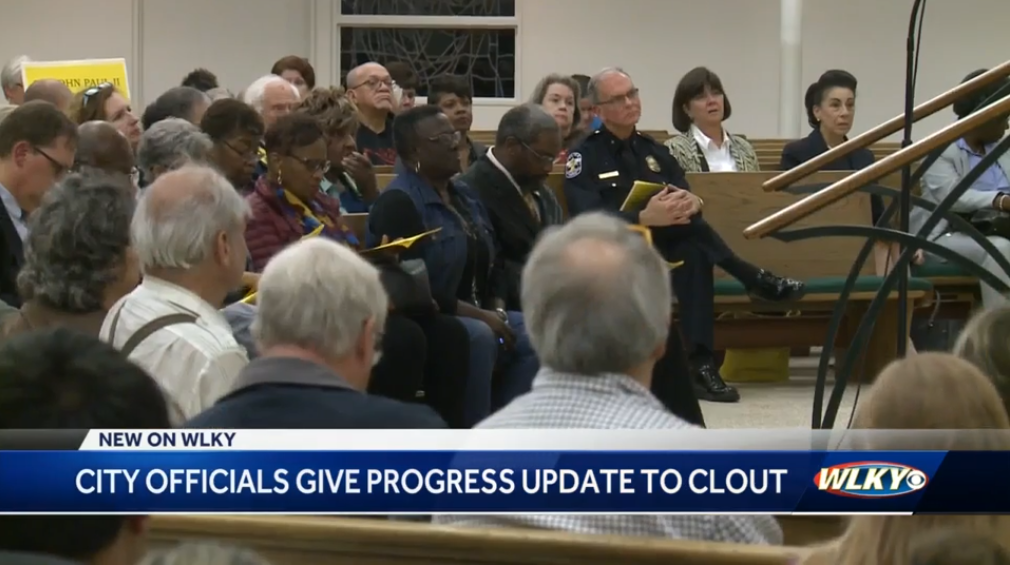 LOUISVILLE, Ky. — Hundreds of leaders from around the community gathered to hear from top city officials on the progress being made around four key issues.

Citizens of Louisville Organized and United Together, or CLOUT, first met in March when officials committed to changes in schools, housing, addiction treatment and care for seniors.

“This is a community engagement effort that is to include several opportunities for people in our community to come together to work with us to figure out ways for the police and community to work more closely together,” Conrad said.

Jefferson County Public Schools Superintendent Dr. Marty Pollio said through the use of “restorative practices,” suspensions have fallen 50 percent in this past year.

Councilwoman Barbara Sexton-Smith, Tanya Montgomery, of the Louisville Affordable Housing Trust fund, and officials from the University of Louisville’s Trager Institute also spoke at the meeting.